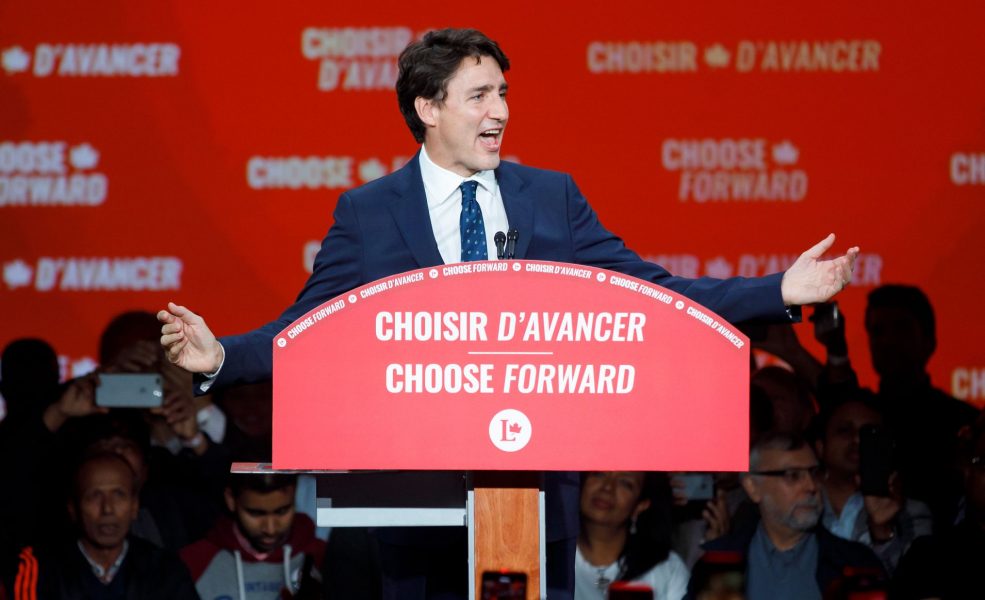 The 2019 Canadian federal election came to an end last night, with Justin Trudeau once again coming out on top, winning the mandated to return to Ottawa as our Prime Minister, albeit this time with a minority government. So with the Liberals staying in power for a second term, does that mean it’s business as usual when it comes to cannabis?

Well, yes and no. Trudeau’s Liberals holds 157 seats – they needed to win at least 170 seats to win a majority – which means that Trudeau will have to rely on the support of other parties, most likely the NDP (which won 24 seats in the election and this party most politically aligned with the Liberals) in order to govern as they wish and pass legislation.

Out of the 338 seats up for grabs in the Canadian federal election, here’s how it all shook out according to CBC:

This end result of Canada federal election has gives the New Democratic Party a lot of leverage, as their 24 seats would go a long way in getting the Liberals past the 170 seat mark, and considering minority governments historically tend to have a shelf life that gets checked around 18 months, Trudeau will have to very dependent on NDP support in order to remain in power.

So what does the 2019 federal election result mean for you? Where does the NDP stand on cannabis?

As recently as August of this year, Matthew Green, the newly elected NDP MP for Hamilton Centre, said:

“Cannabis is legal, and having been in possession of a small amount of it should not impact your job, or your ability to travel.”

NDP leader Jagmeet Singh has also criticized the year-long delay it took to legalize edibles, extracts, and topicals, saying it should’ve happened sooner since these have already been available on the black market for years. The legislation for cannabis edibles, extracts and topicals were finally passed mere days ago, on Oct. 17, 2019, which is exactly one year after recreational cannabis was legalized and just prior to the general election.

But the wait for edibles isn’t over yet, as Health Canada’s lengthy approval process means we won’t see any legal edibles on shelves until at least December.

Here’s hoping the NDP can influence and help steer the Liberal’s cannabis policy in a more positive and progressive direction.

Interestingly, of all the federal party leaders, only three have admitted to past cannabis use– Liberal leader Justin Trudeau, Conservative leader Andrew Scheer, and People’s Party of Canada leader Maxime Bernier.

Editor in Chief Note: Don’t expect to hear much from the right-wing PPC anytime soon, as the anti-immigration and climate change denying party was fully shutout of Parliament last night.