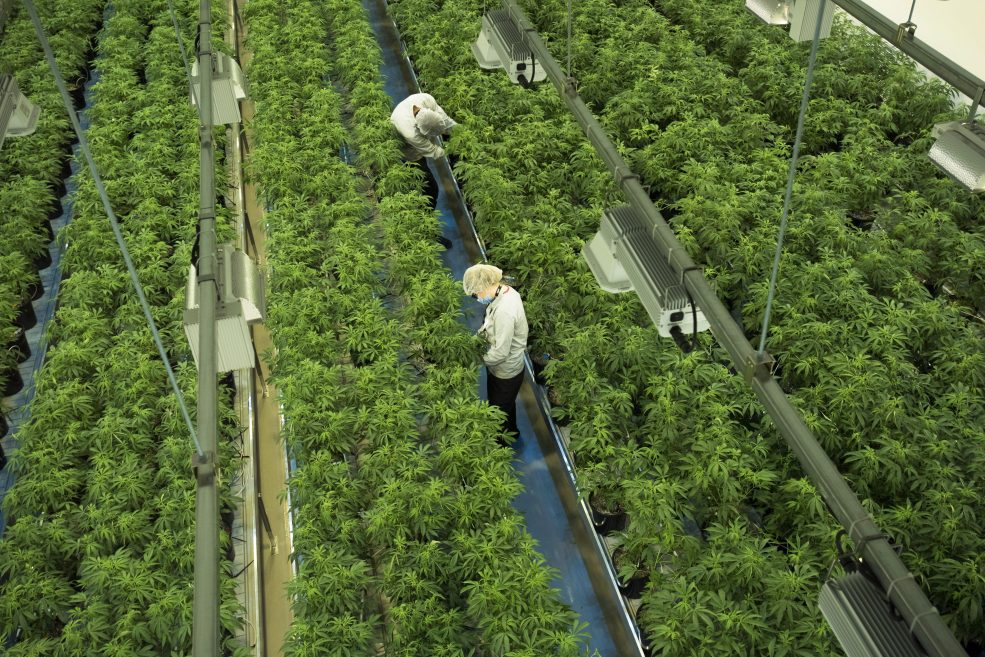 In January of 2018, Aurora Cannabis Inc. (TSX:ACB)(NASDAQ:ACB) promoted long-time head of investor relations Cam Battley to the position of Chief Corporate Officer. Battley had earned it. The Aurora stock price was cresting at $14 as the well-traveled and often re-told story about Aurora’s ambitious plan to build a series of industrial-sized, fully automated greenhouses made its way through the popular investor zeitgeist with sustained strength. With the help of big Canadian banks and brokerage houses, Aurora cemented an expectation in the popular consciousness that the successful industrial cannabis producers of the future will be the companies who control the most licensed floor space, and that the companies who have that floor space planned and financed in the near term are on the inside track. “Funded capacity,” became central to equities research; a measure by which investors compared companies. It pervaded in pitch decks and message boards as companies sold stock, cashing in on the concept that building a functional, industrial-scale cannabis farm was a matter of having it financed.

Like any kind of popular fiction, that particular line of wishful thinking is appealing, and Aurora did their best to foster its appeal. Battley’s ascent within the organization was a direct result of his relentless presence as a front-facing pitchman, managing the Aurora message and ensuring that it landed with retail and institutional investors alike, and consistently. A very friendly and knowledgeable Battley had been known to engage in one-on-one discussions with individual shareholders who had got cranky on twitter. He was a consistent media presence and easy to get a hold of, always good for a quote. It was some of the best investor relations work this reporter had seen in a long time from a company of any size, and it helped Aurora become a sector leader in volume and market cap. Aurora was setting the tone, and used its inflated valuation to acquire MedreLeaf, Cannimed, Whistler Medical, and various other smaller ancillary companies as it went. For all his trouble, Battley was fired just before Christmas 2019.

The cannabis equities market in 2020 is a different animal than it was in 2019. Not because investors became any less susceptible to wild expectations, there will always be a market for an appealing narrative, but because the expectations that built the bubble haven’t delivered. Attempts at building a hype cycle on edibles and extracts haven’t worked out yet, and the massive zombie companies leftover from the capital party that financed these builds haven’t managed to sell any cannabis at a net profit. Literally, not one public licensed producer has produced a bottom-line profit, and the largest LP, Canopy Growth Corp. (TSX:WEED)(NYSE:CGC) printed a ‘top line’ loss in their most recent quarter.

While the Canopy stock price has seen a resurgence in the past few weeks, it is barely making a dent in the absolute pounding that it endured over the summer. The firing of CEO Bruce Linton by a board controlled by majority shareholder Constellation Brands (NYSE:STZ) this past July, telegraphed an intention by the U.S. liquor brand to end a corporate direction that prioritized the stock price over operational success, and it worked.

The sector bellwether is off nearly 80% since the summer, and while Constellation evidently sees no reason to prop up the price of the money-losing company at the moment, they’re likely going to have to put money into it again before it starts to look and act less like a venture and more like a business. Linton’s expert sale of a majority equity stake to Constellation in 2017 for $5 billion included the right to do another round of financing at $75/ share which, from here, looks ridiculous. Expect Constellation to use the $1 billion in remaining cash (as of September) to patch the holes as best they can, before re-capitalizing Canopy at whatever this depressed market says it’s worth.

Last week, the company’s decision to hold off on its launch of cannabis-infused beverages sent a chill through the market. If a cannabis company run by a beverage giant can’t come up with a formula they believe in, can anybody?

Namaste Technologies (TSX.V:N) might have been the best example of a company that made hay while the sun shone during the green rush. Infamous former CEO Sean Dollinger’s relentless media presence and aggressive enthusiasm quickly inflicted an extended retail investor following with “Namaste fever.” During the boom, the company had a news release out nearly every day, whether they had something to report on or not, and Dollinger would reliably do a Youtube live stream every Wednesday at 4:20 pm.

The pitch was that the vape-selling e-commerce company would use a Health Canada processing license to eventually become the “Amazon of weed,” with an assist from the various half-built ancillary businesses that they amassed under the umbrella. That did not materialize. And the stock began a prolonged slide in February that started with a missed filing deadline and some accounting irregularities that ended up basically amounting to sloppy bookkeeping.

In a bizarre twist, Dollinger can reasonably wash his hands of the fact that the plan never came together. The board of directors forced him out in January of 2018, less than four months after he completed Namaste’s last major capital raise, a $51 million bought deal underwritten by Eight Capital and Canaccord.

That all being said, the Namaste stock price is in the middle of an apparent resurrection, so far, in Early 2020, as the chocolatier they bought a 49% stake in 2018 was awarded a Health Canada processing license, giving the company a nominal entry into the cannabis 2.0 landscape. To date, licensed producer edible offerings have been underwhelming, and Namaste is clearly hoping to create some traction in the new market to make up for the dismal performance of their dried cannabis, software, and accessories divisions.

In a weird trend, strong retail followings don’t go away. People have a tendency to ride out losses, not wanting to admit that they have been duped, knowing full well that something that was once overvalued can become overvalued again. Brand recognition is valuable in the stock promotion game.

For all its dismal earnings, inflated capitalization table and wasteful spending, Namaste doesn’t have any significant debt and doesn’t figure to run into selling pressure from outstanding warrants or options until the stock price gets north of a dollar.