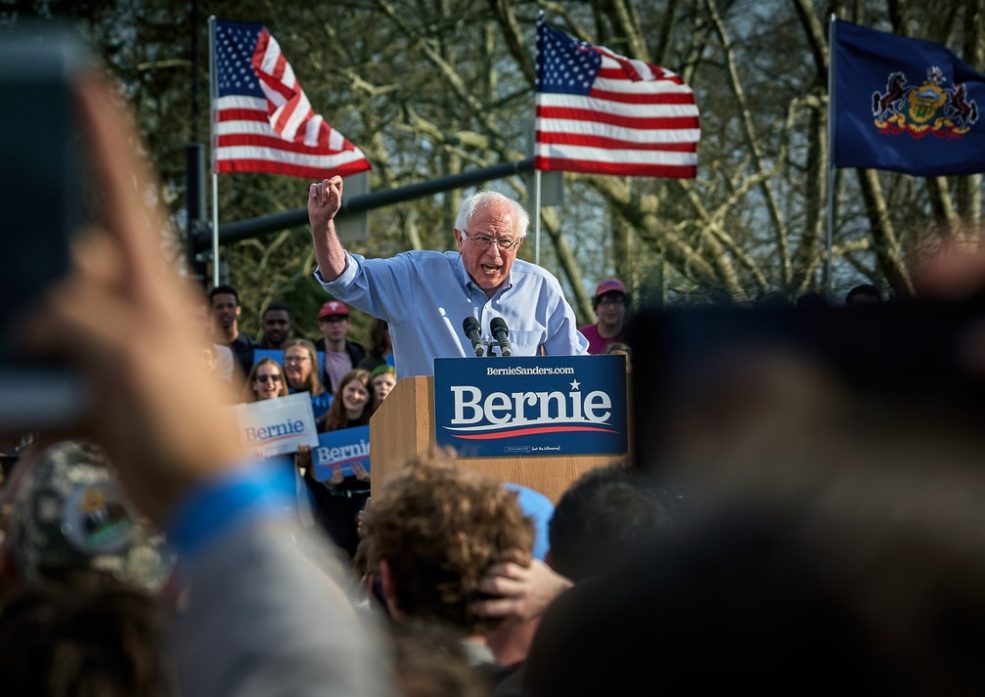 At precisely 4:20pm, Thursday afternoon, Bernie Sanders unveiled his plans for cannabis legalization, the most ambitious to date.

“Too many lives were ruined due to the disastrous criminalization of marijuana. Today I am releasing my plan to: Legalize marijuana with executive action, expunge past marijuana convictions, [and] invest in communities most affected by the War on Drugs,” he tweeted.

With his proposed plan, he would legalize cannabis within the first 100 days, through the signing of an executive order, that would direct the attorney general to declassify marijuana as a controlled substance. This would remove it from the drug scheduling system and effectively legalize cannabis at a federal level.

This would be followed by a push for Congress to pass a comprehensive bill, to ensure permanent legalization. It is important to note, however, as per the system in place in the United States, although this motion would legalize cannabis at the federal level, individual states would still need to legalize at their level.

Modelled upon the cannabis conviction pardons that were announced earlier this year in Canada, under President Sanders, a move would be made to enact overarching expungement of past cannabis conviction, a step that would go further to right many past wrongs, and one that would move to “eliminate barriers to public benefits for people who have interacted with the criminal justice system.” The plan would also call for the review of current prison-sentences related to cannabis convictions.

The Sanders plan would also take action to ensure that revenue from the cannabis industry is pumped back into those same communities that have historically been negatively affected by the War on Drugs. Sanders promises to use the new tax revenue to create a $20 billion grant program for “entrepreneurs of color who continue to face discrimination in access to capital”, along with an additional $10 billion grant program for businesses “that are at least 51% owned or controlled by those in disproportionately impacted areas or individuals who have been arrested for or convicted of marijuana offences.”

One of the standouts of Sanders’ proposal and one that is very on-brand for the Democratic candidate is its focus on “anti-monopoly” – making the effort to steer cannabis away from the growing industry move towards one modeled after “Big Tobacco.”

“This new legal economy would be robust and provide pathways for wealth generation and ownership for tens and thousands of people, as opposed to just a handful,” he says. His plan would aim to restructure cannabis businesses more in keeping with nonprofits and less like corporations, as well as banning tobacco companies from participating in the cannabis industry.

Currently, recreational cannabis is legal in 11 states and Washington, D.C., but being illegal at the federal level, it has been difficult for cannabis business owners to work with banks or file for certain deductions. Recent measures passed through at the federal level have aimed to curb that, and open up the market further.

While Bernie Sanders is not alone in proposing cannabis legalization, as Elizabeth Warren would similarly take an executive action to legalize marijuana, and fellow candidate Andrew Yang has said he would pardon those locked up for cannabis offenses, high fiving them on the way out, Sanders’ plan is the most ambitious, as it would aim to accomplish this historic change within his first 100 days.

His plan has had an immediate effect on Twitter, and social media, with many feeling the Bern, hoping he brings 420 to the White House.