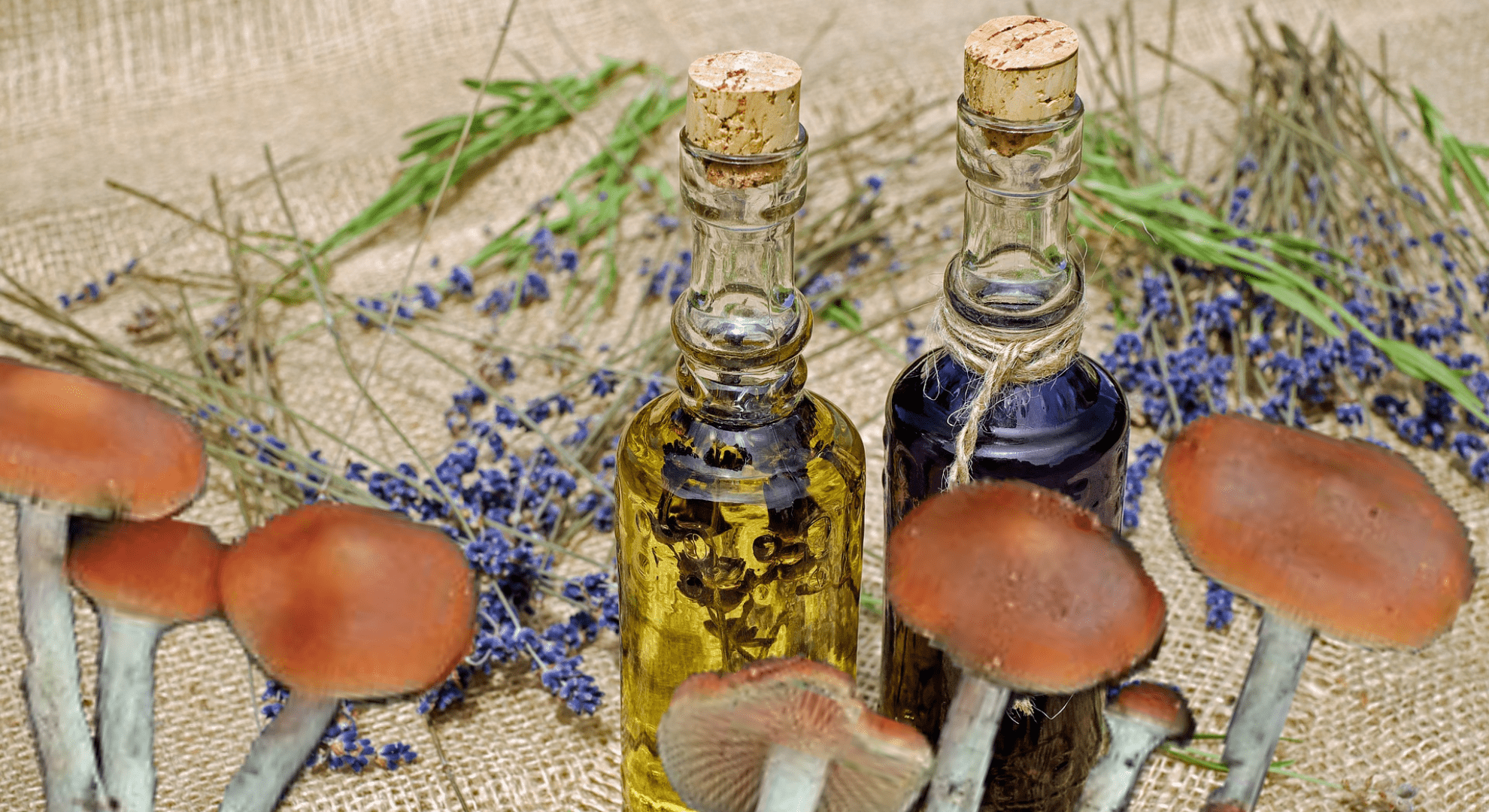 Do mushrooms have terpenes and an entourage effect?

Mycologist, Paul Stamets, gave incredible wisdom with a specific type of psychedelic mushroom during a MAPS presentation. This advice is perhaps only needed for the strongest of the species known to man, but as it turns out, there is more to a shroom than psychoactive tryptamines. Lab tests have revealed that fresh mushrooms contain the more delicate and aromatic terpenes, and now, there is even more mystery about a possible entourage effect.

A terpene theory for medicinal plants — and mushrooms?

Delic Labs recently found these important molecules in fresh psychedelic mushrooms. While chatting with two chemists from their lab about basic chemistry and the shelf-stability of magic fungi, President and CSO, Dr. Markus Roggen, announced a fresh discovery.

We just yesterday had a fresh sample of psilocybin mushrooms in our lab, and there were a lot of terpenes in there that we could see. So, fresh mushrooms have a flavour and a smell to them.

Terpenes are a large class of molecules found throughout nature. Fatty acids or modified glucose metabolism, for example, are two ways it’s derived. Therefore, plant essential oils are usually rich with terpenes that contribute to odour and flavour.

Often thought that beyond the palate or nose, terpenes alter the therapeutic benefits of medicinal plants such as cannabis. This theory is known as the entourage (or ensemble) effect. After more than a decade, scientists are still uncertain about this mystical property of full-spectrum cannabis products. And yet, more mysterious still is how terpenes synergize into the entourage effect of psychedelic mushrooms.

What’s in a terpene?

This class of smelly and tasty compounds separate into four different categories based on the number of atoms. Terpenes that consist of 10 and 15 carbon atoms have the prefixes mono and sesqui, respectively, whereas di and triterpenes have 20 and 30 carbons, respectively.

Cannabis consumers are familiar with mono and sesquiterpenes, which are lighter and therefore more volatile. On the other hand, documented with Triterpenes are cannabis roots and some mushrooms in the past. These larger molecules are more stable, less volatile, and do possess therapeutic properties.

What terpenes are in a mushroom?

Looking at the quick analysis yesterday, we saw some alpha-pinene and beta-caryophyllene — some mono and sesquiterpenes in relatively small abundances. The most abundant sesquiterpene we observed was alpha-copaene. But we’ll have to dig through the rest of that to find out what’s in that sample and what we can extract out. So, we are still developing methods to accurately map out the composition of these [mushrooms]. How fresh is fresh?

We need to have very robust standardized methods to make sure we can accurately report the concentration of all these compounds, too.

Stamets — known for making a psilocybin concoction with fresh mushrooms — gave a light-hearted warning about the strain, psilocybe azurescens. High doses of this rare varietal can cause temporary paralysis. Of course, psychoactive alkaloids likely cause this startling reaction. That said, any terpenes present can theoretically alter the most bizarre effects. However, other phyto-compounds such as terpenoids and beta-carbolines can also potentiate their therapeutic potential. Regardless of the true root cause, Stamets more recently co-authored a study that better proves psilocybin mushroom microdosers experience improvements in their mental health. (1)

In any case, the presence of volatile terpenes suggests that the quality of psychedelic mushrooms might depend on how well they are stored. And storage will help preserve the variety of psychedelic tryptamines before preparing into a tea or lemon tek, for example.

Let us know in the comments if you were surprised to learn that fresh mushrooms have terpenes and a possible entourage effect. And stay tuned to learn more about psychedelic mushroom chemistry, the nuances of tea and lemons, and how to stop the magic from turning blue.