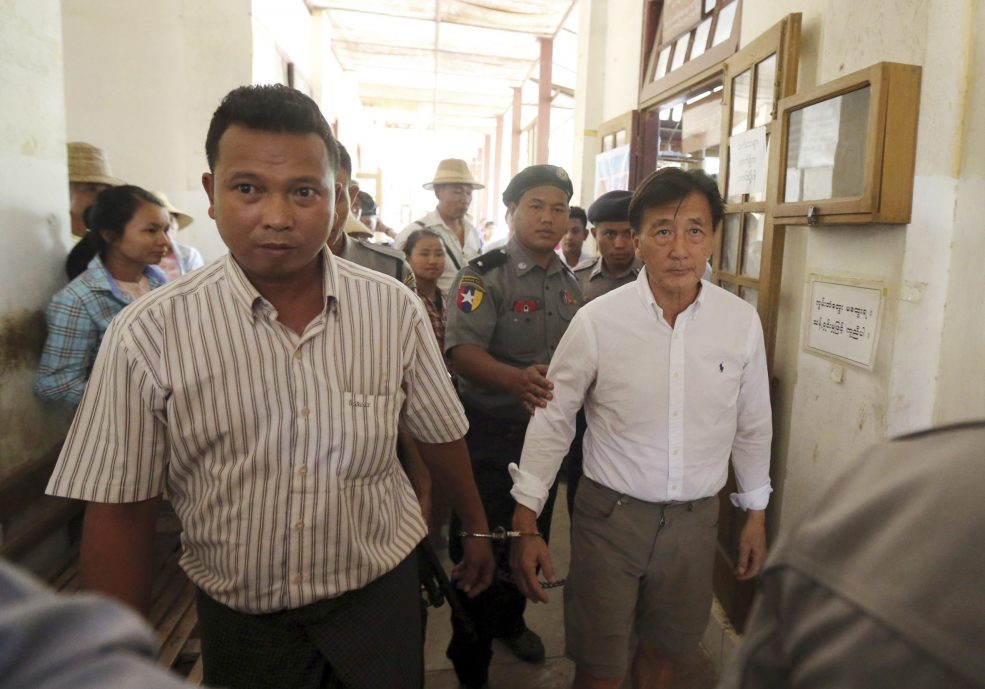 YANGON, Myanmar — A court in Myanmar on Tuesday sentenced a local employee of an American-owned hemp farm to 20 years in prison for violating drug laws concerning marijuana.

Shein Latt was one of three people arrested last April when police raided the 20-acre (8-hectare) plantation on an industrial estate in central Myanmar.

Police deemed the operation illegal because the farm was growing cannabis, which is against Myanmar law. Shein Latt said he was responsible for installing the farm’s irrigation system.

“I want to say I strongly believe that he didn’t do anything wrong,” Thein Than Oo, a lawyer representing Shein Latt, said by phone after the sentencing. “We will carry out an appeal as soon as possible.”

The company behind the enterprise, III M Global Nutraceutical, contended that the plants are hemp, a non-intoxicating form of cannabis that can be processed into CBD — cannabidiol — a compound that many believe has health benefits.

Marijuana is another form of cannabis and is also a source of CBD. But it has psychoactive effects, causing a high. Myanmar law does not clearly distinguish it from hemp.

The company also said it had permits from the regional government in Mandalay, where the farm was located, to cultivate hemp.

The court handling his case earlier this month ordered that his bail of 325 million kyats ($243,000) be forfeited because he had failed to turn up for several court appearances.

Todoroki’s lawyers have been quoted in the Myanmar press as saying they lost touch with their client last November. A story about Todoroki published last month in the online publication GEN said he had fled to the United States.

The third arrested person, Shunlei Myat Noe, a young Myanmar woman who briefly acted as a translator at the farm, was freed last month. A court dismissed her case after ruling that she bore no responsibility for the farm’s operation.