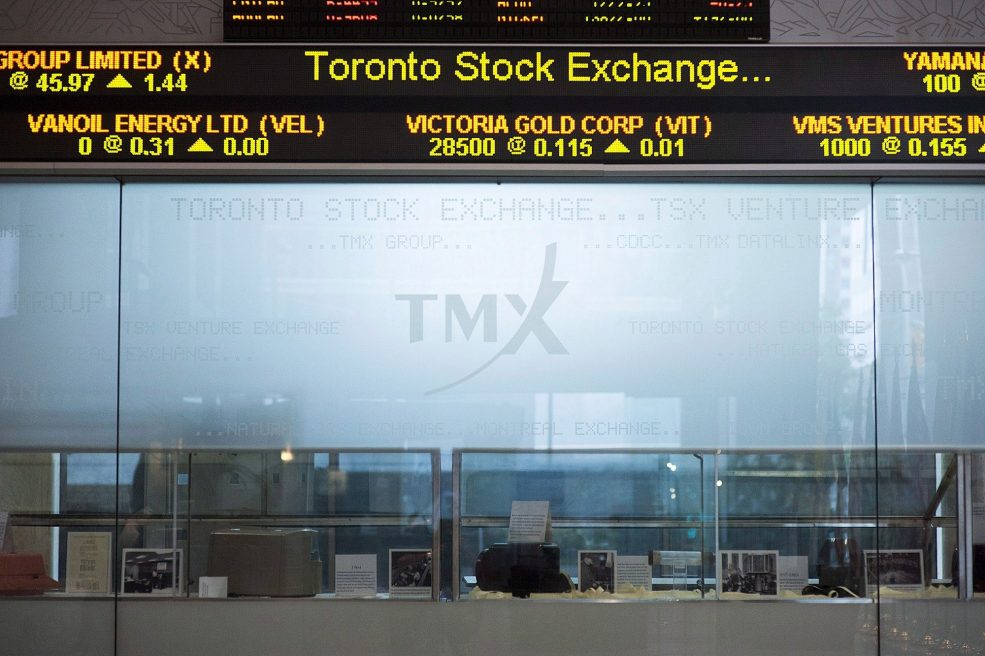 The bull run of rising stock prices that has endured more than 11 years is expected to resume its climb in the second half of the year after the economic effects of the novel coronavirus subside and monetary and fiscal stimulus kicks in.

In the meantime, markets may continue to drop, possibly five to 15 per cent, before recouping losses to end the year higher, says Candice Bangsund, portfolio manager for Fiera Capital.

“We are going to see near-term volatility — short-term pain for long-term gain, that is our base case,” she said in an interview.

Fiera trimmed its year-end forecast for the TSX to 18,200, which would imply a 27.5 per cent increase from the current level.

Strategists at Goldman Sachs on Wednesday sharply cut their expectations for earnings growth this year, which they said could drag the stock market S&P 500 index down to 2,450 in the middle of the year for a nearly 28 per cent drop from its record.

The banking firm also says the drop will be short lived, with the S&P 500 possibly rising back to 3,200 by the end of the year.

The midweek downturn marked a large swing from the prior day’s trading and wild market gyrations over the past couple of weeks. In addition to the WHO designation, investors were concerned by the lack of details on U.S. President Donald Trump’s promised large fiscal stimulus and falling oil prices.

“Of course markets were extremely disappointed going into the open this morning,” said Bangsund, before Trump said he would give a national address from the Oval Office on Wednesday evening.

“I think in general the expectations are for fairly aggressive and forceful, most importantly, co-ordinated moves from policy-makers, and we haven’t yet seen that come to fruition.”

Bangsund said investors were underwhelmed by the Canadian government’s $1-billion package to help the country’s health-care system and economy cope with the novel coronavirus outbreak as the number of cases in Canada grew.

She said it was met with a muted market response “partly because it’s not an overwhelmingly impressive stimulus package” but also because it was offset by virus-related headlines from the WHO.

The Canadian dollar traded for 72.75 cents US compared with an average of 72.83 cents US on Tuesday.

All 11 major sectors on the TSX decreased in a broad-based decline of between three and 7.4 per cent.

Energy was the worst performer as crude oil prices once again fell as the United Arab Emirates joined Saudi Arabia in agreeing to boost production in a war with Russia. That caused Crescent Point Energy Corp.’s shares to drop 15.6 per cent, followed by Imperial Oil that was down nearly 14 per cent.

“The oil supply shock has come at a very inopportune time when global oil demand was already being contracting, so that of course has added to an already fragile global economic backdrop,” Bangsund said.

Health care and materials were each down more than 6.5 per cent. The Green Organic Dutchman Holdings Ltd. and Aurora Cannabis Inc. were off 20.4 and 12 per cent respectively while shares of First Quantum Minerals Ltd. dropped 11.5 per cent on lower metal prices.

The best performer on the day was telecommunications and consumer staples.