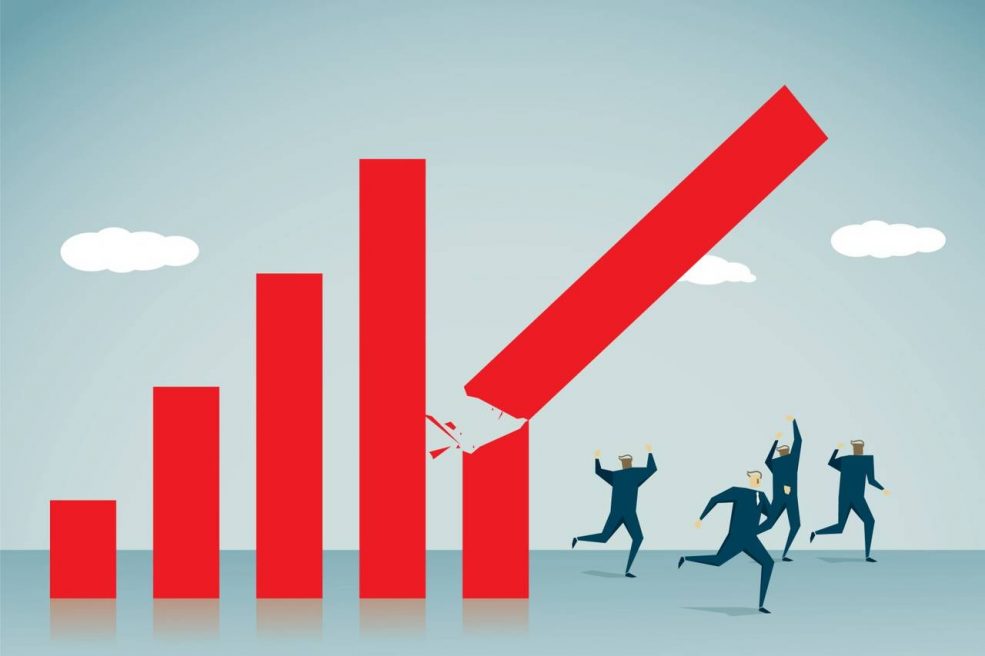 TORONTO — The main stock indexes (TSX and Dow)  in Canada and the U.S. suffered their worst day of the year on Wednesday as North American markets plunged on growing fears of a global recession.

“It has been a pretty violent day in the markets,” said Candice Bangsund, portfolio manager for Fiera Capital.

There was disappointing economic data in China, the German economy contracted and factory production in Europe plunged the most in three years in June.

And then, yields for two- and 10-year bonds inverted for the first time since before the Great Recession, adding to investor angst.

“So all of these economic indicators were signalling that the global economy is undergoing a slowdown and that the trade uncertainty is weighing on global growth,” she said in an interview.

There was a sea of red across all 11 major sectors of the TSX.

Health care fell 5.7 per cent as The Green Organic Dutchman Holdings Ltd. dropped more than 14 per cent and Aurora Cannabis Inc. was off 8.2 per cent.

Energy decreased 3.4 per cent as crude prices fell on worries that slowing economic growth would curtail demand. Crescent Point Energy Corp. was down 8.4 per cent, followed by other Canadian energy producers.

Defensive sectors like utilities outperformed more riskier asset classes but were still down. So was materials even though the flight to safety helped push gold prices to a new six-year high.

The defensive moves also saw a sharp downward move in bond yields, a possible warning that another recession is on the way.

All recessions have been led by yield-curve inversions and since 1957, there have only been two false signals when the yield curve inverted but a recession did not follow: 1966 and 1998.

“There have been false signals in the past and our belief is that this is one as well,” said Bangsund.

The day’s market jitters marked a continuation of heavy volatility marked by large swings from big losses on Monday to a recovery Tuesday.

“Yesterday was a good day and we actually thought that maybe this was the turning point in risk sentiment and appetite for risky assets,” Bangsund said, adding that she expects volatility to continue in the near-term as the “trade debacle” between the U.S. and China lingers.

Nonetheless, she expects to start seeing signs of a revitalizing global economy later in the year that will prompt equities to rally and bond yields to rise.

“We think this move in fixed income or in bond yields is not justified given the fairly sound economic backdrop…We think this is really short-term pain for long-term gain so we’re recommending that our investors stay invested.”