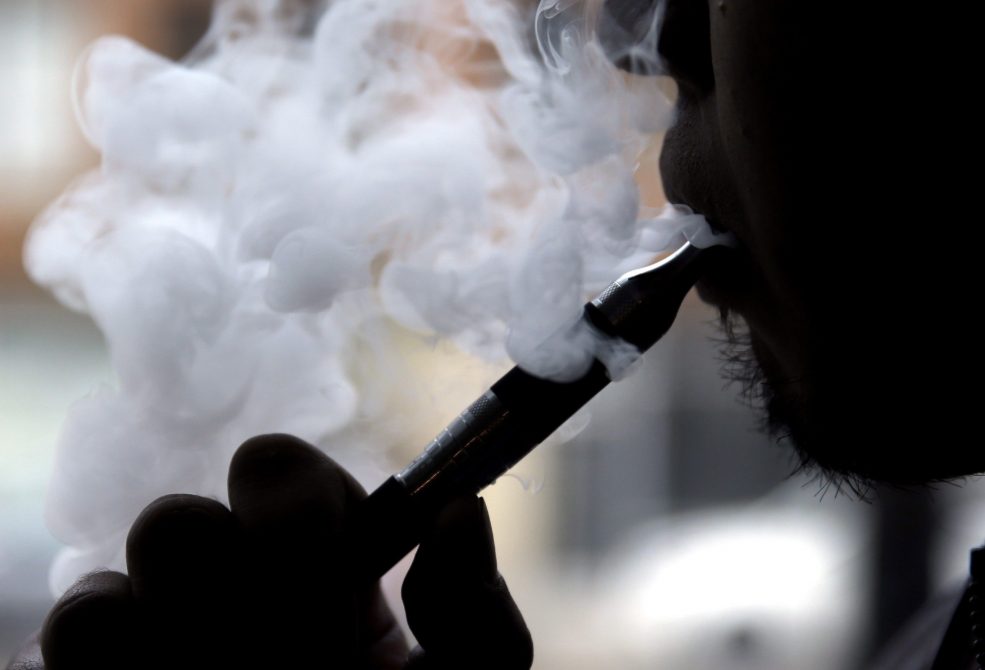 Vaping and cannabis use in teens – New Research

MONTREAL — Teens and young adults who use vaping (electronic cigarettes) are significantly more likely to use cannabis as well, according to a new study co-authored by a Canadian researcher.

Chadi’s analysis of previous research, published in JAMA Pediatrics, found that the likelihood of marijuana use was three to four times higher among youth who vaped.

One of the key findings showed the risk for younger adolescents aged 12 to 17 was higher than for young adults aged 18 to 24 years.

“It’s an important discovery for us,” said Chadi, who is now based at Montreal’s Ste-Justine Hospital but conducted the research during a previous posting in Boston.

“The risk is higher for both sub-groups, but it’s almost twice as high for the younger ones.”

Vaping and Marijuana Use

The study, titled “Association between electronic cigarette use and marijuana use among adolescents and young adults,” analyzed 21 previous academic papers encompassing some 130,000 participants. Chadi worked on the project while he was a pediatric addiction fellow at Boston Children’s Hospital and Harvard Medical School.

The results of the study are in line with current medical knowledge that shows young brains are less developed and more susceptible to substance use and addiction, Chadi said in an interview.

Both nicotine and cannabis affect the neural pathways associated with pleasure and reward. Chadi said both substances could make the brain more sensitive to other psychoactive subtances and addictive behaviours during adulthood.

“The younger we are, the more the brain is susceptible to becoming addicted to substances, therefore the risk of consuming nicotine or vaping is even higher for younger teenagers,” he said.

Vaping Leads Directly to Cannabis Use

He said the analysis doesn’t go so far as to conclude that vaping leads directly to cannabis use, but it contributes to a growing body of work that appears to suggest a link.

“We can’t prove a link of causality,” he said. But with a large number of studies pointing in the same direction, “we have a good reason to think that exposure to vaping is part of the cause of initiation to marijuana.”

The strongest link was found in younger subjects who combined vaping with tobacco or alcohol consumption. It’s not impossible that these youth are simply more susceptible to substance consumption, Chadi said, although the studies tried to limit certain factors, such as addiction or mental illness.

A previous analysis published in 2012 found a link between tobacco use in youth and current or future marijuana use.

Vaping Rate on Rise Among Youths of Canada and US

“Currently, the rates of vaping is exploding among youth, both in Canada and the United States, it’s something happening around the planet,” Chadi said. “The perception of risk concerning electronic cigarettes isn’t there.”

Studies like this show that the nicotine used in e-cigarettes is just as dangerous, if not more, than the nicotine in traditional cigarettes when it comes to young teens, he said.

“It’s very important from a public health point of view, because it reinforces the message that e-cigarettes are not at all a tool to promote teen health, and on the contrary, it can increase the problems of dependence and addiction among those youth,” he said.

Vaping is often falsely perceived as a banal and risk-free activity. However, other studies have shown that vaping as a teen increases the risk of smoking traditional cigarettes, Chadi said.

“We now realize that the vast majority of teens who vape probably have never touched a traditional cigarette or other drugs,” he said. “These devices are so addictive and well-made for youth that the youth fall into the trap; they develop a dependence and go find other sources of nicotine and other drugs.”

Both nicotine and cannabis create dependence, but the association between them makes it even harder for youth to give up one or the other.

“We enter a type of spiral where the perception of risk is very low, it tastes like candy or jujubes, and we realize a few years later that we can’t stop,” Chadi said.

“A dependence on electronic cigarettes isn’t funny. It can really take over their school activities or their hobbies, because they have to vape every half-hour or hour, and it becomes very incapacitating.”