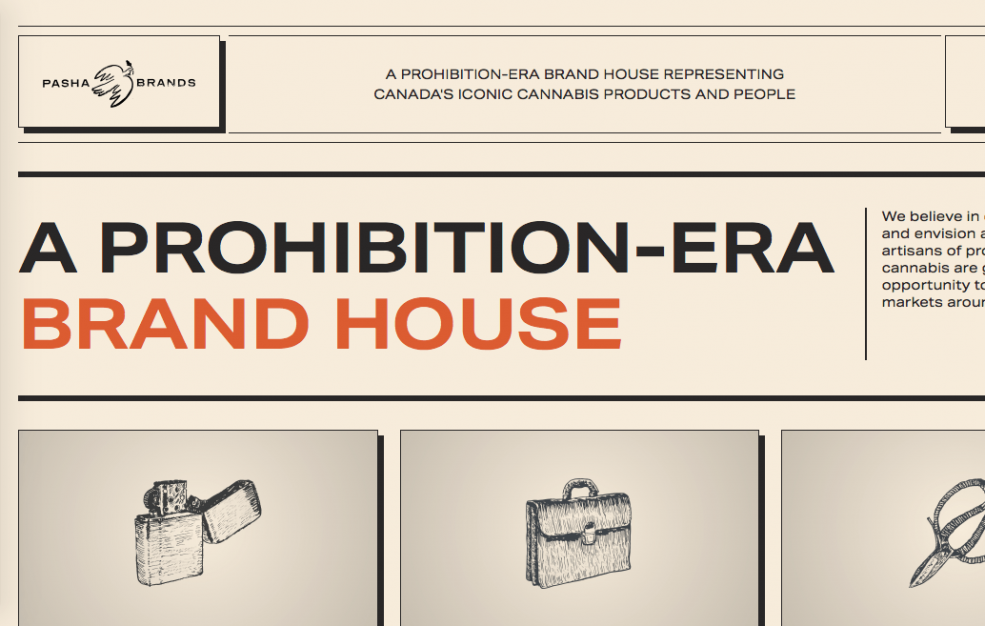 It’s been tough sledding lately for self-styled LP-for-craft-growers Pasha Brands (CSE: CRFT). The company’s stock was halted on November 28, 2019, ahead of an announcement that three of the board’s four directors had resigned.

The release announcing the departure of Quadron-Cantech (CSE: QCC) CEO Rosy Mondin, Supreme Cannabis (TSX: FIRE) VP Scott Walters and Auxley (TSX: AUX) President Hugo Alvez does not mention any plan to replace those directors. Doja Cannabis founder and Pasha’s Executive Chairman Patrick Brauckmann is the lone remaining director. Canadian Securities Regulators require public companies to carry a board consisting of a majority of independent directors, so the noted halt may have to do with Pasha’s board being out of compliance. This reporter’s phone calls to Pasha Brands were routed directly to a voicemail belonging to someone named “Charles,” who has yet to call back.

Pasha’s life as a public company began in June of 2019 with a great deal of attention in both the cannabis world and the small cap-focused financial media used to promote cannabis ventures. Pasha billed itself as “A Prohibition-Era Brand-house.” The company’s stated goal was to aggregate the product of the emerging micro-cultivator class and sell it under a portfolio of acquired brands.

It was an exciting pitch that appealed to anyone who understood the quality difference between the cannabis grown at legacy craft growers and the cannabis being produced by licensed producer mega-growers. But after closing at $0.76 on its first day of trading, CRFT saw a steady decline before finally being halted at $0.085 ahead of the aforementioned mass exodus of directors.

The Pasha plan revolves around using licensed subsidiary Medcann Health Products, one of only 87 licenses allowed to sell cannabis to provincial distributors, to an aggregate products from micro-cultivators. Pasha issued press releases celebrating “supply agreements” with various micro-cultivators that were especially light on details and certainly didn’t mention any exclusivity. Pasha would theoretically be bidding against the other 86 LPs who can sell to provincial distributors for the micro-cultivators’ craft cannabis yields, but it has been unclear whether or not Pasha actually has the capital to do so.

Pasha’s most recent financials are for the period ending June 30th, 2019. At the time, the company only had $1.2 million in the bank, despite having raised more than $12 million through equity financing in its short life and having borrowed another $14 million in unsecured convertible debentures this past spring. The company simply shows no revenue.

The most advanced micro growers that Pasha has signed supply agreements with anticipate their first commercial harvests in December 2019, and Pasha anticipated in November that they would have products on shelves in early 2020. So far, there’s no evidence that Pasha’s Medcann has sold any cannabis product to anybody.

Pasha began its life with 43 million shares outstanding, 26 million of those shares having been issued to a founders group for a total of $26, an effective cost $0.000001 per share.

By the time the company acquired the Medcann license, ACPMR applicant Aurion Industries, CBD company CBD Therapeutics, and various other pre-roll and baked goods brands from the “prohibition era”, they had issued 194.5 million shares and were due to issue more, on top of paying more cash to complete those transactions.

There’s no way to tell if the avalanche of paper that fell on Pasha over these many months came from founders unloading their incredibly cheap paper, brand vendors who had received their stock in trade and were evidently in no mood to wait around and see if Pasha’s Great Brand Experiment would work, or promoters who were paid in stock to push Pasha as an investment. It was likely a combination.

We’ll know more about the financial shape that Pasha is in when they file their year-end financials later this month. The BC Securities Commission requires that Pasha file their audited annual report before January 28, 2020.