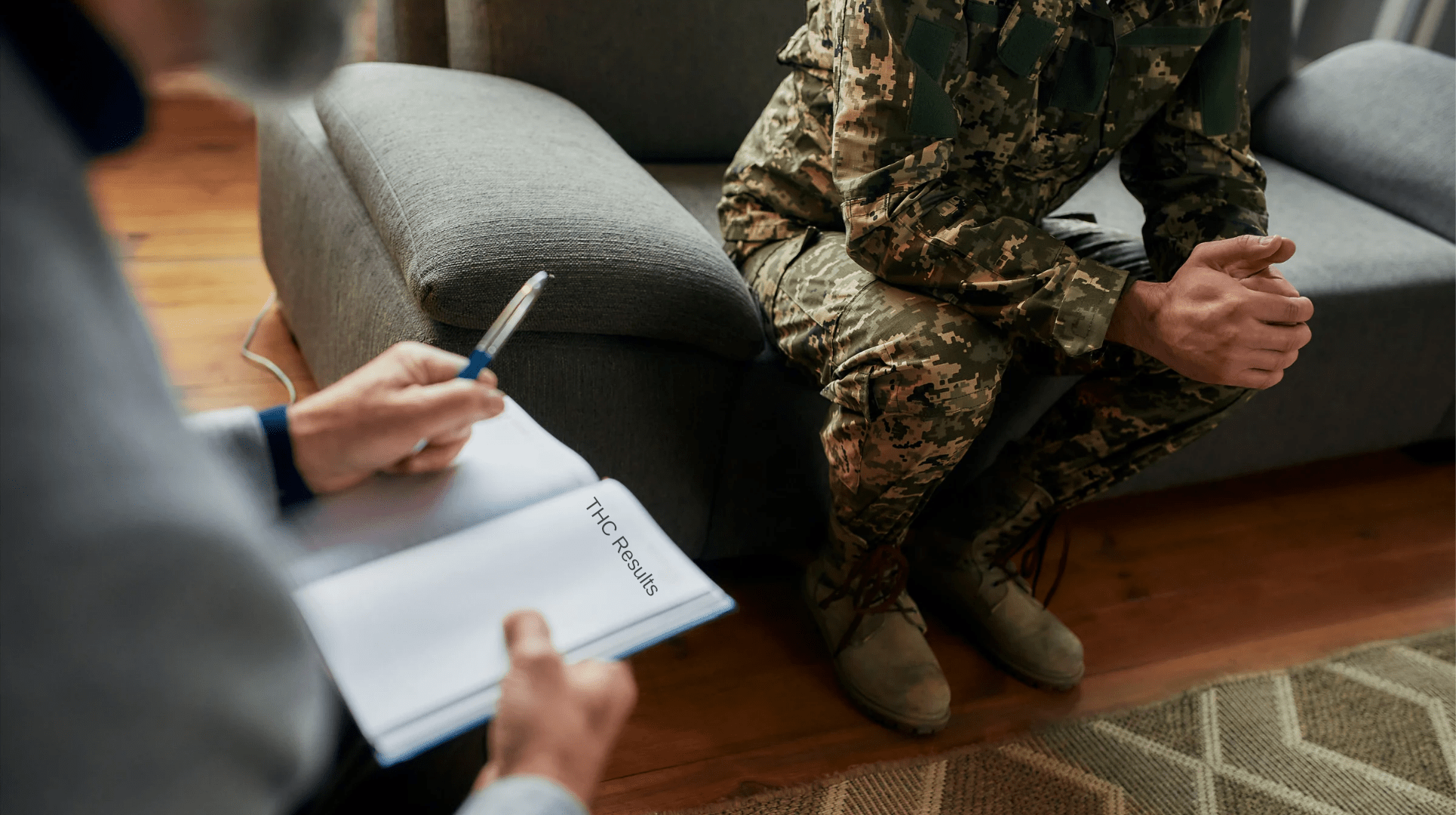 Why THC contributes anxiety in veterans with PTSD

A study funded by the Dutch Ministry of Defense analyzed endocannabinoid levels in veterans with post-traumatic stress disorder. ECS tone was neutral in participants and THC conversely contributed to anxiety, a symptom of PTSD, in veterans at rest. Only relaxed participants were tested in the study, though. No veterans were under stress during the study. And because the endocannabinoid system that responds to THC works on-demand, the method serves as a dramatic limitation according to the study.

Endocannabinoid levels increase in women after exercise. Yet, the increase is short-lived as the ECS quickly returns to normal. Long-term changes to the ECS do not occur in those with PTSD. In the short term, the system might still shift on-demand after stress which went untested in the recent Dutch research.

Inflammation but also certain genetic presets can lead to a type of deprivation known as Clinical Endocannabinoid Deficiency. And while different causations and contributors exist that lead to ECS deprivation. The theory was originally based on endocannabinoid levels found in the spinal fluid of migraine patients. To acquire that fluid, however, a clinician must puncture the patient’s spine. Of course, a Doctor in Pharmacy, like any medical professional, would hesitate before employing such an invasive strategy.

Scientists in the recent Dutch study collected blood samples. Plasma, more specifically, was used to analyze endocannabinoid levels in 54 veterans with PTSD. Endocannabinoids were not disrupted in patients. In fact, according to the study, the uptick of the endocannabinoid known as 2-AG worsened anxiety.

There are unique biases and functions between the respective internal (endo) and external (exo) cannabinoids. With that said, 2-AG and THC both agonize CB receptors. To better relieve anxiety symptoms compared to THC alone, the moderation of the ECS with cannabinoids like CBG might benefit veterans with PTSD. But again, the veterans were not tested under duress and minor cannabinoids were omitted from the study.

Turning on and off fear

Many targets of THC and the ECS increase or decrease anxiety depending on the target, environment, and individual. Two primary targets for modulating fear are the neurotransmitters, GABA and glutamate.

The overall effect THC and 2-AG have on these neurotransmitters depends on unique phases in the CB1 receptor. Biphasic potential can cause endocannabinoids and phytocannabinoids to possess unique effects on anxiety despite both substances agonizing the same receptor.

Another major target for anxiety is acetylcholine (ACH), which can increase focus. THC reduces focus by inhibiting ACH, which can reduce anxiety. More meets the idea when it comes to ACH and the ECS, though.

Block the leak before adding more to the synapse

An inhibitor of 2-AG degradation increases ACH receptors (M2 and M4). This effect, however, was not reproduced by a cannabinoid receptor agonist. And CBD will likely also fail to increase the receptor. And M4 knockout was shown to cause anxiety. This means that THC and 2-AG might contribute to anxiety by turning down an acetylcholine. CBG, on the other hand, balances the effect on ACH by protecting 2-AG via MAG-l enzyme inhibition.

Let us know your thoughts in the comments on the benefits or problems with THC to treat PTSD. With or without THC, do you think medical cannabis has a future in PTSD therapy for veterans given the right chemovar, full-spectrum hash, or minor cannabinoid can be offered?