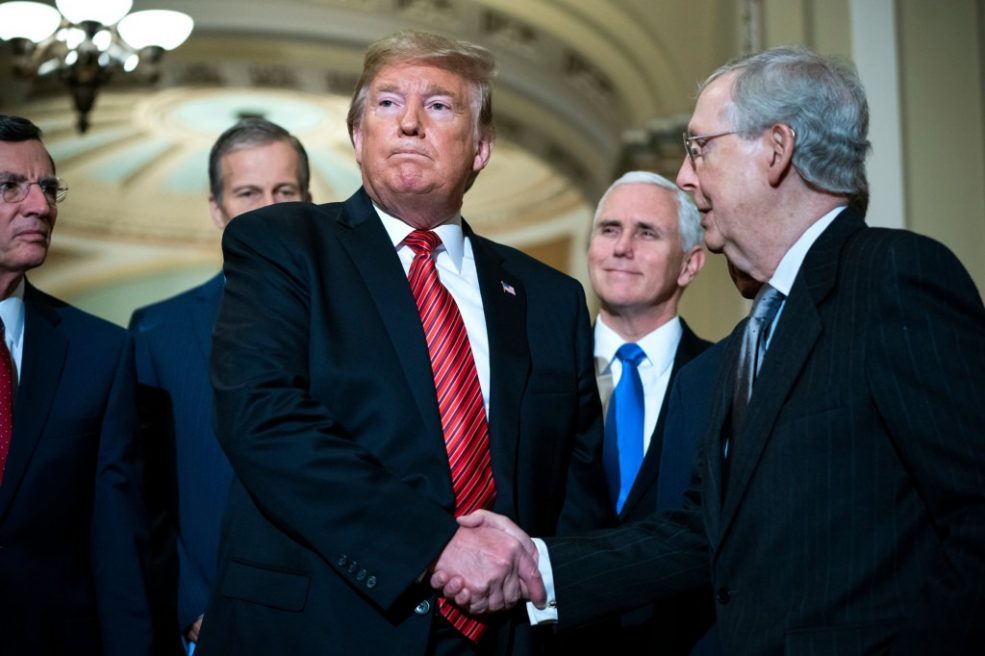 Insignificant news affecting our American neighbors, that came and went, largely without a trace, the United States Senate shut down several attempts by the House of Representatives to pass reforms to cannabis legislation this month.

A rider is an additional provision added to a bill under consideration by a legislature, often having little connection with the subject matter of the bill. Riders are generally used as a tactic to pass a controversial provision which would not pass as its own individual bill.

Due to the provisions being shut down by the Senate, cannabis companies, operating fully legally in 11 states to date, will instead continue to face bureaucratic red tape and uncertainty, in the face of a rapidly growing industry, and one supported by widespread popularity amongst consumers.

A spending package that would have prevented the U.S. Justice Department from using taxpayer dollars to prevent state-level legislation authorizing possession, distribution or cultivation of cannabis, stood as one of the most significant riders; this provision was shut down in favor of a long-standing one that simply protects medicinal cannabis.

As reported by Marijuana Moment, earlier this month, negotiators also did away with a provision to protect veterans, legally employed within the cannabis industry, from discrimination by the U.S. Department of Veteran Affairs, particularly when applying for home loans. Additionally, the legislation would have veterans with low-level cannabis offenses to re-enlist.

Cementing their role as a grinch for the holidays, the Senate made moves to prevent Washington, D.C., which relies on Congress for funding, from legalizing cannabis or even reducing criminal penalties associated with possession or distribution. Quid Pro Quo, anyone?

With the famed cannabis bubble bursting in Canada this year and countering progressive moves made around the world towards legalization, the American attempts at cannabis reform in 2019 could be easily graded as a failure, as bill after bill, measure after measure, package after package, was rejected by the Republican-controlled Senate, time and again.

A motion put forward by Sen. Cory Gardner and Sen. Elizabeth Warren, which would have proposed amending views on cannabis companies operating legally in decriminalized states, has failed to clear congressional committees.

And on the top of the heap, the widely publicized bill, ensuring access to financial services for legitimate cannabis companies, which passed the House back in September, with overwhelming bipartisan support, now sits on Republican Senate Majority Leader, Mitch McConnell’s desk, with little chance of ever seeing the light of day. Considering McConnell, President Donald Trump’s most important ally on Capital Hill, blocked the vote on President Obama’s Supreme Court Justice pick, delayed a funding bill for 9/11 first responders, shot down election security bills, and as of late has blatantly acknowledge that he will act as a biased juror in the upcoming impeachment trial before the Senate, cannabis advocates shouldn’t hold their breath.

At the very least, like a firefly in a solar eclipse, democratic candidates for the presidency, have shined a light on the issue, expressing their desire to enact overwhelming and comprehensive cannabis reform, including federal legalization, and criminal record expungement, even within the first 100 days, as noted by Senator Bernie Sanders.

Fingers crossed that the hopes for 2020 don’t also go up in smoke.