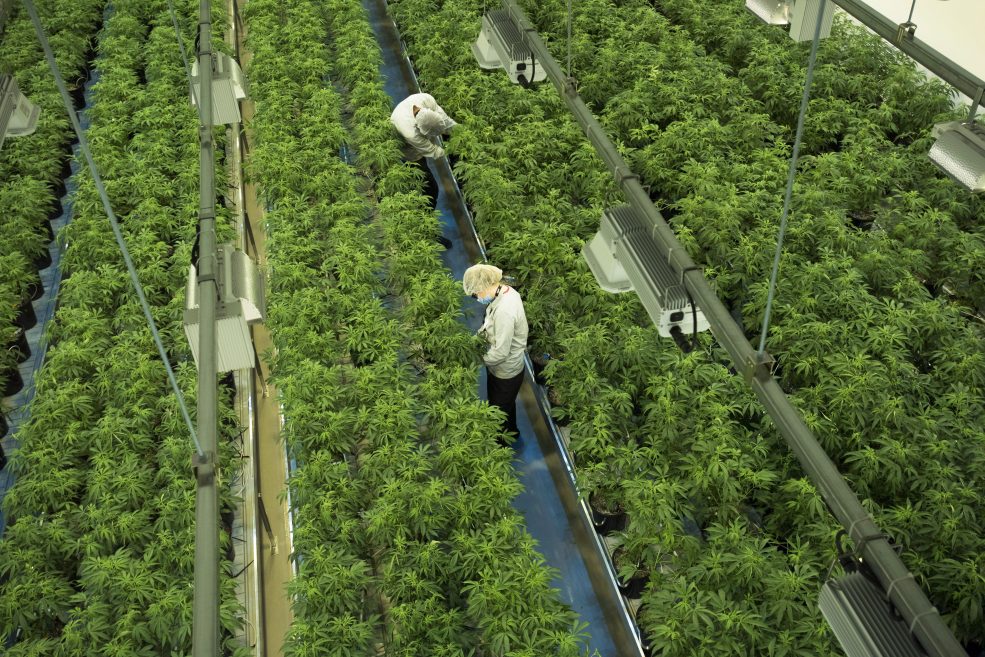 Canopy Growth‘s Valentine’s Day report of Q3 earnings that weren’t a complete disaster made the world’s largest marijuana company look positively competent next to its peers. Canopy was able to show revenue growth in a period that sent rival mega-grower Aurora Cannabis (TSX:ACB)(NYSE:ACB) and self-proclaimed better-grower Supreme Cannabis (TSX:FIRE) into their own respective tailspins.

Canopy’s “big” quarter came on strong growth in cannabis sales and a lower provision for returns than the previous quarter. The $35 million returns provision from the September quarter had the company showing a negative -13% gross margin in that month. A returns provision closer to $5 million for the December quarter had the top-line margin looking respectable at the company level, but the bleeding continues on the bottom line, where the company turned up another net loss and burned through $188 million worth of operating cash, which doesn’t seem to bother them because there’s plenty where that came from.

Canopy’s $1.5 billion cash balance is a vestige of $5 billion in backing that the company secured from liquor giant Constellation Brands (NYSE:STZ) in 2017. As Supreme and Aurora scale back and lay people off to avoid going under in a cash crunch, Canopy has been able to shrug off a delay of their beverage launch, and a persistent under-utilization of most of their facilities as necessary steps to dialing the business in. With this quarter half over, Canopy has yet to launch any of the much-anticipated edibles products, either, furthering the mystery about what they plan to do with a growing mountain of work-in-process inventory.

Canopy’s un-finished product took an enormous 60% jump in the same period that the company worked through $53 million worth of finished product (book value), and harvested 11,000 fewer kilograms of cannabis.

We’ll find out some time in May how much of that corporate bud Canopy was able to package for sale. If it’s not appreciably more than the 13,000 kgs they moved in the December quarter, analysts might complain, but that’s about it. Canopy will be just fine. At this point, it’s going to matter a lot more about whether or not Canopy’s competition is still in business.