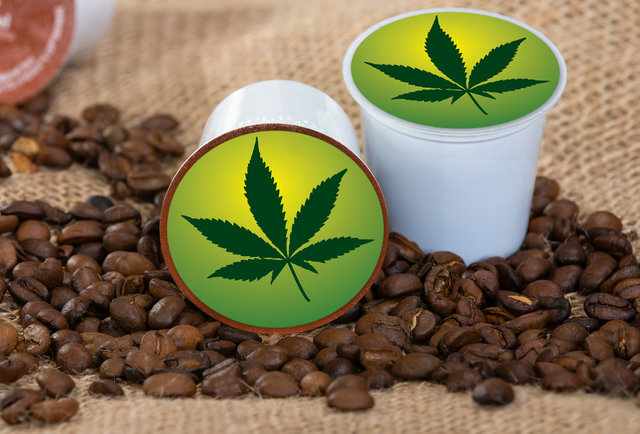 Coffee With Cannabis And The Effects Of Mixing The Two

The cannabis industry is constantly innovating with new products of all kinds, such as suppositories and and a wide array of cannabis food products. One of the newest products is coffee that contains cannabis, which several companies are starting to sell.

The mixing of two different psychoactive substances could potentially be problematic though, and this is a rather unique combination. According to Dr. Scott Krakower from Zucker Hillside Hospital, these two compounds might mix, neuro-chemically, which could cause different effects than would each substance taken individually. He says that taking the two substances together can give people a feeling of tiredness and energy at the same time, but this doesn’t mean that drinking caffeine will cancel out the effects of using cannabis.

He also admits that research into the combination of these two is not extensive. The growing trend towards edible cannabis products does cause concern for some people, because of the slow acting effects of ingesting, people might consume a lot more THC than they intended. Another issue lies in the correct labeling of the amount of THC in each product. One study in 2015 showed that out of 75 edible products, only 13 had accurate labeling of the quantity of THC.

As the edible cannabis industry continues to grow, we can expect to see more research done in areas such as the mixing of caffeine and cannabis as well as other research and innovation with edible products.