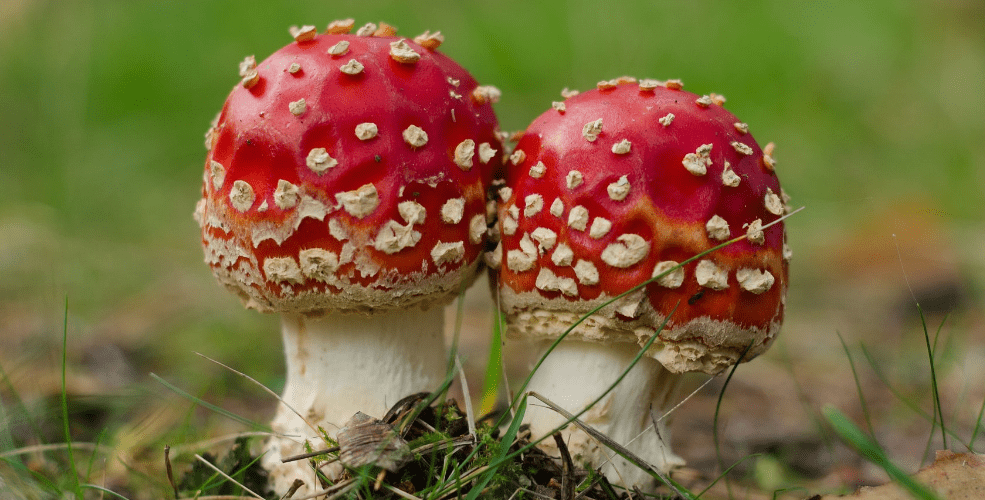 How do magic mushrooms grow in a man’s blood – or cow patties?

Magic mushrooms began to sprout in a man’s veins in the USA after taking an infused tea. Most of us drink our tea, which has not caused a case of organ failure. But, that cannot be said in this circumstance. But, how do magic mushrooms grow in a man’s blood – or cow patties?

‘I should mainline these shrooms’ is likely not a person’s first idea when thinking about consuming (psilocybin) mushrooms. Ever hear that joke intended to mock reefer madness, “I inject four whole marijuanas?” Well, not everyone has the same sarcastic thought process, apparently. An unidentified man, thirty years of age, did in fact decide to inject himself with filtered mushroom tea. This was in an attempt to self-medicate for bipolar disorder.

This may initially seem dumbfounded, or the result of his reported mental disability. But, researchers administrator the active ingredient in magic mushrooms, psilocybin, through an intravenous injection. In fact, certain databases on the internet even detail the routes of administration for psilocybin as oral and intravenous. Yet, only a purified substance should be given by intravenous injection, without any associated fungus, and in a controlled setting. Public education may not be the issue, after all. The issue may be related to synthetic psilocybin and possibly even poor documenting by the pharmaceutical industry as a whole.

A trip to the ICU

The case report was published in the Journal of the Academy of Consultation-Liaison Psychiatry. The man was submitted to a Nebraska hospital severely confused a few days after the injection. He was suffering from jaundice, diarrhea, fatigue, nausea, and bloody emesis. It was discovered his liver was damaged and his kidneys were malfunctioning after doctors ran a series of tests. With his organs failing, they took a blood sample which provided a dramatic result.

The reproductive cells of the mushrooms, known as spores, survived the tea-making process and began to grow within the warmth of his bloodstream. A ventilator was used to help him breathe. On top of this, twenty-two days of antibiotics and antifungals were prescribed to kill the living mushrooms.

A mycelium for a mushroom starting kit.

How do mushrooms survive in a man’s bloodstream?

Normally, our stomach acid reacts with any food or magical fungi we ingest. This acid effectively destroys a mushroom’s spores. It can also activate the psychoactive substance, (psilocybin), found in these types of mushrooms. The spores replicate and become a mycelium, which is essentially a mushroom’s roots. Amazingly, a mycelium can grow within a human – or a cow’s – body.

Our bodies contain trillions of cells, which do consist of different fungi.

It is not uncommon for cattle to spread species of magic mushrooms like Cubes (Cubenesis) or Liberty Caps. The stomach acid of a cow is a lot more mellow than ours, so their digestive systems do not destroy spores. This allows a mycelium to develop in cow patties, eventually sprouting mushrooms. Please, DO NOT EAT MUSHROOMS IN, UNDER, OR ON COW PATTIES – or any poop, for that matter.

Mushrooms, warm and dark inside of a cow

So, mushrooms survive after going through a cow’s four stomachs. That means it is our stomach acid that ensures we can safely consume magic mushrooms, which is bypassed when injecting anything. Adding to this, certain strains of mushrooms will enjoy our body heat more than others. Some mycelium prefers to grow in a moist and dark environment at 20-35 degrees Celcius. Therefore, mushrooms can grow in a man’s blood as long as they are allowed to bypass the stomach. So, would butt mushrooms also grow if a fungal suppository was used, instead?

Let us know your reaction to an injection of magic mushroom tea in the comments. Stayed tuned for a future installment to learn why mushrooms makes our stomachs hurt and what to do about it.