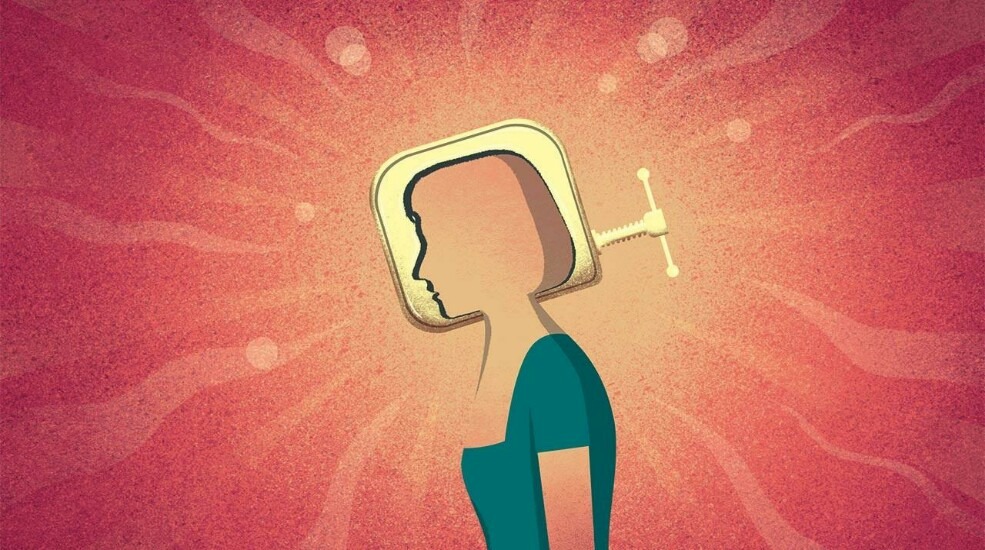 Migraines and our need for cannabinoids

We recently explored different ways that diet can cause and prevent migraines. A debilitating neurological condition resulting in unbearable pounding headaches that come with a variety of personalities. Some can be accompanied by aura or symptoms such as nausea. Stats Canada claimed 8.3% of Canadians experience migraines, with females suffering three times more often than males. America spends an annual $20 billion on migraine treatments and lost productivity. Techniques used to prevent these attacks often target a few likewise symptoms rather than a plethora of multiple underlying causes. Yet, all of those causes may entwine with our internal need for cannabinoids.

Migraine pain originates from a hyperactive route of blood vessels and nerves within the face known as the Trigeminovascular System (TS.) Signals sent through these nerve endings causes sensitization of the membrane surrounding the brain, the dura mater of the meninges to be specific. Overactive nerves and tissues proceed to unleash a vicious cycle of inflammatory agents that ultimately irritates and severely dilates blood vessels. This irritation promotes messengers to flood the sensory system and the control center of the TS, the Trigeminal Nuclei located in the brainstem. From here, the rest of the brain is alerted by messages of acute, pounding pain.

Activity from the control center triggers a Cortical Spreading Depression (CDS,) before the onset. This wave sweeps from the back of the brain to the front, altering the cerebral cortex’s function. In some cases, this produces what is commonly known as an ‘aura,’ which can cause visual disturbances before a specific migraine develops. This is due to the wave affecting the vision center in the back of the brain. With or without aura, a CDS is a general depolarization that then activates the trigeminal nerve and triggers the migraine. From here, the hyperactivated control center receives a response to fire signals of pain instead of causing a chemical imbalance.

How hypersensitivity occurs in the first place is still misunderstood, yet the endocannabinoid system (ECs) has become a key suspect in the past decade. The ECs likely plays a pivotal role in how migraines occur through this aggravated network of facial nerves.

A face and body devoid of cannabinoids

The ECs is a biological mechanism found in all mammals, mostly comprised of two receptors and two neurotransmitters. The density and levels of this system regulate our homeostatic balance. Deficiencies of the ECs lead to many diseases and pain, as well as an instinctual, subconscious drive to seek cannabis in order to find relief. One of the transmitters, anandamide (AEA) has been found to be depleted in the spinal fluid of migraineurs. This was a critical discovery especially considering the individuals who partook in the study had to agree to have their spines tapped. To be fair though, migraineurs are typically desperate for answers hoping to find relief and suffer regularly anyway, so a spinal tap wouldn’t be too eventful.

A depleted EC tone will directly lead to sensitivity and a diminished threshold for pain, as well as an increase in inflammatory agents. The endocannabinoid, AEA hosts a multifaceted process to reduce signals that are fired through nerves, such as the face’s trigeminal nerve in cases of migraine.

An impulse fired through the trigeminal nerve is an intercellular chain-reaction of ions, calcium, and potassium. Whereas, the effect of CB1 receptor agonists like AEA or its proverbial key, THC instead induces an opposing effect on these intercellular ions. This directly inhibits the activity of the nerve. Beyond the impulse itself, cannabis also inhibits critical messengers involved in these neural networks.

A role designated to one physiological messenger, glutamate, is to liberate the trigeminal nerve’s ability to communicate with other tissues. This cross-talk enables a sensory loop. Cannabis’ role as an inhibitor of glutamate and this nerve’s chemo-electric impulse is pivotal in its ability to not only treat pain and sensitivity caused by a migraine but to also break the cycle of irritation.

Most glutamate inhibitors are complete blockers and cause heavy sedation, whereas cannabis is much more flexible while maintaining an above-average efficiency.

Dopamine is another transmitter involved in the signaling of pain. THC has a complex, mostly peripheral relationship with dopamine, although certain aspects of the cannabinoid system can inhibit this transmitter as well. One direct mechanism is via CB2 receptor agonism, which can ultimately be boosted by the terpene, caryophyllene. As we noted in the previous installment, large amounts of caryophyllene work well as an entourage for CBD and THC, alone and combined. This could be due to not only the inhibition of dopamine but also an interaction with the endogenous opioid system.

Another function of THC and caryophyllene through CB2 receptors is the elevation b-endorphins, one of the three endorphins produced by humans. This is a natural hormone that activates the opioid system, acting as a powerful analgesic. CB2 receptor agonists will almost mediate vascular activity better than pain, though.

Dilation of blood vessels is a major symptom of migraines, on the contrary, so is their constriction depending on the present behavior of any given attack. Inflammatory agents expand vessels from within. Simultaneously, hyperactive signaling from the peripheral nervous system triggers immune cells to inflame and constrict them from the outside.

Caffeine constricts blood vessels by inhibiting a non-toxic vasodilator, Adenosine A2A. Doctors recommend caffeine to help counteract the activity of other vascular inflammatory agents that become noxious in cases of migraine, such as nitric oxide and CGRPs. The effect is more promising than a simple analgesic mask, however, it does not reduce the actual problem. Cannabis rather outsmarts both doctors as well as the neural-vascular duality that sustains those fluctuating inflammatory responses.

Cannabis, a vasodilator that brings up Adenosine A2A, among other properties, has been proven to treat migraines with profound efficiency. It has been shown that beyond cannabis’ ability to mediate neural networks is how it brings a homeostatic state to the vascular system as well. The ECs transmitter, anandamide promotes dilation but will also constrict blood vessel dilation caused by migraine-inducing inflammatory agents – CGRPs by 30% and nitric oxide by 40%.

Anandamide responds on-demand to a shifting set of stimuli, flexing between vascular dilation and constriction as needed. More important, is the ECs’ ability to replace noxious agents like nitric oxide and their evolutionary necessities. It is clear the cannabinoid system is a highly evolved system, one that continues to challenge even the talents of highly reputable doctors. An epitome of this challenge can be found in cannabis’ relationship with the microbiome.

Cannabimimetic metabolism – Migraines and beyond

With ECs deficiency having already been labelled as such a likely suspect for so many ailments, it is crucial to maintain the system. Our microbiome co-exists with the ECs, deficiencies in one will cause a deficiency in the other. Our need for bacteria reflects our need for cannabinoids. One study found out migraineurs have a higher quantity of bacteria that breaks down nitrates in common foods into migraine-inducing nitrogen oxides.

A migraineur’s need for cannabinoids is synonymous but not singular. The ECs’ relationship with migraine is deeply emphasizing from the roots of the nerves to the entangled blood vessels all the way through to the gut. To better understand how serotonin, CBD, and THC function during the onset of a migraine we have to instead go back and explore a deeper complex within the cannabinoid system.