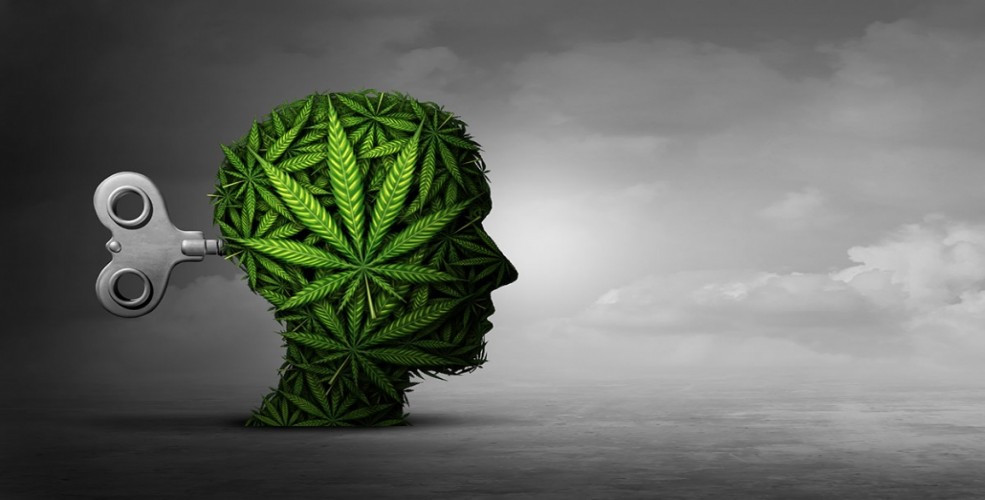 Substantial claims, mistargeted research, and biased studies. These are characteristics of the muddy waters comprising cannabis research, but one tale remains stuck. Cannabis induced psychosis seems to be discussed without a proper analysis time and time again.

So what is really going on?

Before answering that, let’s look at what we are actually trying to understand. Psychosis occurs when someone loses the perception of reality. This typically occurs from a dramatic increase in dopamine activity within a specific region of the brain.

However, science remains thoroughly uncertain – other explanations do exist as well.

Regardless of the cause, anxiety and psychosis are not the same things. Extreme THC use can throw certain people’s “eat, sleep, survive, and protect” functions into a fit. This will produce fear and panic, but not actual psychosis. For that, one needs to lose their perception of reality; ultimately, their consciousness has to be altered in a special way.

Cannabis does not typically affect the right transmitters required to produce the kinds of symptoms seen in psychosis. That, however, does not mean everyone is the same. A rare, and frankly hypothetical genetic preset can occur that forms a bridge between brain regions. This allows cannabis to indirectly elevate dopamine (D2 receptors) by inhibiting glutamate, the opposite of what it normally does. Here, we’ve created a rare and theoretical case where cannabis could induce psychosis.

But this theory may have to suppress yet one more function of cannabis.

Other causes of this psychological condition could exist as well, which means science has its work cut out for itself. Whatever the real reason, the natural, human endocannabinoid system may be connected, as it seems to be connected to many of our psychological functions.

A depleted endocannabinoid system, whether from a genetic malfunction, stress, injury, etc. will cause one to seek cannabis more.

Cannabis-seeking is a condition seen in migraineurs. This is the body’s response to a chronically low tone of neurotransmitters known as endocannabinoids. In this case, it is entirely possible for a person to seek cannabis more than healthy controls.

Early-onset psychosis shows this same deficiency. This is why studies constantly show more patients with early-onset, as well as developed, psychosis use cannabis more compared to a control group. But that misinterpreted information leads researchers to think correlation equals causation.

In reality, psychosis can lead to a naturally-driven cannabis craving.

At least, in certain individuals.

Cannabis slows the brain’s highways down, but it does not inhibit your ability to use conscious, forward-thinking. Your long-term memory does not fade away, either. Generally speaking, one’s perception of reality remains stable on cannabis. Although it is true that the whole brain will dampen.

In cannabis’ case, this is due to reuptake inhibition in the neurotransmitter GABA and a decrease in glutamate. Schizophrenia, on the other hand, will show an increase in subcortical (striatal) dopamine, which cannabis does not cause, at least not in normal cases.

Both the psychotic and THC-intoxicated brain will show the same dampening in glutamatergic activity. The difference is, cannabis will cause a mild decrease in dopamine activity, whereas schizophrenia causes excited dopamine firing instead.

Psychosis induced by cannabis requires brain chemicals to cross signals in a way they typically never do. Furthermore, the effects of cannabis are temporary. Your body recovers after abstinence fairly efficiently, compared to some drugs. In other words, cannabis can cause a temporary psychotic episode in people who already have a genetic predisposition to the condition – hypothetically.

Mental health issues associated with cannabis use are no different than psychosis. Correlation does not equal causation. A practical view will show that stress and depletion in mood causes a depletion in one’s endocannabinoid tone, which causes cannabis seeking.

The mentally-ill can have a natural tendency to crave weed but that does not mean weed will cause any permanent disability. Nor does it mean that anybody who uses it is mentally ill.

It may be hypothetically possible for youth to develop a permanently low endocannabinoid tone using excessive THC throughout their development, however, that statement is nothing more than a substantial theory worth saving for a future discussion.

For more on cannabis, psychosis, and schizophrenia, check out “What’s the link between cannabis & schizophrenia & should you be worried?”

Photo Courtesy of Feed the Birds.