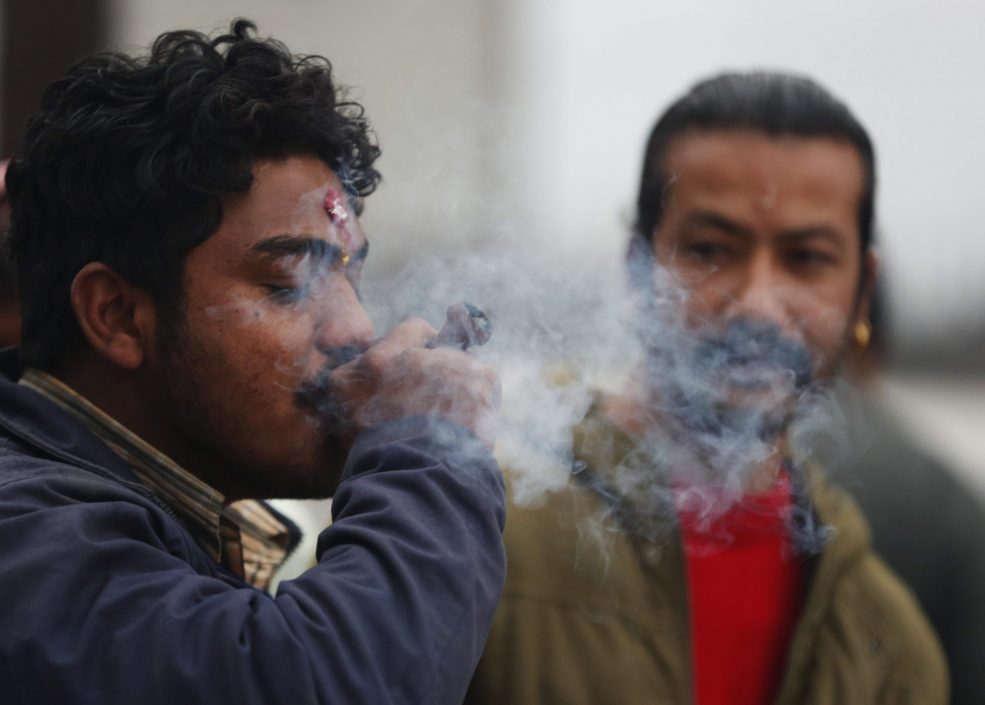 Thousands light up joints during Hindu festival in Nepal

KATHMANDU, Nepal — Hindu holy men were joined by devotees and the public Friday at a revered temple in Kathmandu where they lit up joints during an annual festival despite prohibition and warnings by authorities.

Hundreds of police officers patrolled the forested area around the Pashupati temple, which was crowded with cannabis smokers celebrating the Shivaratri festival.

A group of ruling party lawmakers has recently filed a petition to legalize the farming and use of cannabis.

“There is a ban on smoking marijuana but at the same time it is a centuries-old tradition, which we have to respect,” said police officer Suman Khadka, adding that no arrests were made.

During the festival, devotees visit temples of Hindu god Shiva.

Currently, the use of cannabis is punishable by prison sentences of up to a month for users and 10 years for traffickers.

“There is really no harm in smoking marijuana, it has been proven to have medical use too,” said Bimal Giri, a factory worker who bought joints for 50 rupees (44 US cents) each from a Hindu holy man.

Nepal was famous for cannabis and other narcotics in the 1960s, when hippies made their way to the Himalayan nation. Shops and tea houses used to advertise and sell it legally. However, marijuana was outlawed in 1976, and has remained that way since.