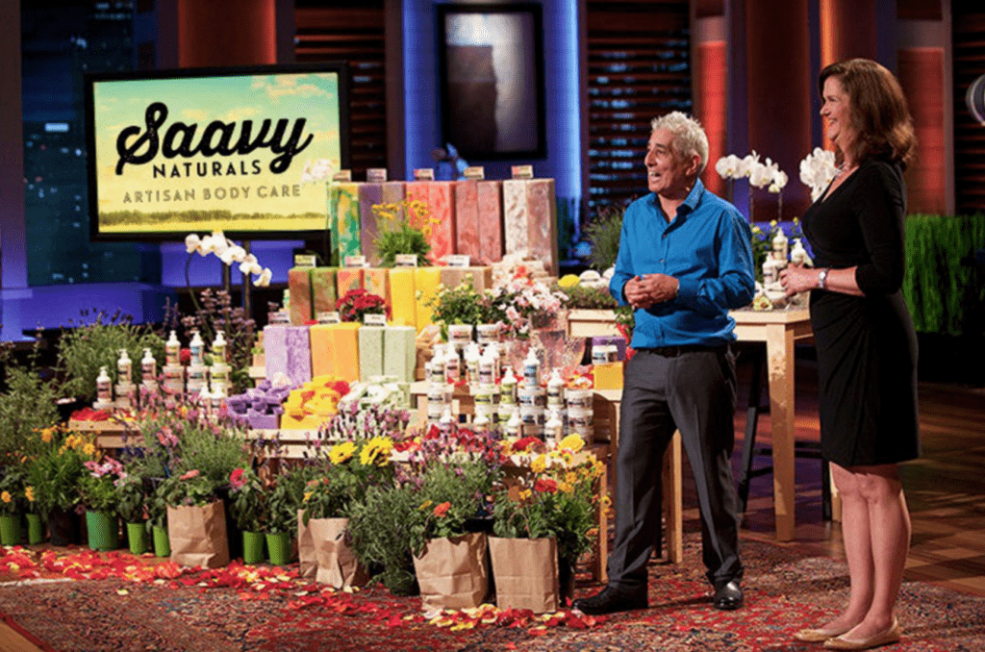 The growing and sustained popularity of CBD among Americans is rapidly making the cannabinoid a relevant part of the US consumer packaged goods landscape, and that’s got the attention of the companies who intend to earn by supplying that enormous landscape with CBD-infused everything, including and especially large cannabis companies like Tilray Inc. (NASDAQ:TLRY).

Stateside, where CBD products can be sold over the counter in all 50 states without a license, branding is very important. The small, rapidly-growing, family-owned brand of “edible soap” Saavy Naturals was featured on Shark Tank in 2015, kickstarting a growth phase that saw Saavy products proliferating through Walmart and Amazon, despite the concept of edible soap being kind of weird. Evidently, they were a brand that Seattle-based Tilray became interested in.

Sometime after the Shark Tank appearance, Saavy’s founders, California-based couple Hugo and Debra Saavedra, tried to make the equity value liquid with an over the counter listing as a subsidiary of Trimax Corporation (OTC:TMXN). The thinly-traded and lightly-regulated US over the counter (OTC) markets are sometimes used to create liquidity for smaller companies that don’t have the resources for NYSE or NASDAQ listings. It’s gained a notorious reputation as the home of the pump and dump stock hustles, to the point where Canadian securities regulators don’t allow Canadians to trade OTC-listed paper (though they may be able to trade OTC-listed businesses through those companies’ listings on other exchanges).

According to a statement of claim recently filed in the state of Florida, the Cali-based company was being helped through the public markets process by Florida-based stock market type Jozeph M Vasquez III. Trimax Corp. saw a bit of trading, but no sustained volume, and it’s easy to imagine the California family who vended Saavy into Trimax being less than impressed with the progress.

For a small company like Saavy Naturals, the liquidity of the public markets serves the purpose of allowing for interest-from-suitors to drive price action that gets the founders and shareholders maximum value on a takeout offer. Certainly, an offer from Tilray itself or any other Privateer-affiliated company for Trimax would have caught some attention and would be subject to the approval of shareholders, who tend to have a higher opinion of the company’s value than the hedge fund looking to make the purchase. Bidding for an OTC company like Trimax would entail an amount that took into account the time, effort and money that had been put into Trimax since its public listing, and bought it at a premium. To a company like Tilray, that may sound expensive and, as the saying goes, money is made in the buying.

According to Vasques’ statement of claim, he had lined Tilray’s primary shareholder and chief backer Privateer Holdings up for two equity financing rounds that would have given the hedge fund preferred shares in Saavy Naturals and raised $2 million in cash for the young soap company, but Privateer never followed through.

Instead, the statement of claim alleges, Saavy Naturals’ titular Mom and Pop, still signatories on the subsidiary co, took a $78,000 loan from Privateer-affiliated shell company Eko Holdings, LLC., secured against everything the company has, explicitly including the rights to the name. The terms of the loan required full repayment of all principal eight days after it had been loaned, the day before interest began to accrue.

Following the inevitable default, Privateer had all of the Saavy Naturals assets that mattered, which beats a preferred position in Trimax, which would undoubtedly start trading at a premium the second the stock market information echo chamber got a whiff of Tilray’s involvement, and they had it for $78,000, which is a lot less than $2 million.

This is a pro move. Priva-Tilray has already filed motions objecting to the venue and such in an apparent attempt to make Velasquez and Trimax’ extraction of compensation for the Saavy Naturals assets having been smuggled out of Trimax as convoluted and expensive as possible.

The price difference gives Privateer more than $1.9 million to spend dragging their feet and, in the interim, Saavy Naturals is all theirs.

Tilray is presently the fourth-largest public cannabis company by market cap, and moves like this make them look like the deadliest predator in their ecosystem. The company was built by Peter Thiel-backed special-purpose hedge fund Privateer Holdings to take advantage of the first legal recreational cannabis market opening up in Canada. Privateer owned a 78% of Tilray’s equity when they floated it as a public listing on the NASDAQ in 2018, and the limited availability of its shares, coupled with a marked lack of access to the red-hot 2017 cannabis equities market in the United States made a perfect storm that sent the stock to $300. It’s since leveled out to trade at $20.97.

A recently executed merger between Tilray and Privateer, the hedge fund that created it, amounted to the founders’ stock being locked up so that investors can be assured it hits the market in an orderly fashion.

Ultimately, this action serves only to further muddy the already opaque but necessary concept of having to value a brand. Saavy Naturals is as established a name as one can expect to see from a home-grown enterprise. It’s been on prime-time TV and its products are carried at WalMart. The Saavaderas appear to have taken $78,000 for it, and its cost to Tilray will equally be $78,000 plus legal fees.