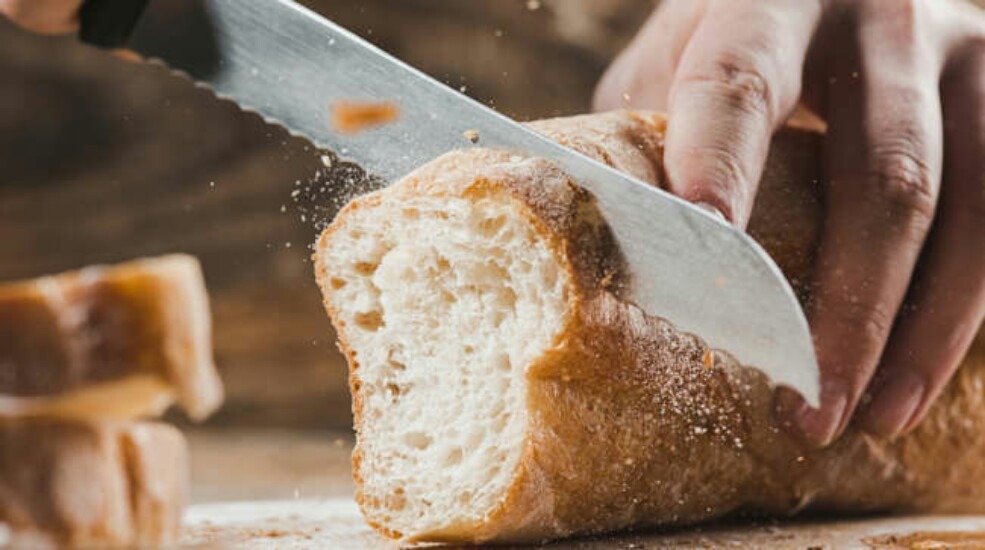 Our guts and brains are connected in a profound way. We previously began to explore how the endocannabinoid system (ECS) entwines with these connections. Neurological signals sent between the gut’s vagus nerve and the brain’s chemoreceptor trigger zone (CTZ) are regulated by the ECS. Characteristics of malfunctioning cannabinoid ligands exist with each bringing their own deficits to life in some way. A lack of anandamide can potentially cause neurological disorders such as fibromyalgia, IBD, and migraines; whereas CB2 receptor deficiencies might lead to autoimmune diseases, even celiac disease (CD) and thyroid disorder. And building on that, links do exist that connect our dietary choices to a widespread increase in occurrences of wheat sensitivity through the endocannabinoid system.

A disorder with a doppelganger – Wheat Sensitivity versus Celiac Disease

One phenomenon that has yet to be defined in definitive detail is how wheat sensitivity (NCGS) occurs separately from celiac disease. We are a few steps away since we have yet to fully understand every underlying biological process that forms celiac disease itself, a condition that affects 1% of people. It is clear based on current research that a shift in a sequence of certain genes is one key to the actual disease. Two specific types of genes (HLA-DQ 2 and 8) are heavily expressed specifically in people with CD. These genes cause white blood cells (T lymphocytes) to recognize the protein, gluten as a threat and release inflammatory agents in defence. Although, the ratio between the occurrence of ‘celiac genes” compared to the disease itself is inconsistent. Most individuals with CD carry the genes so they are an undoubted cause, except that the genes also exist without sensitivity to gluten or grains. This suggests more mechanisms are at play – a physiological entourage.

This proposal suggests that the carbohydrates and especially bacteria found within cereal grains, like wheat and other foods produce an entourage effect that leads to sensitivity with or without an association to celiac disease. I have heard non-celiac’s state they only become intolerant to gluten once they quit and then try to go back. The same thing will happen if you constantly eat spicy food, suddenly quit, then go back and raise the heat again. Interesting is how similar the tolerance of wheat and heat might be to one another.

An instinctual shift in cultural diets

TRPA1 is a ubiquitous biological channel found in all animals, even invertebrates and worms. Its purpose is to enable our body’s response to chemicals, certain food, and bacteria, whereas, a similar channel, TRPV1 produces our response to heat, spicy things, and other foods. Both channels can cause noxious pain, and both release inflammatory agents when they are activated. Tear gases are the strongest class of TRPA1 agonists known; other examples include wasabi, mustard, and scorpion venom. Biological agonists, like garlic or onions, are used by plants to repel certain animals, whereas some species have physiological systems that easily adapt to the response. We will find our sensitivity to certain foods instinctually shift over generations with the incentive of either negative or positive selection.

TRP channels facilitate a symbiotic evolution amongst different kingdoms in the natural world. It is possible we are being driven away from and to certain foods based on society’s artificial environment through TRPA1.

Gluten tolerant individuals experience a happy belly after a load of wheat. Regardless of health effects, this is likely due to the desensitization of the chemo-triggered channel, TRPA1. The channels, TRPA1 and TRPV1 activate their own distinct types of pain and inflammation, but over time the channels will desensitize and rather facilitate unique therapeutic responses. Wheat belly is likely a function of TRPA1, whereas its mirror is rather a person enjoying a plate of hot wings due to the desensitization of the TRPV1 channel. A person that experiences extreme wheat sensitivity might have a problem with the regulation of these channels.

Extensive research shows that non-celiac ‘gluten’ sensitive individuals are also intolerant to a type of carbohydrate found in many foods known as FODMAPS. Now, new research has suggested a bacteria in wheat releases an endotoxin that also replicates gluten’s attack. An entourage of bacteria, fermented carbs, and a protein that facilitates bloating, pain, and tissue damage can also all relate to stimulated TRPA1 channels in the small intestine.

The pain-inducing channel that responds to chemicals and bacteria in the environment and our food, TRPA1 is further sensitized by signaling and scaffolding proteins, AKAP and PKA. Fermented carbs can promote the sensitizing signaling protein, PKA. The body’s own internal excess creation of these proteins will also cause further aggravation from wheat and related foods. Many other side effects will also occur from an excess of PKA and AKAP. The question is, how could such a heavy dysfunction in signaling proteins occur?

Gluten attacks T Lymphocytes which directly affects PKA through the thyroid’s Hypothalamic-pituitary- adrenal Axis. We will explore this connection in a follow-up, but this is a direct link between genetically predisposed celiac disease and hyperactive TRPA1. Out of the grains and into the body, the endocannabinoid system should regulate a spike in PKA as well as hyperactivity in any of the TRP channels. Therefore, it would be wise to study the level of cannabinoid receptors and ligands around the brain stem and in the lower intestine when trying to find an underlying condition for non-celiac wheat sensitivity and CD.

The regulation of three different signaling proteins; PIK3, ERK, and PKA is one predominant, direct function of the cannabinoid system. A deficient endocannabinoid tone leads to an increase in inflammatory agents, PKA, glutamate, and calcium, all of which can trigger hypersensitivity to wheat’s entourage effect through the TPRA1 channel. This can be treated with a cannadiet. CBD can prevent an acute level of the enzyme FAAH from degrading the ECS into inflammatory agents known as cytokines that contribute to both celiac and diet sensitivity.

Endocannabinoid deficiency is a possible causation in non-celiac wheat sensitivity as much as it’s a potential missing link in Celiac Disease.

The misinterpretation between neurological hypersensitivity and an autoimmune disease continues if we look at how celiac disease is detected. Certain antibodies that react to gluten can be tested for in blood. Yet, the antibodies are found without any symptoms as well so not all doctors trust these blood tests. An upper gastrointestinal endoscopy, a long tube stretching its thin artificial surface down the throat deep into the gut, collects a sample of tissue that can show certain damage to the villi, known as villous atrophy. The problem is, other facets of stress can cause similar tissue damage to these cells.

False-positive blood tests are possible during celiac screens, but the same is true for more invasive tissue samples. Genetic testing is the most accurate test for celiac disease, although even the two genes responsible can have potential inconsistencies. Thirty percent of the population carries one of the ‘celiac genes,’ despite the low 1% occurrence of the disease. Perhaps a selective endocannabinoid deficiency, unseen in genetic tests, could be responsible for an unrelated sensitivity to the aforementioned chemo-bacterial entourage effect of wheat.

Often times it might seem cliche to jump to the conclusion that cannabinoids can automatically aid a syndrome. In this case though, wheat sensitivity and celiac disease stop the body from absorbing nutrients properly due to a damaged gut, and nourishment and endocannabinoid tone actually have a strong relationship. So this time, the link is rather glaringly obvious.

It should be noted that Vitamins B12, D, and K are all recommended for CD because the damage caused by the disease stops the body from absorbing these fat-soluble vitamins. Interestingly, these all help with migraines and IBS by regulating Free Radicals like nitric oxide, the gaseous regulator of proinflammation. It is entirely possible for nitric oxide to contribute to the inflammatory complications of CD, with wheat sensitivity likely connected to IBS through likewise free radical inflammatory responses. The endocannabinoid anandamide helps regulate nitric oxide synthase throughout the body, therefore interconnected conditions can be caused by varying selective deficiencies of anandamide. Cannabimimetic treatment is further pivotal for treating the symptoms of wheat sensitivity as well as celiac’s dietary deficiencies because the ECS assists with the regular uptake of nutrients.

The complexity of characterizing specific food sensitivities continues if we look at free radical oxygen species. The bleaching agent used in regular white flour and in some cheeses, benzoyl peroxide is a hydrogen peroxide derivative that was banned as a food additive in China in 2011. Hydrogen peroxide and its derivatives will contribute to inflammatory complications caused by free radicals.

A specific entourage for wheat sensitivity

Other foods such as dairy can contain a similar complex of amino acids, FODMAPS, and bacteria that may produce an entourage effect. Biological TRPA1 irritants lead to a great range of sensitivity amongst different individuals. Garlic can agonize TRPA1 through organosulphur and FODMAPS, but those fresh pungent cloves can lead to relief for certain individuals. Rather than select one channel like bacteria and fermented carbs, garlic and other botanical agents produce a more full-spectrum effect by also agonizing the spicy receptor, TRPV1. This broader range of activity can lead to analgesia in the event of TRPA1 induced pain. This TRP channel cross-talk might have a deeper relationship with wheat sensitivity and especially celiac disease, the syndromes could even relate to deficient TRPV1 and 2 channels, instead. A variable found in wheat that is neglected in the presented concept is that of amino acids, which actually inhibit PKA but can directly sensitize TRP channels on their own.

Celiac disease itself can also be treated with cannabinoids, but more centrally focused on the regulation of the immune system. We will explore the relationship that CD shares with other chemo-thermo receptors and thyroid disorders in the next installment.