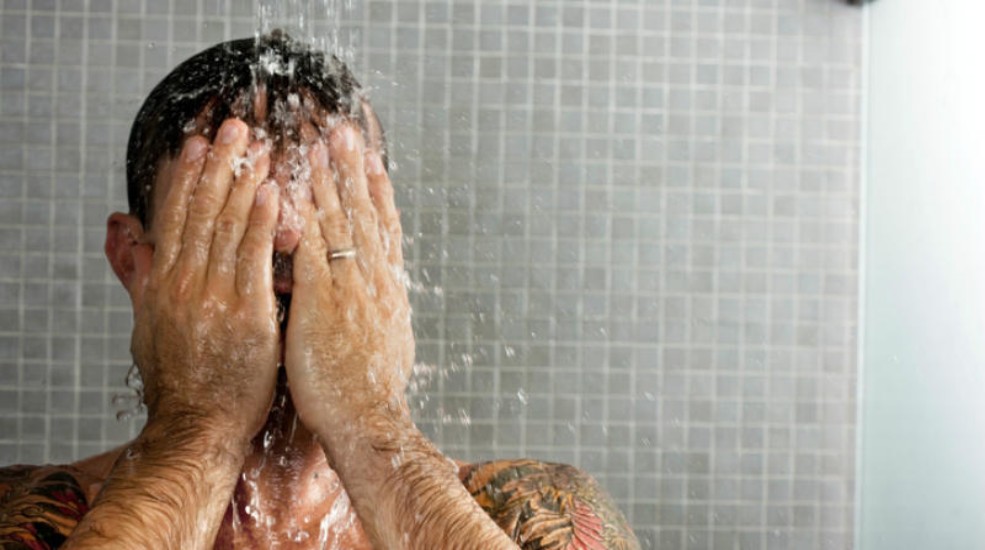 Cannabis is revered for relieving so many ailments without itself causing a plethora of side effects. Some people find THC to be uncomfortable, though. Even individuals who do have an endearing love for the herb can completely turn a cheek on THC from a rare condition, known as Cannabis Hyperemesis Syndrome. People have gone from thoroughly enjoying it’s pleasantries on a routine basis to suddenly become upset by it, violently ill in fact. To doctors and everyone else, the condition is a mystery. However, an explanation for solving cannabis hyperemesis syndrome may lie within all the treatments – hot showers, spicy pepper, and dopamine inhibitors.

Finding an answer through a biological thermometer

Our response to heat and spicy food is a response to temperature and chemicals, naturally. Various types of thermometers are spread around our body that responds to different environmental factors like hot, cold, toxin, cannabinoid, and bacteria. The thermometer that responds to heat needs be triggered and desensitized to treat Cannabis Hyperemesis Syndrome. This is TRPV1 and it is why hot showers and spicy peppers are recommended treatments. The answer as to why will lead us to what CHS is.

TRPV1 activation is so effective at treating CHS that people have begun to think excessive use of cannabis has completely deactivated this channel. Scientists have thought this too but they were sadly misguided by the constriction of traditional education, where neurology and immunology are rarely blended into one topic. Unfortunately, the idea is flawed since CBD does strongly desensitize this thermometer but, THC does not. Excessive use of THC cannot cause a disruption in the TRPV1 channel without possessing a direct affinity to it. So, cannabinoid hyperemesis syndrome cannot be caused by the deactivation of this channel. Yet, activating this site can help when THC contorts into a vile reaction. To answer why that is we have to look at how these thermometers are laced like a webbing within us and the incredibly unique properties they carry.

THC desensitizes other channels, in particular, TRPV2, but there is also TRPA1. This channel is unique and still being studied by science. It is known that TRPV1 desensitization can indeed revert hyperactivation of TRPA1 channels. So if hot showers and capsaicin help with CHS, it makes sense the causation is at TRPA1 channel’s instead of TRPV1.

TRPA1 responds to gram-negative bacteria, as well as noxious cold but in a mysterious way. When this channel activates the body responds by producing inflammatory agents and signaling a stinging pain. In small amounts this is a good thing, it is scrubbing away radical oxygen species, in larger amounts, it detects and deters us from harsh toxins. In excess though, it will produce many negative side effects that could explain CHS.

Thankfully, the body typically responds to counteract this. The thermometer is a channel with a membrane that breaks down when it activates, and when enough of the membrane sluffs off, the channel experiences a change. It essentially closes and completely reverts its function, as the messenger it sends through itself, calcium, starts to travel in the opposite direction. When something tries to activate the thermometer after this change, it will desensitize the channel and inhibit rather than stimulate inflammation and pain. Wheat belly can be explained this way, but we will explain that later in this series.

The importance here is, THC will be hopeless to hyperactivate and overproduce inflammatory agents if something disrupts the thermometer. This is the opposite of THC’s normal desensitizing behavior and could lead to the symptoms of Cannabis Hyperemesis Syndrome. However, the fact the symptoms do not shut down and revert until after the cannabinoid has left the system means it is the channels gate or membrane that has become dysfunctional.

Special proteins and enzymes protect TRP channels, like TRPA1. This channel, in particular, is gated by PKA, PAK1, CDK5, and PLC. These proteins have many roles though, PKA (Protein Kinase A) is even involved in hormone production. If someone’s hormones were suddenly thrown into a fit at the same time they developed an insensitivity to wheat and dairy, then they most likely experienced a mutation in the function of PKA. This theory suggests a similar thing happens when one develops Cannabis Hyperemesis Syndrome, only with a variance in what genes have mutated and their exact location.

The endocannabinoid system has a special relationship with some of these proteins, especially PKA. Part of THC’s intoxication is caused by the modulation of the calcium (Ca2), but also the inhibition of the enzyme adenylate cyclase (AC) and ultimately a pathway called cAMP. It is known that Protein Kinase A is reduced by THC through the cAMP-dependent path, which will lower the activity of TRPA1 and will ultimately relieve pain. Yet, that is not always the case. A rare alteration in the protein (Ga1/0) the CB1 receptor uses to send signals through, will cause an agonist like THC to promote rather than inhibit AC and PKA. This can turn THC into a noxious agent through TRPA1 rather than an ally of relief.

The idea that CHS is caused by the activation of this noxious pain signalling channel is further supported by its treatments. While TRPV1 answers this fairly conclusively, the other remedy is a dopamine inhibitor. Neurological responses to your immune system and environmental conditions occur through TRP channels, which are strengthened by ACH, a molecule that compensates for dopamine. Pinene will help prevent ACH’s degradation which means it will make CHS worse. Caryophyllene, on the other hand, is known to inhibit dopamine by activating the CB2 receptor, so it is likely caryophyllene will help in solving cannabis hyperemesis syndrome (CHS) symptoms. Aside from dopamine inhibition, CHS is a condition that causes THC to pit the neurological system against the immune system, turning the body into an internal warzone that can only be extinguished by fire.

Some have kept themselves in a shower so hot for so long they became dehydrated and worse. There are reports of failed kidneys due to the intensity of the hot water. Abstinence to cannabis is a must, but caryophyllene may help, if it does not make it worse that is. We will explain how legal weed may be supporting evidence for caryophyllene’s benefit, and take a deeper dive into dopamine’s relationship in solving cannabis hyperemesis syndrome.