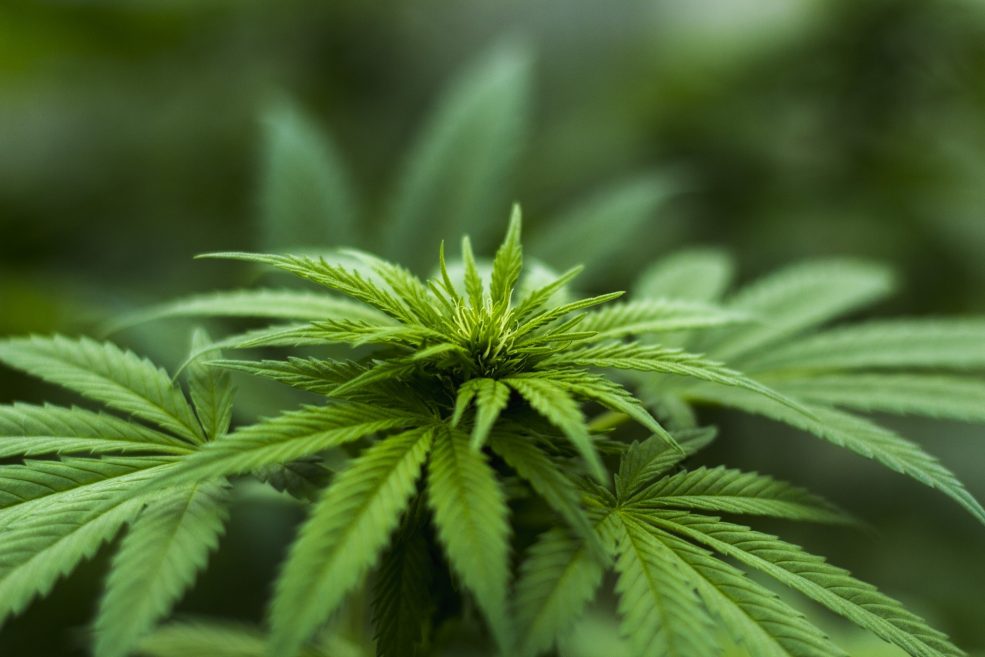 In other news, scientists have sequenced the vegetative transcriptomes of 1,124 species that span the broad diversity of plants, including green plants (Viridiplantae), glaucophytes (Glaucophyta), and red algae (Rhodophyta), providing a robust phylogenomic framework for examining the evolution of green plants.

What does this mean? In essence, we now have a genetic framework for the proverbial Tree of Life.

Researchers from around the world, including several Canadian universities, through nine years of work, have analyzed the genetics of plant species ranging from algae to elm trees. That work, released Wednesday in the scientific journal Nature, has allowed them to pinpoint a billion years of evolutionary relationships between plants as different as orchids and oaks, cannabis and cucumbers.

Cannabis is usually phylogenetically organizing through the clade Rosids, a monophyletic grouping of flowering plants, containing about 70,000 species, broken up into 16-20 orders. Within the specific order Rosales, it’s join by members such as strawberries, apples, pears, and roses. But is itself further organize into the family Cannabaceae, a grouping it shares with the beer ingredient, hops (genus Humulus).

“Everything interrelates,” said the University of Alberta‘s Gane Wong, one of the papers dozens of co-authors.

Scientists have long known that even species with significant dichotomous differences can be related through a common evolutionary ancestor. In plants, those relationships have been studied mostly through how they look or behave. Are they trees? Do they have trunks? Are they herbaceous? Do they have flowers? How their seeds formed?

Wong and his fellow colleagues, nearly 200 of them that together author the paper, instead chose to explore how the links are highlight through genetics.

Isolating and sequencing genetic RNA material from over a thousand different plant species. They took care to cast a wide net, selecting a broad variety of plant types, not solely focusing on species, such as cereal crops, that are important to humans.

“We wanted to look at how plants evolved,” said Wong. “This is going all the way back to algae.”

“One of the things biologists constantly argue over is which came before what. How did this species evolve?”

New species are create when a mutation begins splitting one species into two. Eventually, the two themselves mutate, which leads to another two, and so on, until there’s a vast branching tree of life with a half-million different plant species in it.

Wong and his colleagues wonder if the record of those ancient mutations would be preserved in the RNA.

“Can we, from the RNA sequence, draw this tree of life for all 1,000 species?” asked Wong. “For 95 percent or so, the answer is, yes, we can do it quite well and probably better than you could do by just looking.”

The computing power needed to resolve that much information was significant. Data to be analyzing was measure in terabytes, where one terabyte equals a million bytes.

Even then, the team couldn’t resolve everything. They couldn’t find branches in the tree for about five percent of species. Either because there wasn’t enough data or because it has dated from so long ago it couldn’t be read accurately.

“We’re talking about events that happened a billion years ago.”

But the work is already yielding concrete benefits.

Proteins taken from an obscure algae species studied by the researchers were found to turn certain brain neurons on and off. Those proteins now being used in clinical trials to treat blindness.

“It’s all based on exploring the diversity of life because evolution or nature has solved a lot of important problems,” Wong said.

“Sequencing is a way to learn about it. It’s trying to learn to use all the lessons that have been learned by nature over billions of years.”