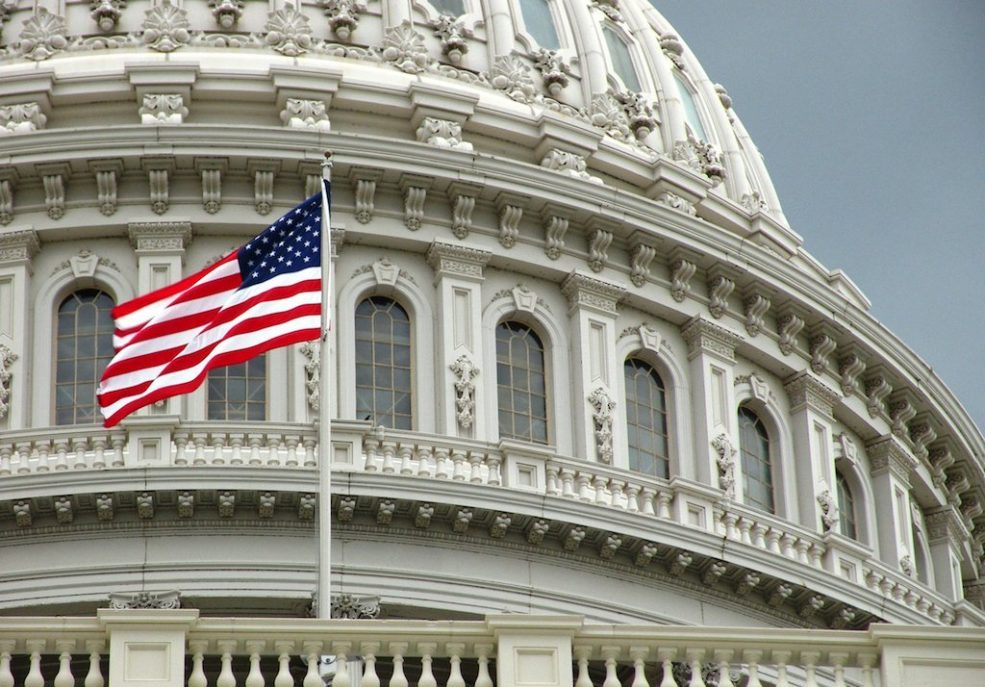 The historic vote marks the first time the committee has approved comprehensive legislation to remove cannabis from the schedule of controlled substances and address harms caused by prohibition.

In a 24-10 vote, this morning, the U.S. House Judiciary Committee approved a bill that would effectively end marijuana prohibition. The Marijuana Opportunity Reinvestment and Expungement (MORE) Act of 2019, or H.R. 3884, was introduced by House Judiciary Committee Chairman, and New York Democrat, Jerrold Nadler and currently has 55 cosponsors. This is the first time that a congressional committee has approved a bill to make cannabis legal.

The MORE Act would federally decriminalize cannabis by removing it from the Controlled Substances Act and would require the expungement of past federal cannabis convictions. The bill would establish a Cannabis Justice Office to administer a program to reinvest resources in the communities that have been most heavily impacted by prohibition, funded by a 5% tax on state-legal cannabis commerce. It would also allow the Small Business Administration to provide loans and grants to cannabis-related businesses and support state and local equity licensing programs and would permit doctors within the Veterans Affairs system to recommend medical cannabis to patients in accordance with applicable state laws.

The panel’s chairman did acknowledge however that even with the historic vote, and growing bipartisan support, the MORE Act could be a tough sell in the Republican-controlled Senate.

“The Senate will take its own time, but then the Senate always does,” said Nadler. “The energy and the political pressure from the various states is growing rapidly. The Senate is subject to that, too. We’ll accomplish this.”

The executive director of the National Cannabis Industry Association (NCIA), Aaron Smith, noted, “Today’s vote marks a turning point for federal cannabis policy, and is truly a sign that prohibition’s days are numbered.”

“Thanks to the diligent efforts of advocates and lawmakers from across the political spectrum, we’ve seen more progress in this Congress than ever before. Supermajority public support for legalization, increasing recognition of the devastating impacts of the prohibition on marginalized communities and people of color, and the undeniable success of state cannabis programs throughout the country are all helping to build momentum for comprehensive change in the foreseeable future.”

A Pew Research Center survey released last week showed record support for making marijuana legal, with 67% of all adults in favor of legalization – including a majority of Republican respondents.

Maria McFarland Sánchez-Moreno, Executive Director of the Drug Policy Alliance, said in a statement, “This legislation won’t make up for the full scale of harm that prohibition has caused to its victims. It’s not going to return anyone their lost dreams, time lost at the mercy of the criminal justice system; or the years spent away from their families. But this legislation is the closest we’ve come yet to not only ending those harms at the federal level but also beginning to repair them. Now it’s up to Congress to do the right thing and swiftly pass the bill to ensure justice is not delayed a moment longer.”

A recent amendment to the bill included the addition of language contained in the Realizing Equitable & Sustainable Participation in Emerging Cannabis Trades (RESPECT) Resolution introduced by Rep. Barbara Lee (D-CA).

“There is still much work to be done, including the establishment of sound federal regulations for cannabis products,” continued Smith. “This vote brings us one step closer to ending the disaster that is prohibition and repairing the harms it has caused while we continue the discussion in Congress about how to best regulate cannabis at the federal level. We urge lawmakers to move forward with this necessary bill without delay.”