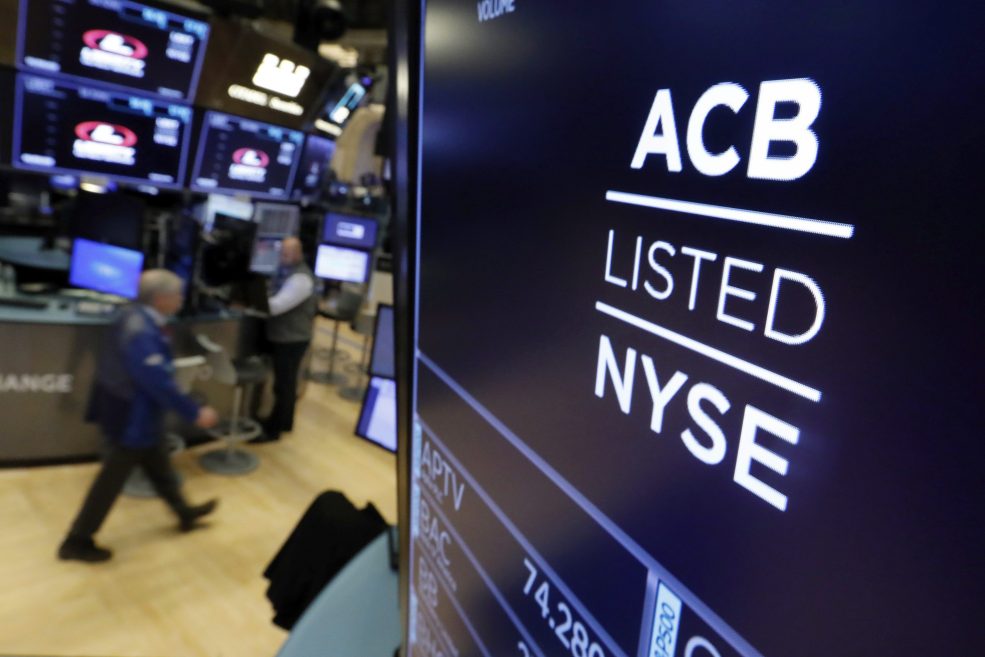 Aurora Cannabis Inc.’s second quarter earnings were weighed down by a drop in cannabis production and the costs associated with ramping up efforts to roll out cannabis edibles and vapes.

The Edmonton-based company revealed Thursday that it incurred a loss in its second quarter and that its net revenue for the three months ended Dec. 31 was $56 million, up from $54.2 million a year earlier but down from roughly $75 million in the prior quarter ended Sept. 30.

The loss came as Aurora has faced troubled times. A week ago it announced it was taking $1 billion in writedowns and would lay off 500 employees as part of a restructuring of its spending plans. The company also said its chief executive Terry Booth was retiring and a search was underway for his successor.

“The past year has been challenging for the broader cannabis industry with issues of retail constraints, evolving consumer demand and provincial distributor inventory management adjustments,” said Michael Singer, Aurora’s interim chief executive, on a call with analysts.

“It is important to remind ourselves that the Canadian consumer market is just over a year old and will take time to develop, but we remain extremely bullish on the long-term potential of the Canadian medical and consumer markets as well as established international medical markets.”

Aurora said it was hampered because it produced 30,691 kilograms of cannabis compared with 41,436 kilograms in the first quarter as it changed its cultivation strategies to accommodate more high-value and high-potency strains.

Meanwhile, the cost of production increased to 88 cents a gram in the latest quarter. The company hopes to keep that rate below a dollar for the foreseeable future.

Aurora — the maker of brands Aurora Drift, San Rafael ’71, Daily Special, AltaVie, MedReleaf, CanniMed, Whistler and ROAR Sports — said it faced further struggles as it worked to release vapes, concentrates, gummies, chocolates, mints and cookies in time for Cannabis 2.0, which legalized edibles and vapes in Canada a few weeks ago.

Aurora had to invest in consumer education for the 2.0 launch and incurred campaign expenses for its rollout of the Aurora Drift brand, executives said.

Those moves combined with revenue declines caused the company to report its adjusted EBITDA loss for the third quarter widened to $80.2 million from $44.7 million a year earlier and a loss of $39.7 million in the first quarter.

Aurora expects larger-scale production lines that are on their way and a “more prudent” use of capital to help in the future.

“I want to stress that we recognize the importance of reducing our cost structure,” said Glen Ibbott, Aurora’s chief financial officer, on call. “We have taken decisive action to make change immediately.”

Ibbott was referencing the detailed evaluation of all capital projects underway that the company was undertaking after making its cuts last week. Aurora says the move will result in a restructuring of spending plans related to technology, sales and marketing, travel and entertainment, professional services and non-revenue generating third-party costs.

The dramatic changes mean Aurora is now expecting its revenues in the next quarter to be impacted by similar headwinds. The company said it now anticipates that it will experience either modest or no growth.