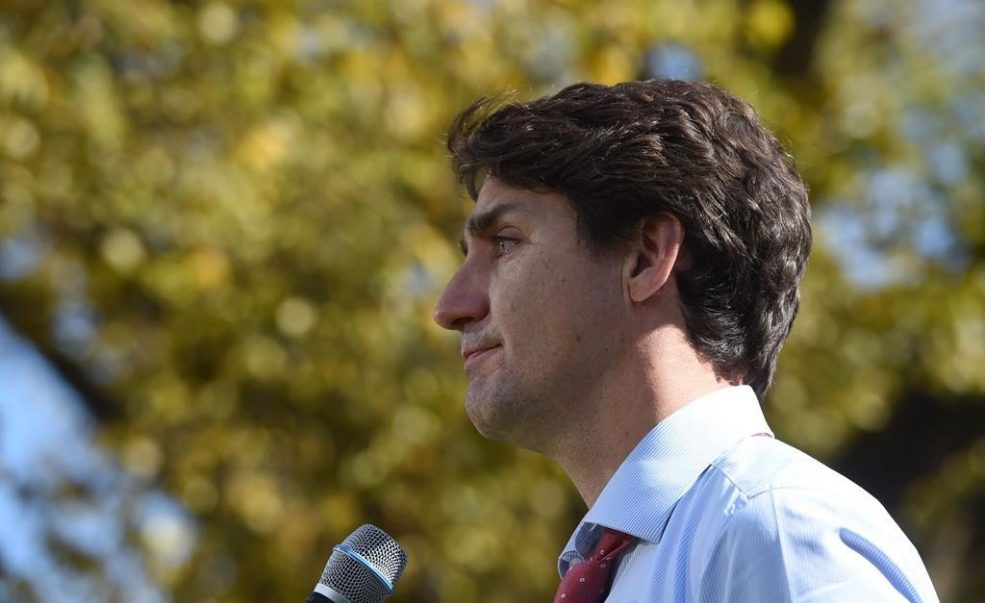 The news that Prime Minister Justin Trudeau performed in blackface when he was a student and a teacher has once again made blackface the topic of the day — this time in the middle of a Canadian election campaign.

The revelation that, as a 29-year-old teacher, Trudeau appeared in blackface at an “Arabian Nights” fundraiser at his school has made news around the world. Other images subsequently surfaced that showed a young Trudeau performing in blackface at high school talent shows.

Blackface, wherever it occurs, is a racist practice, rooted in deeply anti-Black motivations, regardless of whether those who commit it and enjoy it realize this.

But in these instances, what we most need to pay attention to is not the intent or the level of ignorance of the person who wears blackface. Rather, our focus needs to be on the embedded racial logics that drive blackface and the negative impacts of the practice on Black people.

We must ask ourselves why blackface has been, and continues to be, such an alluring practice when non-Black people want to have fun — and why this continues to be so, even though Black communities have always vociferously objected to blackface.

As someone who researches the phenomenon of contemporary Canadian blackface, I have always been troubled that mainstream responses to blackface have focused on the sensational rather than the need to do something about the anti-Blackness that undergirds it. I am particularly troubled now that this incident involves a political leader and occurs just before a federal election.

In other words, it occurs at a time when meaningful decisions can be made about the direction the government might take to address the issue of anti-Blackness.

These recent incidents, like those before it, confirm the existence of a widespread anti-Blackness. This is what informed Trudeau’s return, again and again, to blackface: he was assured his friends and colleagues would enjoy his shenanigans.

This anti-Blackness is also systemic. That’s why it occurs so often in institutional settings. For example, it recurs in educational settings, as it did with Trudeau. It recurs among police officers.

Our criminal justice systems are virulently anti-Black — which explains why we tolerate the over-surveillance and disproportionate Black deaths at the hands of the very law enforcers who are supposed to protect us, at least in theory.

Our education systems are virulently anti-Black, which explains why blackface recurs where Black people have to go to school. It also explains the pervasive omission of our histories, our scholarship, our perspectives and our stories from education curricula.

On and on … it’s entrenched

When we choose to individualize blackface incidents, when we make them solely about labelling the person who wore blackface as “racist,” when we suggest that blackface says more about personal failings than about the systemic anti-Blackness of which blackface is only a symptom, this serves to absolve everyone else — primarily ourselves — from thinking about our implication in anti-Blackness.

We lose sight of our individual and collective obligation to demand and take action against anti-Blackness.

It cannot be about claims that we are unimplicated in anti-Blackness — either because we have never worn blackface or because it has been some time since we did.

The appropriate response to Trudeau’s blackface would be for all leaders seeking election to ensure that their campaign platforms contain commitments to name and disrupt institutional anti-Blackness.

These commitments need to be more than flowery value statements. They need to be meaningful, substantive policy statements — developed in consultation with Black communities — that will make a discernible difference, and upon which leaders will follow through after the election.

The appropriate response should not be for the electorate to cast their votes based on a cult of personality. Instead, they should scour the party platforms for evidence of commitment to counter anti-Blackness, to pose tough questions and vote accordingly if there are none.

Remember, anti-Blackness is made of disregard. Silence in the party platforms about the issues that Black people face would be evidence of that disregard.

– Commitments to expunge the criminal records of the disproportionate numbers of Black people criminalized for marijuana possession.

– Commitments to concretely hold law enforcers accountable for the disproportionate incarceration and death of Black and Indigenous people, and to provide better access to justice for Black, Indigenous and racialized people in Canada.

– Commitments to halt the removing of disproportionate numbers of Black and Indigenous children and youth from their families by child “protective” services.

– Commitments to appropriately incentivize and fund Black studies and the hiring of Black professors in universities in a manner that suggests that Black lives actually matter in Canada.

– Commitments to not just speak out against but act boldly against policies that blatantly contravene the rights of those who wear religious symbols in Québec (instead of dancing around the issue for political expedience).

It would take only a little imagination and consultation with Black communities to come up with several more.

Unfortunately, this may ultimately not be what the majority of the electorate will demand, but it would be the right thing to do. Trudeau needs to be held to account for his love of blackface, but the intervention cannot end there.

The most anti-Black outcome from this latest story would be for it to eventually blow over without any substantive change to what Black people might expect from elected officials.

Black people and our issues cannot continue to be pawns in a grand chess game that ultimately serves to deflect attention from what Black people really want.