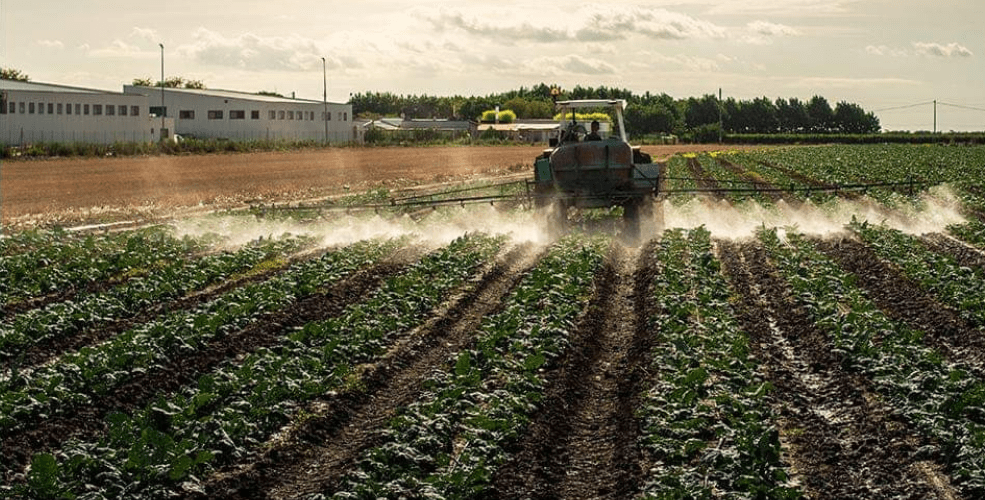 The active pesticide ingredient in Actinovate SP, Streptomyces Lydicus, was reapproved for cannabis cultivators in Canada in 2020. This pesticide is used to treat powdery mildew but held a controversial status since the owner, Novozymes BioAg, was tied in a partnership with Monsanto. (1)

So, what about the use of human liver proteins to grow the active ingredient now available in IPM (Integrated Pest Management) systems for powdery mildew for cannabis cultivators? (2)

Novozymes BioAg’s alliance with Monsanto was separated after Bayer Crop Science’s acquisition of the latter. (3) Now, Actinovate SP by Novozymes BioAg found its way back into Canada’s license cannabis crops.

Mustgrow’s source for streptomyces lydicus IP remains a secret, but they did acquire a different license from Idaho University. This license was for another pesticide that is derived from an isolated molecule found in the Mustard plant. (6) But, Mustgrow stated the company they began an agreement with to acquire the license for Streptomyces is a multinational, not a University. (7) Also, Idaho Research Center’s patent for Streptomyces expired in 2013. (8)

At the end of the day, we are not sure who Mustgrow has partnered with to achieve Streptomyces.

Mustgrow mentioned the active ingredient in CannaPm was previously approved on cannabis crops. Yet, Mustgrow partnered with an undisclosed multi-national company to obtain their rights to use Streptomyces lydicus.

In separate news, Novozymes BioAg once again sells their formulation of Streptomyces Lydicus as a powdery mildew solution for cannabis IPM systems in Canada. (5) This product is called Actinovate SP. In regards to licensing and use rights, Novozymes holds a patent that contains pesticide formulations for specific antibacterial active ingredients—including Streptomyces lydicus. And, Novaemzymes patent directly includes Actinovate SP but cites Idaho Research Center as the owner. (2)

Function, licenses, and an SDS

Streptomyces lydicus proteins release a certain antibiotic that helps the plant fight against fungal infections, namely powdery mildew. Its effectiveness is almost as questionable as the associated MSDS – according to conversations on forum channels. (5, 9)

Mustgrow acquired this license in September 2019. Monsanto’s new multinational parent, Bayer Crop Science, did own a patent that held rights for Streptomyces as a fungicide. (10) This patent was originally filed by AgraQuest Inc. and then acquired by Bayer in 2014, but it expired on September 27, 2020. If Mustgrow’s rights did not come from Bayer Crop Science, the few other multinationals with those rights are Novozymes and Valent Biosciences. (11)

What is in the IP?

Novozymes patent clearly holds Intellectual Property for much broader uses than Actinovate alone. (2) Essentially, it appears that their patent details a full pantry of Intellectual Property (IP) filled with many extra ingredients. Streptomyces lydicus was likely added to a secure or broad IP pipeline. Novaenzymes patent even includes albumin (liver protein) of humans, cows, sheep, goats, dogs, cats, pigs, or llamas. But, the only unannounced livers, or proteins thereof, permitted in pesticides as an inert ingredient in Canada, are those of chicken (poultry). (12)

Therefore, the following will include a list of both, ingredients in the patent US2018024576, by Novaenzymes and the allowed inert ingredients according to PMRA’s (Pest Management Regulatory Agency).

CannaPM, at least, has not been approved for use on food crops. (4) Cannabis is a natural health product, not a food. Therefore, ingredients banned from products intended for human consumptions are not necessarily restricted to ornamental pesticides.

Human protein is a stabilizer, not a formulant

The albumins, or liver proteins, of dogs, cats, and humans are not approved as formulants. (12) This is where the bridge between the production of Streptomyces and the formulation of Actinovate and CannaPM split.

Those proteins are used to culture or stabilize purified strains of bacteria, along with many other uses. Human proteins are not actually allowed in the final medicine or the pesticide. (14, 15).

Albumin is used in Novozymes IP to culture, or stabilize, biologically active ingredients, including Streptomyces WYEC 108. (2) For pesticides, even ornamental sprays, the production of an active ingredient is regulated separately from the formulation of a complete pesticide.

Let us know in the comments if you have ever dealt with powdery mildew in cannabis crops with an effective IPM plan. And stay tuned to learn more about class one formulants under Canada’s regulations next week.