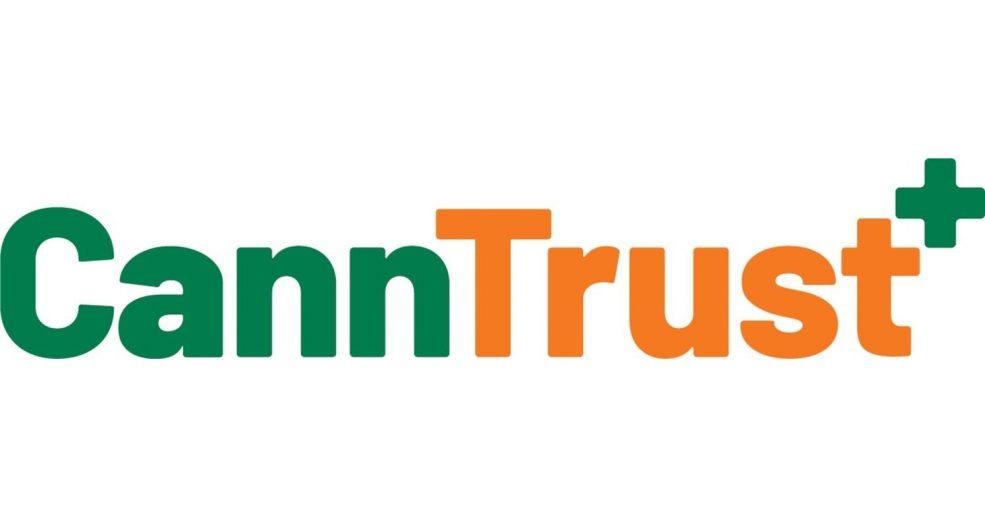 VAUGHAN, ON, Feb. 13, 2020,/CNW/ – CannTrust Holdings Inc. (“CannTrust” or the “Company”, TSX: TRST, NYSE: CTST) announced the appointment of Greg Guyatt as the Company’s Chief Executive Officer and provided an update on the status of both its remediation plan and its New York Stock Exchange (“NYSE”) listing.

CannTrust announced that it will be submitting on February 14, 2020 documentation to Health Canada regarding the completion of the Company’s remediation activities at its Niagara Facility. This filing will be made in support of the reinstatement of that facility’s licenses.

CannTrust anticipates that remediation activities at the Company’s Vaughan Facility will reach completion during the second quarter of 2020. The Company intends thereafter to submit the required documentation to Health Canada in support of the reinstatement of that facility’s licenses.

Ultimately, any decision to reinstate the Company’s licenses, and the timing and conditions of any such reinstatement, will rest solely with Health Canada. No assurance can be given that Health Canada will reinstate either the Niagara or Vaughan Facility licenses.

The Company reminds readers that CannTrust remains in default of its disclosure obligations under securities legislation, has no meaningful revenues, has terminated or laid-off a significant portion of its workforce is facing a variety of regulatory investigations and has significant contingent liabilities in both Canada and the United States, including for potential civil damages and potential criminal, quasi-criminal or administrative penalties and fines, which cannot be reasonably quantified. The nature, timing, and outcome of the Special Committee’s ongoing strategic review process will be influenced by, among other things, CannTrust’s ability to extend or renew its insurance coverage on acceptable terms, whether or when Heath Canada reinstates the Company’s licenses, how long it will take to restore operations and expectations regarding the resolution of the Company’s contingent liabilities and potential regulatory actions. The Company’s cash position as of January 31, 2020, was approximately $167 million.

Greg Guyatt, who joined CannTrust in February 2019 as Chief Financial Officer (“CFO”), is a Chartered Professional Accountant. Mr. Guyatt previously served as the CFO of GreenSpace Brands, Inc., a premium natural food product company, and brings nearly 25 years of experience leading finance teams from the consumer packaged goods, pharmaceutical, and private equity sectors.  With Mr. Guyatt’s appointment, David Blair, currently the Company’s Vice-President of Finance, will assume the role of interim CFO. The Company has initiated a process to identify a permanent CFO.

CannTrust also announced that it has received an extension for continued listing and trading of the Company’s common shares on the New York Stock Exchange. The extension granted by the NYSE, subject to ongoing reassessment by the NYSE, provides the Company with an additional trading period through April 15, 2020, during which it can file with the U.S. Securities and Exchange Commission the restatement of its Form 40-F for the fiscal year ended December 31, 2018, and file its interim financial report for the six months ended June 30, 2019, on Form 6-K.

Finally, CannTrust provided a status update in accordance with its obligations under the alternative information guidelines set out in National Policy 12-203 – Management Cease Trade Orders (“NP 12-203”), which require the Company to provide bi-weekly updates until such time as the Company is current with its filing obligations under Canadian securities laws. As previously announced, the Company is subject to a management cease trade order (“MCTO”) issued by the Ontario Securities Commission. The MCTO prohibits the directors and executive officers of the Company from trading in or acquiring securities of the Company until two full business days after the Company files an interim financial report for the three and six month periods ended June 30, 2019, an interim management’s discussion and analysis for the corresponding period and certifications of interim filings. The MCTO does not affect the ability of investors who are not insiders to trade in the Company’s securities.