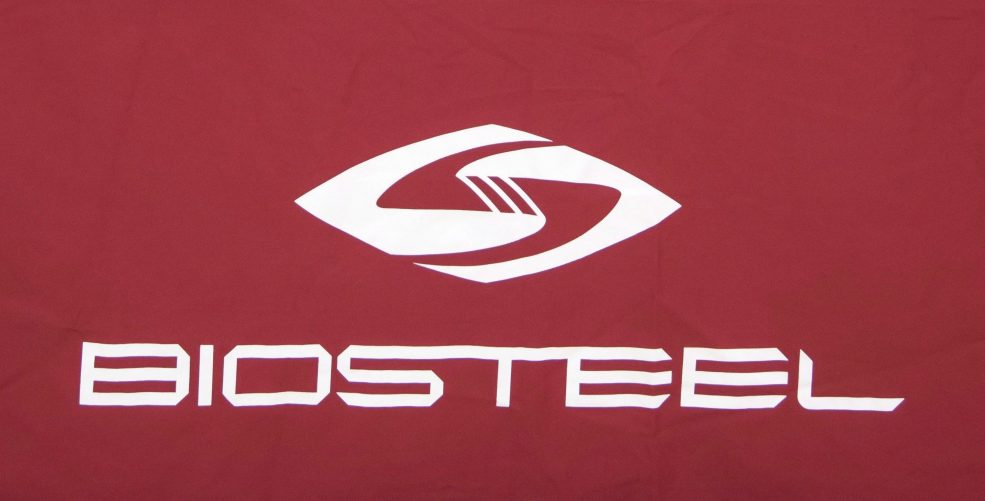 The time has come for an idea to have cannabis in sports drinks, Canopy Growth buys majority stake in sports drink company Biosteel says a former NHL player.

The sports nutrition business Mike Cammalleri co-founded has been bought by a cannabis company.

Canopy Growth Corporation announced Wednesday the purchase of a majority stake in BioSteel Sports Nutrition, which is now developing a line of cannabidiol (CBD) products.

The 37-year-old from Richmond Hill, Ont., has business and personal interests in cannabis.

Suffering severe back pain towards the end of his playing career, his teammates recommended cannabis as a pain reliever.

“My only regret is I didn’t find cannabis earlier in my career,” Cammalleri told The Canadian Press in a phone interview. “It was so effective for me.”

While CBD is a component of the marijuana plant, it does not produce a high like other cannabinoids do such as tetrahydrocannabinol (THC).

“I’ve tried different forms,” Cammalleri said. “All effective in different ways. I like the oils, I like the creams, the roll-ons can work effectively.

“The exciting part is the beverages we can provide that we think are going to be fantastic.”

He doesn’t yet have a roll-out date for CBD products.

“We’ll be ready as soon as the regulations allow,” Cammalleri said. “I can’t put an exact date on it because there are some moving parts.

“The laws are what they are and they’re different in different states, countries and regions. We’re actually able to do some things in the United States that we can’t do in Canada.”

Several former NHL players are involved in cannabis research as a medicinal alternative to opioids, given potential addiction to the latter.

The NHL Alumni Association announced earlier this year a study of 100 former players — in partnership with Canopy and NEEKA Health Canada. To research if cannabis-based therapies can reduce severity of neurological issues and improve quality of life.

Cammalleri believes the use of cannabis among active NHL players is “widespread”, so why not sell them products that are tested and safe?

“The genesis of the company was exactly that, was me playing and wanting to consume products that were something I could trust,” Cammalleri explained.

“We’ve been working on the CBD conversation for two years now. The relationship with Canopy started over a year ago, so this has been a thorough process with full due diligence on both ends.”

The deal gives Canopy Growth, based in Smiths Falls, Ont., a 72 per cent stake in BioSteel with a path to full ownership. Financial terms of the cash agreement were not disclosed.

Cammalleri hopes that brand acceptance will help convince athletes such as his former teammate and current Flames captain Mark Giordano that CBD products are legitimate.

“I’m all for anything that’s natural that can replace a painkiller or a pill that has long-term damaging effects,” Giordano said.

“We as players are all for it. I will say though that a lot of us, myself included, won’t touch any of that stuff until it’s certified.

“If they can get a supplement that’s certified, that helps with pain, it’s really a no-brainer.”

While the NHL still terms marijuana a “drug of abuse” and tests players for it in the course of testing for performance enhancing drugs, the league doesn’t discipline players for using it.

Only those with dangerously high levels in testing would be referred to a substance abuse and behavioral health program.

Other leagues have different strategies. The NFL and NBA can suspend and Major League Baseball can fine players for multiple marijuana infractions.

Cammalleri won’t say the NHL should stop testing for marijuana.

“In my experience, working with NHL trainers, strength coaches, physicians and executives, I think the NHL has been pretty progressive in what they’re trying to do,” he said.

“BioSteel’s brand ambassadors also include well-known athletes across major sports leagues in North America, which could be beneficial as the company’s attempt to push regulated CBD nutrition products into the mainstream health and wellness segments,” said RBC Capital Markets analyst Douglas Miehm in a research note to clients.

SMITHS FALLS, ON and TORONTO, Oct. 2, 2019 /PRNewswire/ – Canopy Growth Corporation (“Canopy Growth” or the “Company”) (TSX: WEED) (NYSE: CGC) is pleased to announce that Canopy Growth buys majority stake in sports drink company Biosteel. it has completed an all-cash transaction to purchase a majority stake in BioSteel Sports Nutrition Inc. (“BioSteel”), a leading producer of sports nutrition products. The transaction provides Canopy Growth with a significant platform to enter the sports nutrition and hydration segment, and lays the groundwork for the adoption of cannabidiol (“CBD”) in future product offerings in accordance with regulations globally including products to be sold in the U.S. containing CBD sourced from federally permissible industrial hemp.

This has led to the brand achieving a reputation for being the hydration product provider of choice for high performance athletes. BioSteel products have been purchased by over 70% of the teams in North America’s four major sports leagues and ambassadors of the brand include: Ezekiel Elliott, of the Dallas Cowboys; Connor McDavid, of the Edmonton Oilers; WTA player, Eugenie Bouchard; Andrew Wiggins with the Minnesota Timberwolves; Tyler Seguin with the Dallas Stars; Jalen Ramsey, with the Jacksonville Jaguars; NHL Hall of Famer, Wayne Gretzky; Gleyber Torres, with the New York Yankees; and Smiths Falls very own, LPGA golfer Brooke Henderson. In particular, Elliott’s agreement with BioSteel allows them to activate the star running back as the leading endorser of CBD products once permitted by the NFL. To date no active player has been able to do so.

In addition, BioSteel has national organizational partnerships with USA Hockey, Canada Basketball, Athletics Canada and the Professional Hockey Players Association. The company has 10,000+ points of distribution in Canada and the U.S. and continues to expand in both markets and into Europe.

“BioSteel has a reputation for being a best-in-class provider of natural sports nutrition products and all of its products are well positioned to benefit from the increasing trend of plant-based and all-natural products, preferred not only by professional athletes, but active consumers as well. This acquisition allows us to enter the sports nutrition space with a strong and growing brand as we continue towards a regulated market of food and beverage products that contain cannabis. We view the adoption of CBD in future BioSteel offerings as a potentially significant and disruptive growth driver for our business.”

“The use and acceptance of CBD-based products in the professional sports landscape has changed. We have witnessed the negative effects of prescription painkillers and athletes are looking for healthier alternatives. Its presence is already commonplace amongst NHL players and as a regular CBD user myself, I couldn’t be more proud to champion BioSteel’s evolution and leadership in this space.”

“Since inception, BioSteel has taken great pride in being at the forefront of healthy and natural sports nutrition. Joining Canopy Growth, the world leader in cannabis research, development and production, reflects the natural evolution of our brand and will allow us to expand our product offering and global distribution. The consumer market and many of our athletes have a growing knowledge of cannabis and CBD products and this partnership ensures that we will continue to raise the bar in the sports nutrition field.”

Today’s announcement further advances Canopy Growth’s ongoing multi-faceted strategy to enter new markets with a platform spanning production, distribution and marketing of CBD products derived from hemp and cannabis in accordance with regulations across a number of different verticals. The transaction gives Canopy Growth a 72% stake in BioSteel with an agreed upon path to 100% ownership.

Canopy Growth (TSX:WEED, NYSE:CGC) is a world-leading diversified cannabis, hemp and cannabis device company. It is offering distinct brands and curated cannabis varieties in dried, oil and Softgel capsule forms, as well as medical devices through the Company’s subsidiary, Storz & Bickel GMbH & Co. KG. From product and process innovation to market execution, Canopy Growth is driven by a passion for leadership and a commitment to building a world-class cannabis company one product, site and country at a time.

The Company has operations in over a dozen countries across five continents.

The Company’s medical division, Spectrum Therapeutics is proudly dedicated to educating healthcare practitioners. Who are conducting robust clinical research, and furthering the public’s understanding of cannabis. The company  has devoted millions of dollars toward cutting edge, commercializable research and IP development. Spectrum Therapeutics sells a range of full-spectrum products using its colour-coded classification Spectrum system as well as single cannabinoid Dronabinol under the brand Bionorica Ethics.

The Company operates retail stores across Canada under its award-winning Tweed and Tokyo Smoke banners.

Tweed is a globally recognized cannabis brand which has built a large and loyal following by focusing on quality products and meaningful customer relationships.

From our historic public listing on the Toronto Stock Exchange and New York Stock Exchange to our continued international expansion, pride in advancing shareholder value through leadership is engrained in all we do at Canopy Growth.

Canopy Growth has established partnerships with leading sector names including:

BioSteel is a North America operated sports nutrition company that was built on the mandate of providing the safest, healthiest, and most effective line of nutritional products available. BioSteel’s line of nutritional products ranges from a sugar and caffeine free sports beverage with no artificial flavours, colours, or preservatives, to a line of proteins and everyday essentials. BioSteel products are currently readily available across North America, and globally with select retail partners or direct to consumers online,through www.biosteel.com.