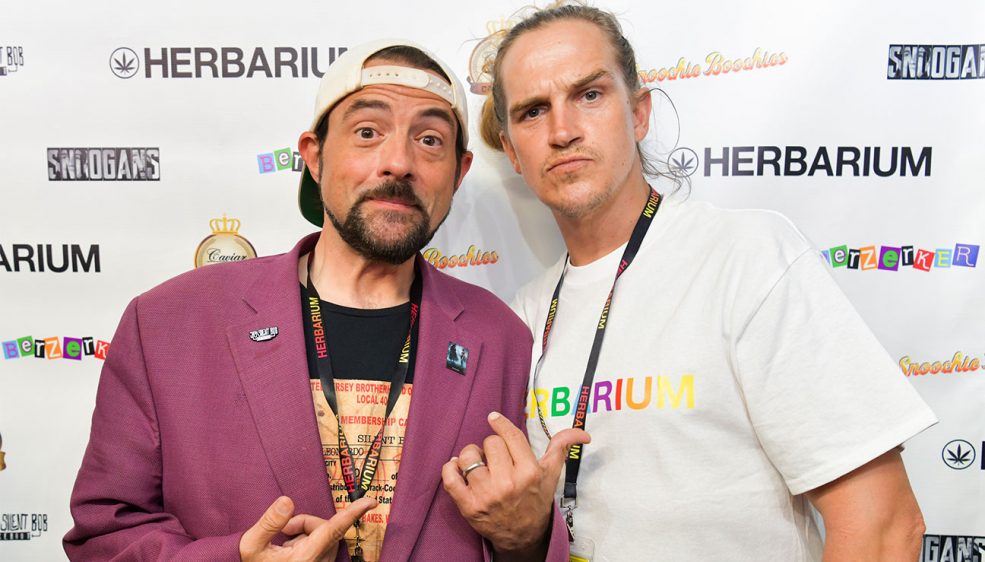 This morning we got word that the U.S.-Canadian border would be closing to non-essential travel and traffic; a “reciprocal” move aimed to help slow the spread of COVID-19. “Essential travel will continue,” noted Prime Minister Justin Trudeau, which will preserve critical supply lines between the two countries.

As more and more of our world locks down, and as our new norm gets re-defined with each passing day, fingers can easily point to the countless aspects of our society being affected by the coronavirus pandemic. One such measure teetering at the moment is a cannabis ballot initiative, supported by actors Kevin Smith and Jason Mewes, more commonly known as Jay and Silent Bob.

The initiative, the California Cannabis Hemp Heritage Act, which is hoping to receive enough support to make it on to the ballot in the upcoming presidential election, aims to amend and improve cannabis access by changing the current regulatory model which would alter existing tax and licensing policies.

The initiative would eliminate taxes on medicinal cannabis, would require that 50 percent of cannabis tax revenue be re-invested in the industry, and cap cannabis excise tax at 10 percent.

“In legalizing weed recreationally, it kind of took a step back, and now there are people that don’t have access to it,” explained Smith in a video released by the duo.

What the initiative now faces, beyond collecting the needed support, is the fact that due to the current measures in a place drawn out by the coronavirus pandemic, canvassers are unable to go out and get signatures anymore. Smith and Mewes, through a video posted to Facebook, have urged state officials to temporarily amend the signature collecting protocol so as to allow people to provide their support for the petition online, as opposed to in-person – the latter of which would be highly impractical per the health risk. Allowing for online signatures would prevent the spread of the virus, accommodating for social distancing.

“Being that we are in the middle of a pandemic and that it would be irresponsible to send people out to get signatures, will digital signatures be enough?”

This initiative, if successfully passed, would mark a very important step forward towards improving access for medical patients, even globally, where the amendments could be a framework for more local change. Now infamous, the 2018 legalization of cannabis in Canada, while opening the market for legal recreational use, drastically limited the access that medicinal patients had grown to depend on – no pun intended. Two years into legalization and the situation has not improved.