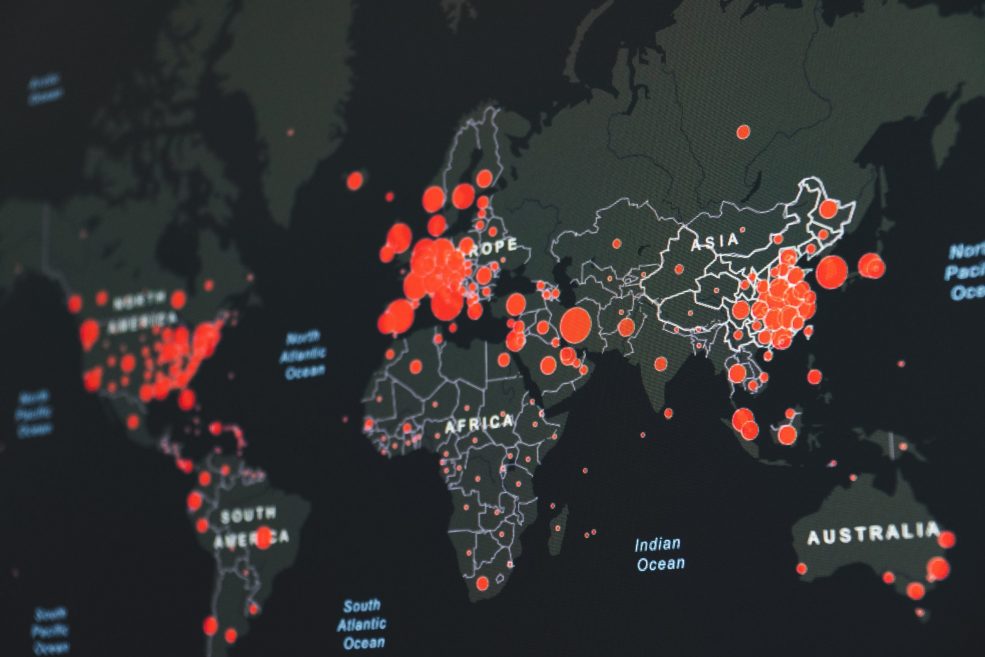 Our neighbours to the south are unenviably approaching 100,000 cases of COVID-19 across the country; the largest count worldwide. Here at home, where a faster and more effective approach to dealing with the spread of the virus – an attempt to flatten the curve – has been implemented, Canada sits at 4,610 cases.

Though fairing far better, both countries have quickly approached heavy stress points as resources dry up, personnel fatigue, and lockdowns on the society we know harden.

While issues such as panic buying and people continuing to not observe social distancing measures are low points, the sense of community, support for our health care workers, and genuine efforts to help the cause have shown through. And the cannabis industry is no different, with many companies, individuals, and the community as a whole stepping up to do what they can during this trying time.

Aurora Cannabis Inc., one of the country’s largest licensed producers, has donated highly sought after N95 respiratory masks to Alberta Health Services. Organigram Holdings Inc., a New Brunswick producer, donated ethanol for the production of hand sanitizer, which spirits distilleries across the country have stepped up to help produce.

With the added support of being deemed an essential service within several provinces, cannabis retailers across the country have done their best to remain open as well, supporting their consumers and patients, during this especially traumatic time, often running on a skeleton crew. Victoria’s VCBC announced earlier in the week that though limiting their hours, they would still remain open several day a week, to continue serving their patients, many of whom suffer from chronic and terminal illnesses.

Speaking to CBC, George Smitherman, president and CEO of the Cannabis Council of Canada, noted that they are happy to help cannabis producers connect with the right players to offer their assistance during the pandemic, but also recommended simply reaching out directly to nearby hospitals and health authorities.

“If you have resources locally, reach out to people in the healthcare sector,” he explained.

While the enthusiasm and efforts to help are there, cannabis companies, producers, and labs across the country, had also often found a closed door, when trying to connect with government officials to provide assistance. Many requests have fallen on deaf ears, and in a weird juxtaposition, many cannabis companies have found themselves, at the same time, additionally been turned away from government financial assistance, due solely to the industry within which they operate.

Editor’s Note: Cannabis is a legal industry in Canada.

Earlier in the month, Dan Sutton, CEO and founder of cannabis cultivator Tantalus Labs, joined the chorus of many, expressing his frustration as the Business Development Bank of Canada, a Crown corporation tasked with helping develop small and medium sized companies through financing, announced they would not be providing relief for cannabis companies suffering during this pandemic.

Many companies and retailers had already resorted to temporary layoffs and facility closures, as cash flow dried up; the same issue being faced by all industries during this crisis.

Through a subsequent announcement, the Business Development Bank of Canada did note that they were working on increasing loans by $10 billion, but failed to clarify whether cannabis companies would be included.

Then, in another example of the left hand not knowing what the right hand is doing, Thursday evening, Health Canada contacted all cannabis license holders stating that they were “working to identify lab capacity that might be available across the country in various sectors, including at licensed cannabis production sites, to assist with supporting COVID-19 testing.”

Editor’s Note: While cannabis companies, businesses, retailers, labs, and local clubs want to do what they can during this global crisis, being backhanded while they do so is, in our opinion, in bad taste.