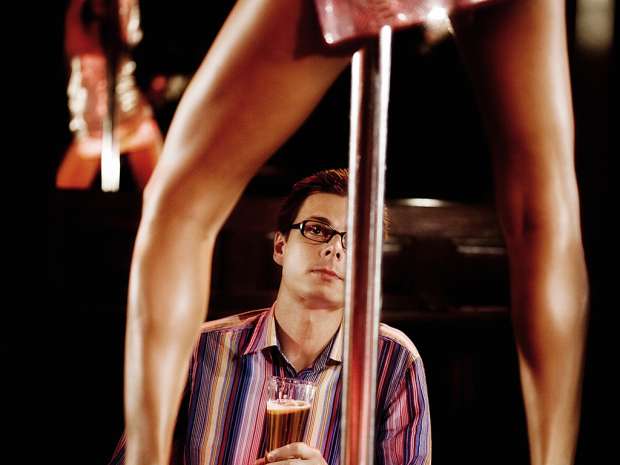 Loonie Toss: When substance, strippers, and the law collide

It’s no secret that prohibition can cause a lot of problems. Good or bad, it often changes the way society approaches sex. Like lovers, sex and illicit substances tend to go hand-in-hand and regardless of whether they should, the laws of one affect the other.

So, here we are almost a year after cannabis prohibition has ended and our lawmakers are busy trying to figure it all out. One topic that is being currently debated is the need for regulations for cannabis lounges because none exist. As it stands, you can legally purchase and possess cannabis. But, there is nowhere to legally use it if you can’t at home.

In the usual fashion, bureaucrats with no cannabis experience are ignoring what the people actually want as they create regulations for adult cannabis lounges. The thought of what they will come up with is terrifying. In the past, do-gooder busybodies have forced their ignorant agendas on others by law and wreaked havoc. There is no better example of this than Alberta’s loonie toss game. Considering the future of cannabis lounges are in the works right now. And because we should always try to learn from our mistakes. Let’s take an in-depth look at one of the worst regulations in the adult industry, the loonie toss, and the negative effect it has on strippers.

The Loonie Toss – What it is

The Loonie toss is a disgusting tradition endured by strippers in Alberta. The stripper, usually female, positions herself in a way that allows ample access to her crotch area. Some girls stick a loonie on her buttcheeks for the club patrons to try to knock off. Others will use personal posters like a funnel, adding more challenge. When the club has finished ” making it hail”, the dancer walks around with a magnet on a string to collect all the change.

Have you ever wondered who came up with the horrific idea to legalize throwing loonies and toonies at stripper’s crotches? You can thank the anti-exotic dancing group called the “Defenders of Decency”. Prominent in the late 80’s, they believed that problems in our society resulted from the uncontrollable lust that stripping creates, so, they tried to have sexy dancing banned. These busybodies campaigned hard and unfortunately, the Alberta Gaming and Liquor Commission listened.

When Bylaw listens to the wrong people about sex

They created liquor regulation 5.11.6 A; it states that:

“ A licensed premises with nude entertainment must provide a stage or enclosed dance floor, separated from the patron seating area by at least one metre.”

The metre of space is meant to do more than protect anyone from contact, it eliminates the ability to hand the stripper any money or put it on the stage. The Defenders of Decency had the idea that because strippers wouldn’t make as much money, the practice would end because everyone would eventually quit. Little did they realise that they were actually laying the legal framework to create one of the most indecent and unsexy practices in the history of exotic dancing.

Sexy regulations fact – Did you know that nipple pasties were created to circumvent anti-topless laws in the 1920’s? Showing an entirely bare breast was considered legally indecent but with a pasty on the nipple, one could argue that no laws were being broken.

Dancers in Danger? Shame on you Alberta

There isn’t a person on earth that couldn’t see how the loonie toss could feel humiliating but what most people don’t realize is how dangerous it is. If you think about the attire a stripper is wearing, it’s easy to see the risks this practice poses.

Legalization might be a step in the right direction but that doesn’t mean that things can’t go sideways.

We’d like to pretend that politicians make decisions based on public input and current evidence. But, the reality is that laws are often created through trial and error.

When the prohibition of an adult item ends, substance use, sex and the law collide. The Provincial Government recognizes that they need to allow for legal options for cannabis to be used publicly and I am really looking forward to the future. Imagine the day when you can smoke a joint while watching an exotic dancer! That day is coming soon. Let’s just hope that when it comes to the approaching regulations, our lawmakers listen to the right people and learn from the loonie toss.

For more on sex and cannabis, check out Julia’s other articles here.