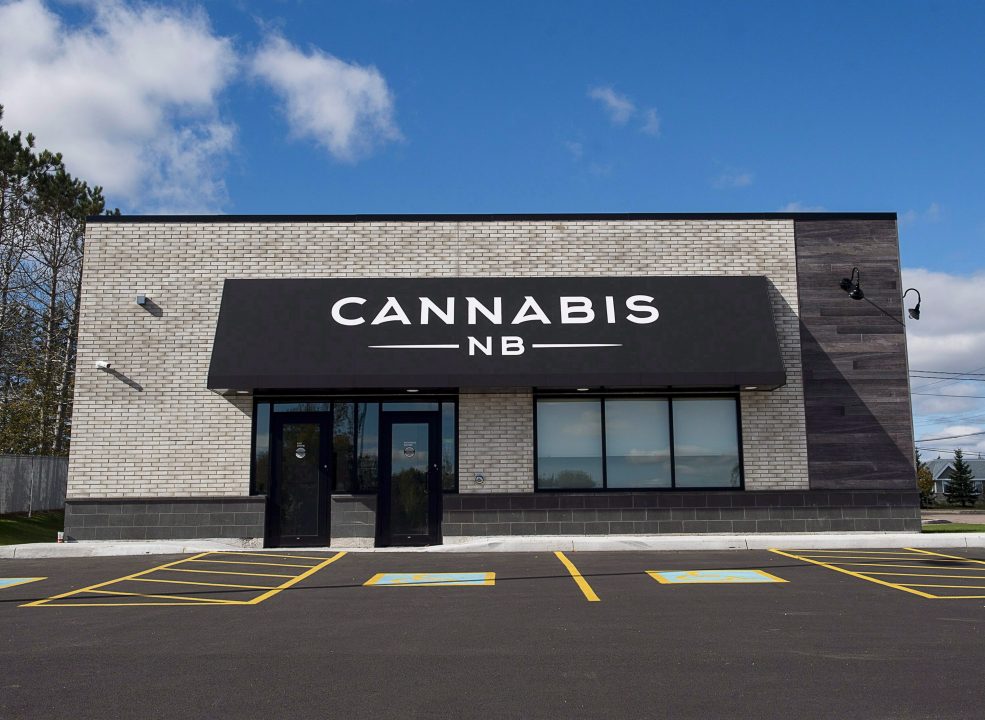 FREDERICTON — Citing significant financial losses and overly restrictive federal regulations, the New Brunswick government is looking for a private operator to take over its distribution and sales of recreational cannabis.

Finance Minister Ernie Steeves made the announcement Thursday in Fredericton, saying that losses incurred by the provincial cannabis corporation persuaded the government it was time to turn to the private sector.

“This was the best way to stop losing money at this point,” Steeves said. “We are responsible for the taxpayers’ money, and we have to be prudent with it.”

Cannabis NB, a provincial Crown corporation, lost almost $12 million in its first six months, and although sales are on the rise, it continues to bleed red ink. It has announced last month that second-quarter losses for the current year were $1.5 million.

Steeves said the previous Liberal government went with a bad business model that stuck the province with expensive leases on 20 stores across the province. He also said Health Canada regulations make it hard to be successful.

“I’m convinced Health Canada did not want it to succeed. Health Canada has come out with rules like you can’t smile in pictures on our website because that might encourage people to take part in this activity,” Steeves said.

The minister said the government request for proposals will seek a single operator. “We are not shutting down Cannabis New Brunswick,” Steeves said. “There has to be a compelling proposal for us to do business in the private sector.”

Cannabis NB criticizes soon after opening for having prices higher than cannabis available on the black market in the province. Those prices have since been reducing. However, Steeves said the government won’t be dictating prices to a private operator out to turn a profit.

“It’s not up to us to decide what their margins are going to be, or how much they are going to make. Obviously we’re going to be regulating and getting some tax and whatever we can through the (request for proposal) process,” he said.

Interested proponents will have until Jan. 10, 2020 to submit proposals. Steeves said there will be a thorough review before a proposal is chosen, but it is possible none will be successful.

New Brunswick’s move follows an announcement last month by the Ontario Cannabis Store that it plans to get the private sector more involved in marijuana storage and delivery. The Ontario Crown corporation has been struggling to meet the demand for recreational cannabis, and it lost $42 million in the fiscal year ended March 31.

In Fredericton, Peoples’ Alliance Leader Kris Austin applauded the call for proposals but said there should be an open market rather than just one operator. He said that would help address the number of illegal dispensaries in the province.

“We pushed for an open market rather than one source because the ones that are operating illegally can do what they need to operate legally,” he said.

On Thursday, the Parent issued a statement saying the decision on the future sale and distribution of cannabis rests with the provincial government, and Cannabis NB will focus on improving prices and lowering costs until that decision is made.

“Until such time as the retail model changes, Cannabis NB will manage all aspects of its operations in order to provide the best value to its customers and its shareholders,” Parent wrote.

It’s unclear what would happen to the more than 200 employees at Cannabis NB under a privatized model, but Steeves said they are well trained and would be attractive to a new owner.

The New Brunswick Medical Society expressed concern Thursday about the privatization and ask to be included in discussions between the government and the retailer chosen.

“While we understand the financial challenges government is facing, it is important that government policy put public safety at the forefront of all decisions regarding the sale of cannabis,” Dr. Chris Goodyear, the medical society’s president said in a statement. “While it may be legal, that does not mean cannabis is safe.”

Steeves said he expects strong interest in the request for proposals. A decision is expecting in the spring of 2020.