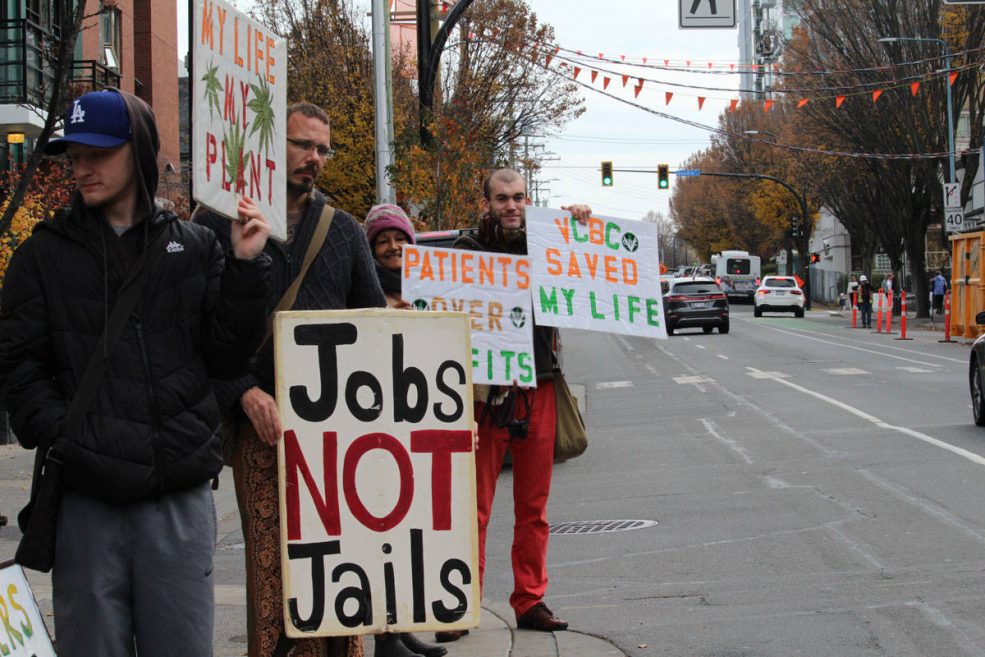 Another week, another raid.

The province’s stormtroopers, the Community Safety Unit (CSU), are at it again. This time around, late Thursday morning, the enforcers targeted the Victoria Cannabis Buyers Club, in the downtown provincial capital.

One of the oldest compassion clubs in Canada, and the oldest dispensary in the country, it helps people with incurable physical medical conditions by providing them with medicinal cannabis and cannabis-based products and has done so for 23 years.

The CSU raided the dispensary around 10:45 am Thursday morning, shutting down the store, turning away patients, and seizing inventory. Many supporters and patients gathered outside the club during the raid.

The VCBC, which also refers to itself as a community center, offers a space for members to smoke or vape cannabis.

Previous raids have taken place over the years, with four raids of note between 2002 and 2003.

Club founder, Ted Smith, mention last year that they would not be applying for a provincial license, following national legalization, as the club, which sells edibles for medicinal cannabis patients, would have to stop doing so. Edibles did become legal this past Oct, with the second round of legalization, which also included extracts and topicals, however, they came with a catch – 60 days notice would be required before these new products could become available for sale.

The Community Safety Unit, which operates under the Policing and Security Branch of the Ministry of Public Safety and Solicitor General, is responsible for compliance and enforcement of the Cannabis Control and Licensing Act.

More details to come on this developing story.