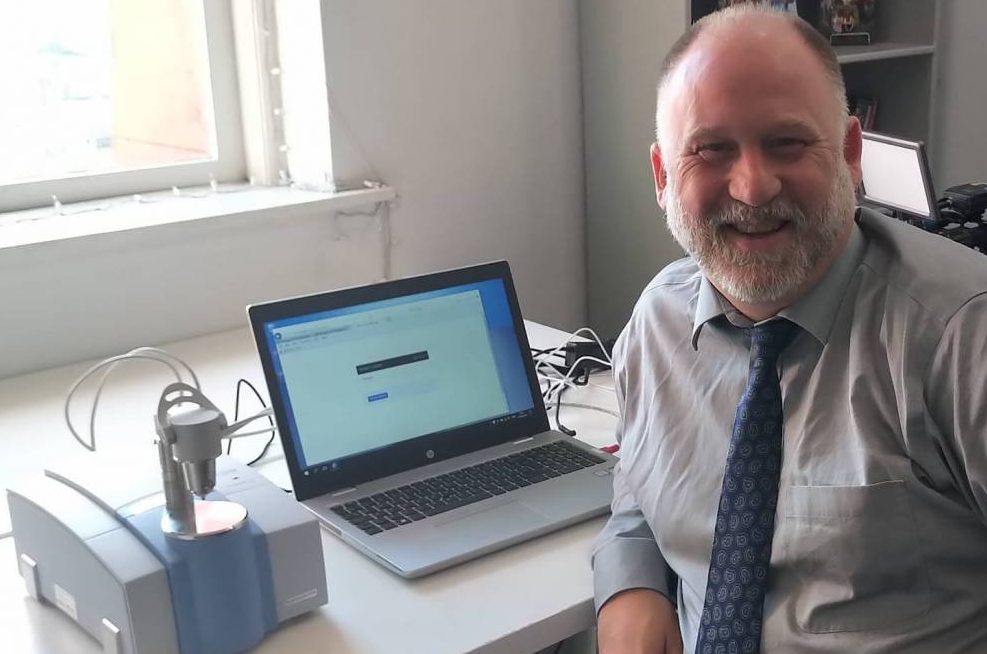 In the last few weeks, cannabis access in Vancouver has gone from bad to worse as dispensary after dispenary are forced to shut down across the city. The Medicinal Cannabis Dispensary (TMCD) on Hastings (East Hastings dispensary) was one of them, ceasing cannabis sales on June 5, which marked the temporary end to one of Vancouver’s oldest dispensaries.

But that wasn’t the end of the Hastings TMCD. While it no longer sells cannabis, it has now transformed itself into an education centre that also offers a drop-in drug analysis service, which is available to the rest of Canada via mail.

That means even without cannabis, The Medicinal Cannabis Dispensary will continue to fight for its community while remaining a staunch advocate for patients and harm reduction. The location of the dispensary on 880 East Hastings is particularly important as it’s in the Downtown Eastside, which has been hard hit by the opioid crisis.

The drug analysis service was founded by TMCD owner Dana Larsen, and more information on this program is available on its website at Get Your Drugs Tested, which made headlines when the drug test by mail service launched in late May.

Why is a dispensary now doing drug analyses?

Initially, the drug test was available via mail only, until a May 31st BC Supreme Court ruling affirmed that a group of Vancouver’s unlicensed dispensaries must close while they appeal the court-ordered closures. At the time, Mr. Larsen said he would stay open as long as possible.

On June 4th, Mr. Larsen announced that the Hastings TMCD would be closing, and cannabis sales officially stopped the next day.

As of writing, the website has results of 100 drug analyses conducted between May 18- Jun. 17.

Cannabis Life Network: I heard that you were launching a Canada-wide drug test service?

Dana Larsen: Yeah it’s at GetYourDrugsTested.com. We bought a FTIR machine, which stands for “Fourier-Transform Infrared”. It’s about the size of a bread box and you put a tiny sample of a drug or substance in it and it shines an infrared laser at the sample and analyzes the light that comes out of it.

It matches those light spectrums against a library of substances and it will tell you what’s in there. These machines are actually used for many things, not just drugs, like industrial purposes such as analyzing soil samples and chemical composition.

The City of Vancouver and the Province of BC already have a few of these machines. You can get your substances tested in person at some of the Overdose Prevention Sites and Insite, but access is limited because you can only get it done in-person and it’s only available for a few hours a day.

And although it’s great for injection drug users, for a lot of people, just going into a place like that is a barrier. Someone who uses ecstasy might not be comfortable going to a safe injection site, and even if they were, you have to be in Vancouver to access it.

So, by getting this machine and offering tests by mail-order, we’re able to service the whole country. It’s not legal to do this- technically, it’s trafficking in drugs when I ask people to give me a sample- but I don’t really care about that too much and I’m not really expecting any legal problems.

Some people have freaked out saying, “You’re sending drugs through the mail!” when in reality there are a lot of drugs going through the mail all the time. That’s how the majority of fentanyl gets into the country from what I’ve read and we’re dealing with extremely tiny quantities so the potential harm from people sending us these little samples is minuscule.

We encourage people to make a $5 donation but it’s not mandatory and we’ll email the results either way. We check the mailbox everyday and it only takes about 5 minutes to do the test. You can expect an email back from us on the same day we receive the sample.

Although this is open for all kinds of drugs, I expect that most of those who take advantage of this probably won’t be opioid users so much as they will be entheogen users and people who use party drugs.

But it’s open to everyone and we’ll see what kind of results we get once we run it for a while.

Have you been contacted by anybody in the medical industry?

I recently had an email from a clinical nurse in Winnipeg who does harm reduction work and wants to be able to send us samples from drug users, which is great because you just can’t do it through the legal system because there’s no mechanism to have this kind of service available.

Even though we have these machines in Vancouver, you’re not legally able to send drugs from Winnipeg to Vancouver to get it tested, and so I’m very confident that we’ll be quite busy and I think by the end of the year, we’ll be getting a dozen samples a day, if not more.

How well does the FTIR machine work?

The machine works very well, although it does have some limitations. It can’t detect things if they’re under 4% of the sample because it’s hard to pick up.

We also use fentanyl test strips because a very low dose of fentanyl can still have an impact even if the machine can’t pick it up. The test strips give a “yes/no” and they’re very sensitive.

When we respond back to people, we don’t just tell them the results, we tell them what the results mean. For example, if somebody sent us what they thought was MDMA, but it turned out to be PMA, we’d give them more information on PMA and the risks of taking it.

Is the machine able to test cannabis for pesticides?

It doesn’t really work with organics because the chemical levels are quite complex. I believe we can do a very pure THC or CBD isolate and things like that for contaminants and purity, but it’s not really the right kind of machine for testing pesticide levels.

I’ve been asked for that, but that kind of testing usually requires mass spectrometers or gas chromatography and those machines are over $100,000 and would cost over $20 per test.

This machine, aside from the person running it, there’s no cost to running the test. You just put the sample of the tray, push a button, and a laser shines on it.

For chromatography, you’ve got to destroy the sample, use all these slides and plates, and it’s much more labour intensive.

The FTIR machine cost around $40,000 and we had to save up for a while. But now that we have it, all we have to do is pay the person to run it and hopefully, the $5 donations will cover their salary.

I just want to say that, for me, cannabis is just one part of the equation and that, especially in the middle of an opioid crisis (which is really a Prohibition crisis), I think it’s important that the cannabis community realizes that while we still have a lot to do in cannabis, it’s bigger than just that.

Although the cannabis laws are deeply flawed and need to be fixed, our opioid laws are killing people every single day so we have to ally ourselves with the broader movement and not be part of the stigmatization and criminalization of other drug users, but rather recognize that we’re all on the same team.

I don’t think we’ll ever get perfect cannabis laws until we end the Prohibition on all drugs and recognize that the War on Drugs has been a failure.

We must abandon Prohibition of all drugs as a policy and philosophy.