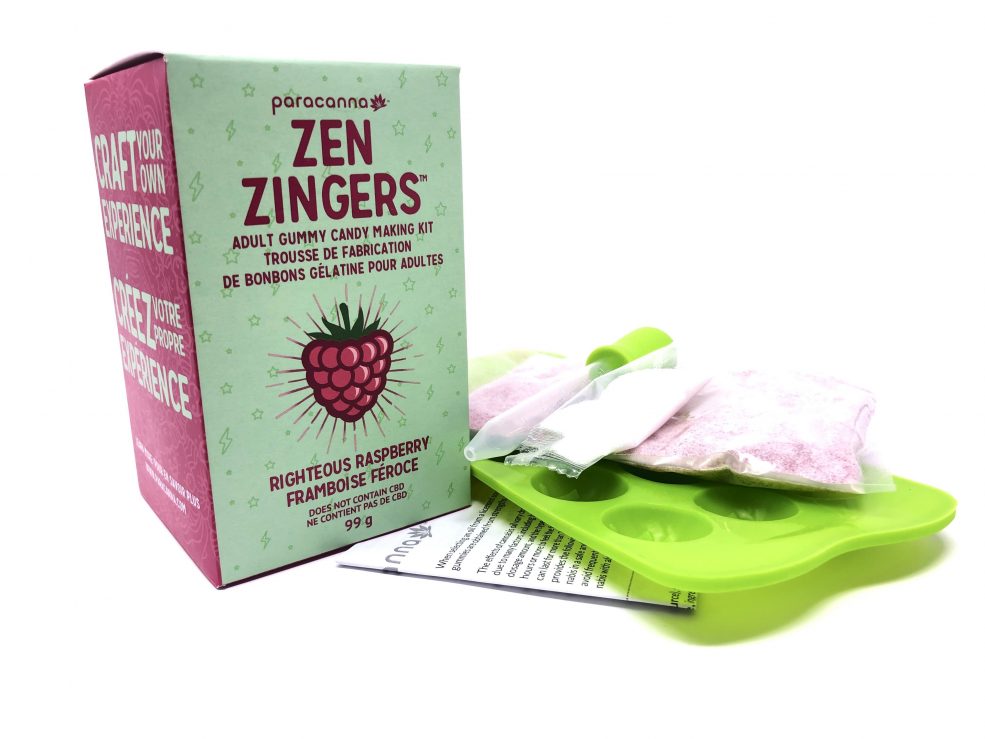 Canadian consumers don’t have to wait until mid-December to legally consume some cannabis-infused gummies. If they’re willing to make some themselves.

For those who may be wary or intimidated by cannabis cooking. Victoria-based company Paracanna has developed a do-it-yourself kit. To these kits consumers can add drops of legally procured oil to create gummies in flavours such as “punchy pink grapefruit.”

Gummies Shapes not Attractive for Kids

Paracanna’s product does not contain any cannabis, and therefore is not subject to Health Canada’s new edibles regulations. Still, the company did not want the packaging or the resulting gummies to appeal to children, said Butterworth.

The moulds in the kit produce half-sphere shaped gummies, and the box itself is modelled after tea packaging.

“No animals, no characters, no creating juicy explosions and things that are typically seen in kids’ candy/gummies. We really tried to stay away from that,” she said.

Paracanna also recommends to “start low and go slow” with cannabinoid content — the active ingredients derived from cannabis such as THC — in its dosing guidelines to prepare cannabis gummies. It recommends four, five or 10 milligram edibles.

However, consumers will make the ultimate decision on the potency they require while making the gummies.

This friend experience who uses medical cannabis helped to spark the idea  to introduce cannabis gummies kit for Paracanna. This friend grapples with an undiagnosable condition that results in daily migraines, and rather than taking the prednisone prescribed by doctors, he uses cannabis at relatively high doses, she said.

“We don’t want anyone to go out and take a really high dose and hurt themselves, or put themselves in harm’s way,” said Butterworth. “But there are certain people who will inevitably use the gummies kits to access what’s required for their conditions.”

The company was incorporated in November 2017, and its gummies kits are on sale in more than 300 stores, largely head shops, dispensaries and some smaller, local grocery stores, she said.

When edibles hit legal retail stores as early as mid-December, Butterworth believes there will still be demand for her gummies kits. The government’s packaging requirements will make pre-made products more expensive than homemade, she said.

Also, it will probably take months for legal shelves to be fully stocked, she added.

“It’s going to take awhile to get into full swing… there is room for our product in the market, for sure, and pre-made edibles as well.”