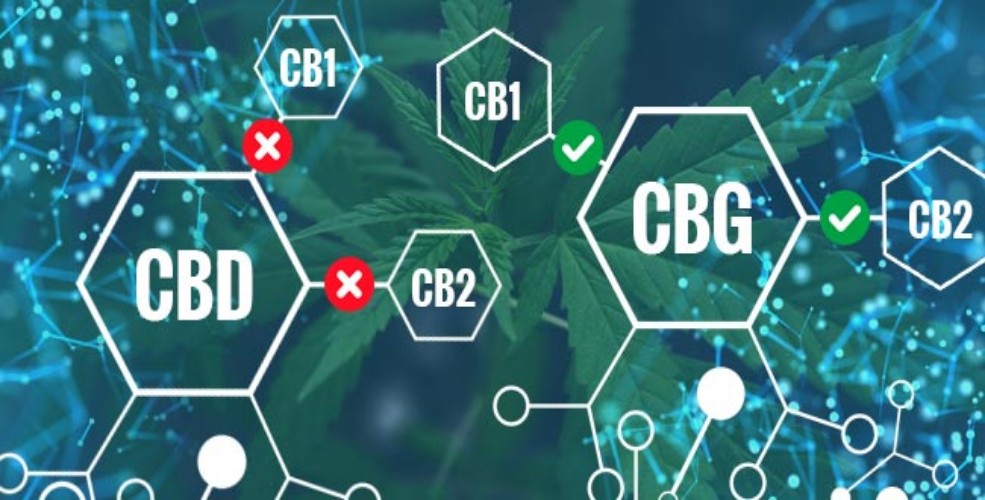 Can CBD and Cannabigerol (CBG) create A Cannabinoid Powerhouse?

Cannabigerol (CBG) can compliment cannabidiol (CBD) in many ways. On its own without a supportive spectrum, cannabidiol can make certain people feel almost a little unpleasant. Many causes are behind this. One reason is it only activates half of the cannabinoid system. A marriage of cannabinoids will work together to uplift the system in a circle of perfection. THC works, even the non-intoxicating THCa, but you can also help cannabidiol become pleasant with CBG – a cannabinoid system powerhouse.

CBG and The Cannabis System: A tale of mysterious biases

Cannabigerol is slowly becoming known to activate the cannabinoid system and interact with THC. Unfortunately, similar to CBD, different results between mice and humans have been seen. This causes some confusion in evaluating how it affects us.

Research has shown CBG’s knack for activating ‘CB2 receptors.’ This effect has been seen in human … cells, in a test tube. This non-intoxicating part of your internal cannabinoid complex is largely in the body more than the mind. Any activator of this receptor is a huge player in the immune system. They also carry additional benefits in mood and addiction therapy.

Cannabinoids in the mind

Information on how CBG affects the intoxicating site THC attaches itself to is less clear. Studies suggest activation without euphoria. Although, others suggest a personality for select moderation instead of agonism. A concrete fact does not exist due to mixed reports. Not only towards which exact part is affected, but between positive and negative expressions as well. Clearly, we need further evaluation into CBG’s action as a regulator for this specific receptor’s many mechanisms. Its effects might be quite indirect as well.

Cannabigerol’s polymath of a personality is misleading. Its confusion is in part caused by helping stop the break down of internal cannabinoids that are produced by mammal’s bodies. CBG will active your therapeutic pathways by elevating your own endogenous cannabis system. It will specifically help your body create a cannabinoid known as 2-AG. The effect is similar to how CBD raises the internal cannabinoid Anandamide (AEA) by blocking an enzyme FAAH. Except, cannabigerol inhibits its own special enzyme, MAG-l.

2-AG has different effects compared to AEA. It is not so blissful but instead helps protect you. It is also a lot more potent, even thought of as the “powerhouse,” but all without being intoxicating. For some, Anandamide is all they need. Certain individuals, on the other hand, need both halves of the cannabinoid system. Otherwise, the effect will not sit well with them. CBG can inhibit MAG-l and bring up your endocannabinoids with a well-rounded balance when added to CBD. Using both internal cannabinoids together only works for some people, though.

CBD and CBG: A perfect pair

CBG does also help indirectly elevate anandamide in several intricate ways. While this effect is similar to cannabidiol, it is far less efficient.

Unfortunately, it is these indirect mechanisms that cause a shadow for either cannabinoid to hide under when studying their effects. At least, in preclinical trial studies that is.

Regardless, CBG connects positively with large audiences, all while carrying a much deeper physiological interaction with us. Stay tuned for the next installment of Cannabis Life Network’s new series to learn how our connection with Cannabigerol can balance mood.