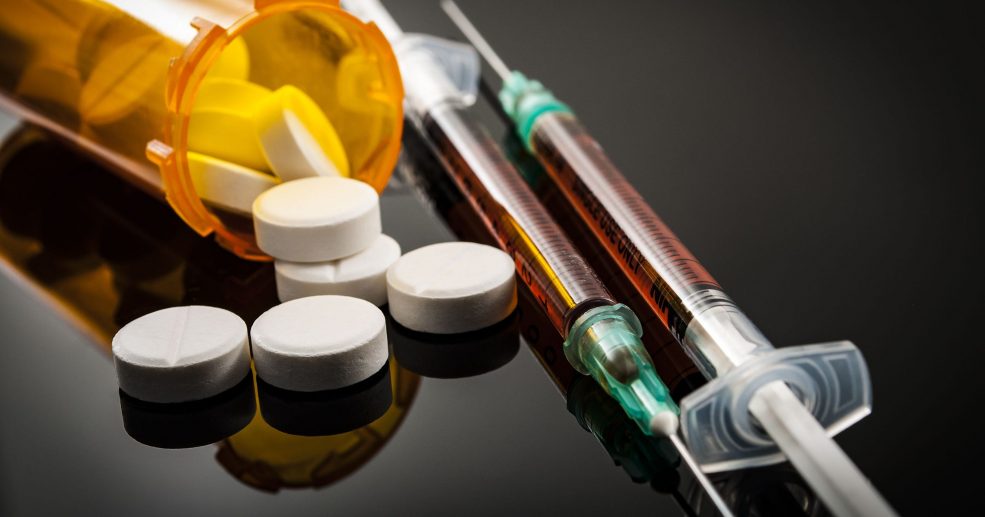 VANCOUVER — A doctor with an expertise in public health says he will soon be dispensing opioids through a vending machine in Vancouver‘s Downtown Eastside in order to prevent overdoses from fentanyl-laced street drugs.

“The machine that’s been created in Toronto would scan a patient’s hand for identification before dispensing a pre-programmed number of hydromorphone pills that are a substitute for heroin.”

“The eight-milligram pills cost about 35 cents each. And focus groups with drug users have suggested most people would need about 10 to 16 pills a day”, said Tyndall, who is also a professor of medicine at the School of Population and Public Health at the University of British Columbia.

“The pills are cheap and readily available right now, and legal,” Tyndall said. “We could individualize the dosing and we’d probably scale it up over two or three days.”

He said the device includes a touch screen and a biometric hand scanner on the side. And pills would be dispensed in about 20 seconds for patients who have been approved to receive them, possibly several times a day.

Tyndall said, “Built-in cameras could be programmed for a video call to a health-care provider.” Tyndall floated the idea for a safer drug supply about 18 months ago and plans to start offering the dispensing service within a few weeks.

“I’ve already lined up people who want to do it,” said Tyndall, who would write the prescriptions for hydromorphone. It is a pain medication that is sold under the brand name Dilaudid.

Hydromorphone is typically crushed and injected by people who may have previously used OxyContin, before that drug was made more difficult to tamper with following multiple fatal overdoses, Tyndall said.

The same medication is available through a limited number of Vancouver clinics. Which offer supervised injection to those experiencing severe substance use disorder.

However, Tyndall said the clinics’ rigid requirements that have people returning multiple times a day are impractical compared with his plan.

He said his idea would save the health-care system thousands of dollars. And it is the most impactful way to curb overdose deaths in a province that declared a public health emergency more than three years ago.

Karen Ward, a longtime substance user and former board member of the Vancouver Area Network of Drug Users, said:

She supports drug dispensing from a vending machine for people who are at highest risk for overdose and may not have a family doctor or housing.

“It gives people a lot of agency,” she said of using a machine, especially if it is in their neighbourhood where health-care workers know drug users’ needs.

“I’m hesitant to go put up with something if I’m just going to be judged and talked down to and made to feel like I have all these problems when I’m trying to just not die.”

“Any plan to provide safer drugs should be rigorously evaluated to reduce potential harms. And illegal drugs should be regulated through a framework similar to cannabis and alcohol, for example.”

“There’s just a real need to regulate the illegal drug market because as it stands right now it’s toxic and poisonous. And overdose deaths and overdoses have skyrocketed lockstep with the introduction of fentanyl,” said Ahamad. He is also a clinical researcher at the BC Centre for Substance Use.

“It’s obvious that immediately we need to intervene on the supply side. And I would like to see if there is a way to regulate that illegal market so people don’t need to go to drug dealers to get these really risky, dangerous drugs.”

The College of Pharmacists of BC said:

Tyndall’s plan “creates a complex scenario” with multiple layers of requirements at both the federal and provincial levels as well as its own bylaws.

“This does not provide for a clear approach for Dr. Tyndall’s vending-machine proposal for providing hydromorphone outside of pharmacies,” the college said in a statement, adding it’s working with the BC Centre for Disease Control and the ministries of Health and Mental Health and Addictions to help develop strategies to improve access to safe sources of opioids under the current provincial and federal requirements.

“We believe that an approach that works within the existing multiple layers of legislation will be the most effective way to quickly increase access.”