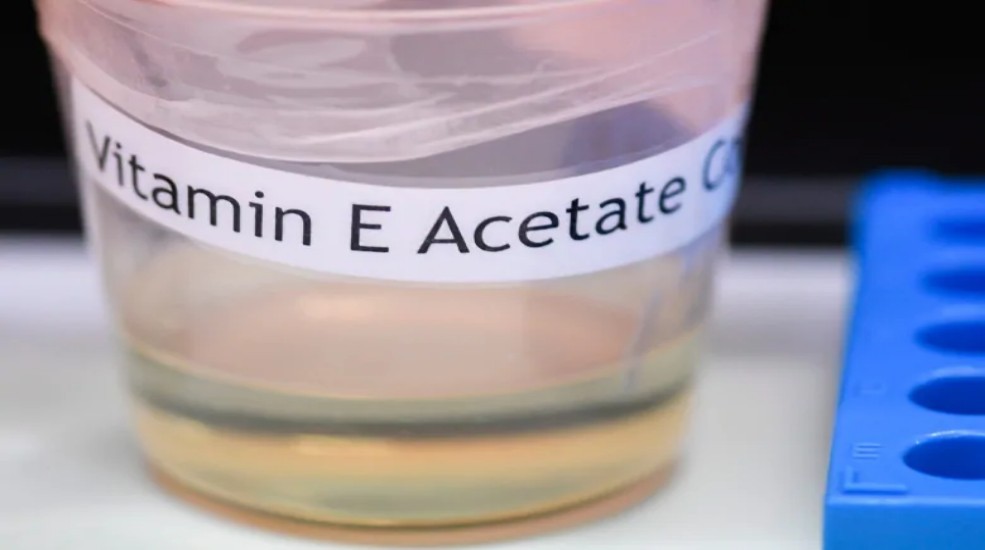 Why Vitamin E Acetate is in Pesticides

Mystery has embraced concern amidst the vape epidemic which has leftover 2, 000 patients hospitalized and taken the lives of over 30. A finger has been consistently pointing at one toxin that has made itself apparent. Vitamin E acetate, or a-tocopherol, has been poised as an incredible hazard when smoked or vaporized. It has even been found in the lungs of 29 patients. Considering people are becoming seriously ill, it should be impossible to be burning this ingredient in a Health Canada approved substance that is intended for smoking or vaporizing, right?

Tocopherols can be found hidden in pesticides. It is allowed to be added as an ingredient without disclosure. While Neudorff moved away from producing pesticides, they still hold licenses for other companies canola oil and potassium salt formulations. Thankfully, pesticides containing pyrethrins aren’t allowed to be sprayed onto cannabis, at least not yet. Neudorff does use a-tocopherols with this organic insecticide, to prevent sulphur from degrading the active ingredient. No patent relating to any pesticide approved for use on cannabis declares the use of Vitamin E acetate. However, many different companies own cannabis-approved pesticides that keep their ingredients a secret.

Few of the cannabis sprays have open information that details their recipes, and Health Canada does not regard specific inert ingredients when analyzing the safety of a pesticide. They do take into account the safety risk for the product’s intended uses, such as ingestion, but cannabis and smoking bypass these protocols. Furthermore, hidden poisons are added directly to the cannabis-approved hydrogen peroxide spray, Zerotol. Health Canada does seem to care about some cannabis sprays though, as they are given heavy Maximum Residual Limit restrictions. One, in particular, Myclobutanil was restricted due to its cyanide producing properties upon combustion. So, will they start to reconsider the use of Vitamin E acetate as an inert ingredient in cannabis pesticides?

Motives to Regulate versus an Inevitable Danger

Regulations require motives. The vape crisis has mixed the financial interest tied to crushing cannabis’ black market, or the rise in non-big tobacco produced nicotine products, with health and safety. Myclobutanil restrictions were more about making a point – ‘Health Canada is keeping you safe.’ In reality, those regulations restrict the medicinal value of cannabis, suffocating mom and pop businesses, more than keeping to a focus on bringing safety. Vitamin E acetate may not be incredibly common in the list of approved pesticides, but only the producers of those chemicals know where any of it truly is. At this point in the crisis, with data still coming in, and with the number of sick or affected rising, Health Canada has not yet been motivated to bring any sort of light to their blind eyes and allowing for the continued use of vape juice ingredients, sprayed on your raw cannabis during flowering.

Sure, there may not be enough residual Vitamin E acetate physically left on cannabis to poison someone, but it will certainly cause damage if vaped or smoked.

The addition of a cheap thinner in products has been a practice for years, and at this point is fairly self-explanatory, with companies using them for various reasons. Antioxidants will preserve foods, soaps, and pesticides from degradation. The fatty acids in canola oil can also lead to lung injury, alongside vitamin E which is always present in canola. This is not new information. The risks have been known.

It is time to realize oils and glycols are not intended to be smoked. They have no place in flowering or finished cannabis. Experts have been saying this for the last number of years, and yet their inclusion has persisted. Remember, glyphosate is in your pee which means Roundup’s toxic inert ingredient, polyoxyethylene amine is there, too. Cannabis should never leave a residual chemical in your lungs, but sadly it so often does due to production practices.