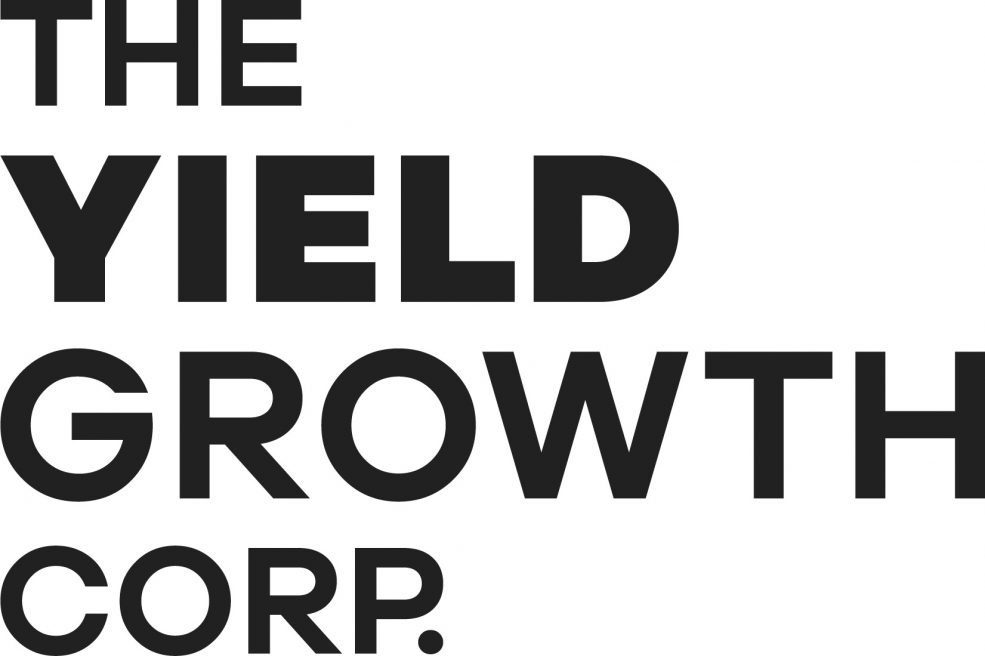 VANCOUVER, British Columbia, Oct. 10, 2019 (GLOBE NEWSWIRE) — via OTC PR WIRE — The Yield Growth Corp. (CSE: BOSS) (OTCQB: BOSQF) (FSE: YG3) is pleased to announce that its wholly-owned subsidiary Flourish Mushroom Labs Inc. has completed the acquisition, announced on September 24, 2019, of a catalog of mushroom formulas as the foundation of a mushroom edibles business.

The formulas and know-how acquired relate to formulations that may be used to create ready to eat packaged food products or packaged food products that may be mixed with mushroom varietals of the consumer’s choice. The formulations include soups, teas, hot cocoa, elixirs, and truffles. Flourish Mushroom Lab has engaged the developers to create additional products to add to the base catalog and commercialize the formulas, going to market first with mushroom-based soups and coffees.

According to healthline.com, studies have shown that cordyceps (medicinal mushrooms) boost exercise performance, improve memory and sex drive, slow growth of tumors and can improve heart health. A study published in The Journal of Alzheimer’s Disease, as reported by the BBC, found that a unique antioxidant present in mushrooms could have a protective effect on the brain, and the more mushrooms people ate, the better they performed on tests of thinking and processing.

“Learning and memory are the core cognitive functions of the human brain,” says Penny White, Yield Growth Corp. CEO. “With a rapid decline of age affecting the population, the cognitive deficit is leading to many neurological diseases. Flourish Mushroom Labs recognizes the early prevention needed for declining learning and memory to conduct research into creating edible products combining mushroom medicine for a broad potential market.”

Included in the acquisition is know-how and research related to edible mushrooms that could be used in the formulations and various health benefits that can accrue to people eating those mushrooms, as determined by researching data published from clinical trials and from the knowledge of Chinese, Tibetan and Ayurvedic medicine. The varieties of mushrooms to be used in the formulations include Lion’s Mane, Turkey Tail, Reishi, Shitake, Chagas, Cordyceps, and other wild varietals. The research and data on health benefits are included in the acquisition by Flourish.

According to The New York Times, on September 4, 2019, Johns Hopkins Medicine announced the launch of the Center for Psychedelic and Consciousness Research, to study compounds like LSD and psilocybin for a range of mental health problems, including anorexia, addiction, and depression. The center is the first of its kind in the country, established with $17 million in commitments from wealthy private donors and a foundation. CNBC says that investors are starting to bet big on psychedelic medicine with ATAI Life Sciences completing a $40 million round in March 2019 at a $240,000,000 valuation.

By mutual agreement, Yield Growth Corp. is not proceeding with any investment in Absolem Health Corp.

The Yield Growth Corp. is building and operating hemp, cannabis and other wellness assets in what the Global Wellness Institute reports is a $4.2 trillion-dollar global wellness market. The Yield Growth management team has deep experience with global brands including Johnson & Johnson, Procter & Gamble, M·A·C Cosmetics, Skechers, Best Buy and Aritzia. Its all-natural hemp skincare brand, Urban Juve, has signed distribution agreements in Canada, Columbia, Brazil, Greece, and Cypress and through its distributor network has access to over 8,000 retail locations. Urban Juve has been featured in UK Vogue, Vanity Fair UK, and Elle Canada and has an alliance with leading online beauty community, ipsy. Yield Growth’s Wright & Well brands are launching a THC/CBD line of topical products in Oregon and a CBD from hemp topicals line in California this fall.

Through its subsidiaries, Yield Growth has over 200 proprietary beauty, wellness, edibles and beverage formulas for commercialization. It had filed 12 patents to protect its extraction method and formulas. Yield Growth is in revenue through multiple streams including licensing, services and product sales.