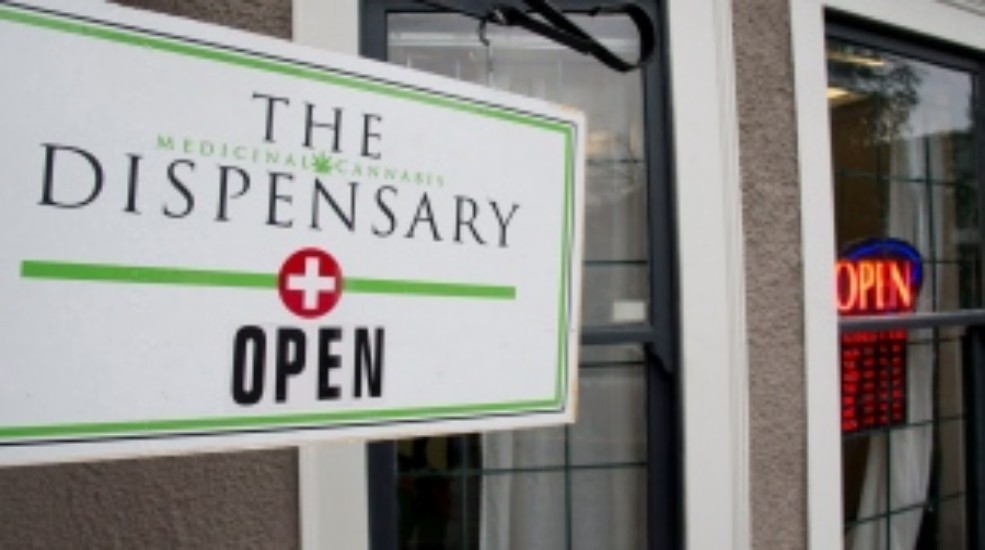 A lot of cannabis consumers were suspended in terror at the beginning of October, 2018. Many dispensaries were announcing their closure and we did not know when or if they would reopen. Some cannabis retail shops were silent, while others were just as unsure of their province’s upcoming actions as we were. In British Columbia, daily phone calls to municipality offices were an effective tactic to deter local authorities the day before October 18, but not once the power moved to provincial enforcement. Not even the owners of the shops knew their fate. Access to cannabis online was more secure, but that falls short for those who need more immediate access to brick and mortar dispensaries. Rolling the dice with wait times for online deliveries, and pre-planning medication far in advance is unfortunately not in everyone’s capability. Cannabis aids complex ailments which no bud found in the legal system can accommodate due to excessive regulations. Who is going to help someone with severe arthritis break the seal to their topical cream now?

Reflecting on the biological dichotomy

Cannabis’s genetic dichotomy may not translate directly into it’s effects, but the plant produces a full spectrum response between sedative and kinetic. One can find balance within this botanical dynamic but also a reflection for how we need to behave, as a lattice for the plant to evolve into the needs of our entire global population. Activists themselves need to continue to exist within the duality, on either side of different poles. On one side there needs to be seated an active member fighting and providing for the people in need right now, such as test case of medicinal dispensaries vs the crown, and those re-opening after CSU raids like the Victoria Cannabis Buyers Club (VCBC) and TMCD.

We must also maintain a passive polarity in the form of retailers sacrificing to open as a legal store. This for the community in the long run, but they must be operated by those who are still for the plant, quality, price, and the consumer. Chaos is caused by the powers to be robbing and stealing not medicine or the viability of a new family, but ripping relief and routine away from terminally ill cancer patients. The existence of the passive body creates a safety net that provides a much-needed counterweight to the chaos created by regulators, at least when the active fight is finally lost.

When the shield falls

Dispensaries are mostly individual people with limited resources. Whereas, the CSU is a provincial entity with funding brought in from the tax pool. Financially, dispensaries will inevitably lose this battle unless significant support from around the province starts standing up for them, in opposition of their own government.

Sadly, chaos is sweltering, and the shield protecting patients is wearing thin. On the other side of the polarity, the legal entities are still forced to filter through the inadequate supply line provided under Canada’s God awful regulations. The safety net currently looks more like a clothesline ready to hang patients to dry, and sadly so few legal stores will be operated by people wanting to deliver a mandate focused around patients.

When a medicinal dispensary is raided and shut down the repercussions of entropy, when an old system has to die for a new one to be born, are felt like an earthquake of destruction throughout a community. Why, when life is supposed to counteract the way of the cold cosmos, do we have such a tremendous swell of chaos over those most in need? We have regulators going against our existential purpose, not in terms of who’s doors they’re closing, but in terms of access to medical versus ‘adult-use’ cannabis. The raid of The Medical Cannabis Dispensary was a ‘bump’ in Dori Dempster’s road that created a sinkhole in so many others. Why does adult-use get safe easy access when medicinal purposes are restricted to a digital realm. This thin avenue of access is not fully accessible to the entire community of patients in need. We are talking about a herbal medicine that has been used as such for millennia, not a recreational drug, hence the legal tightrope of language and useless definition retailers must walk on a continual basis.

We are talking about a substance that actively relieves addictive cravings and withdraws to other stimulant drugs, and may be able to help ease a person’s need for opiates based on certain clinical trials. Take away safe medicinal access to cannabis and you increase the overdose risk. This was realized when overdoses increased the day the Bluedoor Dispensary on East Hastings closed within a similar time frame as another important door, the TMCD’s first location. This forced the DTES’s community to realize there needs to be a solution. They actively realized there needs to be a community cannabis store with discount pricing, but that plan is a long way away from existence. Currently, because of the reality of the situation, we desperately need brick and mortar dispensaries to continue to saying no to the CSU and continue providing for their patients.

Promoting attrition by raiding a dispensary

Once the last true brick and mortar medicinal provider is raided, the free market essentially dies, leaving fruitful soils for an even more underground network to grow unseen throughout black markets. While no one should feel forced in supporting the monopolization that is rampant amongst legal cannabis producers, we cannot abandon legal cannabis. Activists for the plant, not the money must exist within the production and retail system if we want true cannabis freedom, eventually.

Being dependent on not being in pain

Cannabis use itself has to be stopped, slowly and with care, for certain individuals. This is because the cannabinoid receptors that respond to cannabis have to adjust to a change in one’s cannabis dose. These receptors do more than respond to cannabis though, they also help regulate one’s body in its entirety. Leave the receptors depleted for even the short period of time it takes them to repair and you kick the body into a vicious cycle. Forget about bettering your diet when the microbiome you require to be balanced for proper digestion is completely out of wack. How do you expect patients to find a medicine that fits them when their bodies became used to a routine? When the one cannabis product that works took them potentially years to find and even longer for a grower to breed? You cannot take away a person’s anti-convulsant and except them to be satisfied with a generic anti-depressant. Sadly, they have done exactly that, which is an example of why court cases have been raised against dispensary raids.

After those raids, “there are children in the hospital, one in particular that I know of that has an eye cancer, [The Medical Cannabis Dispensary] Dana Larsen and a bunch of people in Vancouver couldn’t get this medicine for the kid,” Chad Jackett of Grassroots explained in sorrow to Press for Truth. “We’ve got a child here in particular that gets scabs because of this skin disease. Their skin is just so delicate, you touch it and it bleeds. This is the only thing that soothes this child,” he continued through painful sobs. Emotions of dispensary and retail owners are clear reflections of their patients, and Chad’s own was clearly intensified by the impact his community felt after having his compassionate generosity wretched beneath him when Grassroots Medicinal was raided.

Even if the legal retailers jump through loopholes to ensure those needing canna-therapy do receive it, the system itself is not ready not to provide those needs. Medical access is being stripped away far too soon, and the legal system is drastically behind schedule. A legal store’s sacrifice, shutting their doors down paying well over $100 000 in downtime and renovations, and renting an empty store, will have a purpose once the legal system has finally evolved. Currently, the idea that it will become adequate for everyone is almost laughable. They will be forced to change their supply and properly meet demand in order to survive, though.

We are hoping for the future, but relying on the ones actively standing up and providing for the people in need today. The dichotomy of positions within cannabis retail is necessary for the transition of illicit to legal cannabis, for the day good cultivator’s are finally producing enough legal cannabis is set in an uncertain future. Extracts and edibles will be here shortly, loaded will polymers and solvents, extracted and remediated from degraded flower loaded with heavy metals, but patients cannot wait the probable few weeks for the first products of Legalization 2.0 to roll out. We need our dispensaries for the present but we also need activists running legal shops for when that time comes. We must embrace their symbiotic relationship for our own benefit, and let that be our demand.