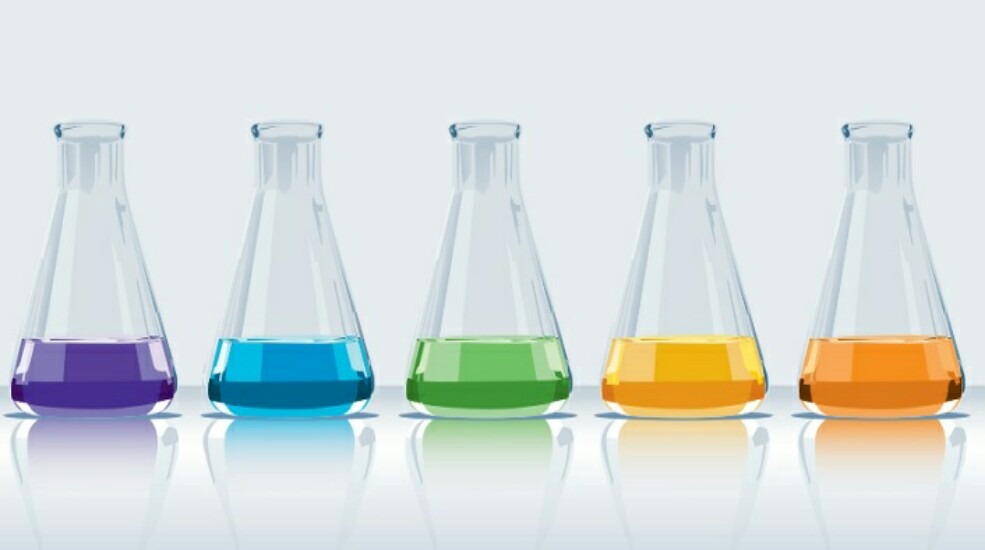 Ever since the legalization of cannabis in Canada, a list of permitted solvents has been provided to producers. The maximum residual limits for 36 solvents allowed in extracts have not changed, unlike the 96 pesticides restricted for cannabis cultivation, which has seen a recent shift. Each solvent has an allowance of 5000 ppm in cannabis extracts in Canada.

At a glance, the permitted solvents might seem confusing even to those that are knowledgable in regular extract production. Solvents like ethanol, CO2, and butane do not raise concerns for caution. A search deep into the web will even lead people to learn about Methyethyl Ketone (MEK) hash. Substances like Triethyl Amine and Dimethyl Sulfoxide (DMSO) might appear more alien, though. Solvents used in Canada’s legal cannabis extracts do not just extract, they also synthesize and isomerize. These will be explained later throughout this new series on solvents, but perhaps, for now, we should just stick with the basics.

An age-old extraction technique that exploits the plant’s polarity is the art of water hash. This uses water and agitation to pull the trichomes that encase oil solulable THC away from the more water solulable plant material. Unwanted material will either completely dissolve into the water or remain in large pieces. The water will, however, still carry the oils with it. After agitation, the solution is passed through screens to separate the THC and terpenes from the water and any large chunks of plant matter. Oil is essentially sifted out of the water. Ice is used to cool the extraction process, so the frozen trichomes break off the brittle plant material with greater ease and to ensure the valuable oils do not dissolve into the water.

Bubble or ice hashes are produced this way, which can be further pressed into rosins. Distillates can also be started from a water based extract. Otherwise, water can be employed in steam distillation to remove terpenes.

How do you feel about fluoride and chlorine? Municipal water systems will feed many industrial ice-hash machines. Fortunately, a built-in inline Reverse Osmosis water filter will remove most of the minerals and other impurities found in the local water supply.

CO2 and Nitrogen as Solvents

Common gases in the environment can be mechanically manipulated to dissolve essential oils and terpenoids from a plant, even cannabinoids. Unlike water, gasses can travel through the plant, but under the pressure and temperature of an extraction vessel CO2 gas instead acts as a sub or supercritical fluid. This fluid possesses the properties of a liquid while still retaining the characteristics of a gas, grabbing and holding onto other substances as if it were a liquid, while still passing through the plant. Unlike water, supercritical CO2 will grab precious oils but will leave most of the plant matter behind, behaving as a non-polar solvent.

Nitrogen can also be used as a solvent in its supercritical state as well, yet to achieve that state requires far greater pressure than what is practical, compared to CO2. Nitrogen is instead added to CO2 systems to increase their efficiency.

CO2 extraction can be cumbersome due to the required equipment. Large scale CO2 extraction systems are big investments and need a lot of space. They can produce higher quality extracts from good starting material. Often times though, CO2 extracts are rather like a pure cherry oil.

Ethanol alcohol can produce extract with an on-par quality in industrial quantities. Alcohols, like ethanol function best as a cannabis solvent at nearly cryogenic temperatures, approximately -50 to -80 degrees Celsius. This is caused by ethanol’s more polar nature at room temperature, meaning it prefers dissolving organic leafy material over terpacious oils. Industrial extraction operations that utilize ethanol are less cumbersome than CO2 extractors and are also cheaper. Unfortunately, to gain this increase in efficiency requires someone to sacrifice quality for quantity.

Ethanol is readily sold for consumption across the globe. The question that arises is the grade and source of alcohol that producers use since cannabis is not officially a food. Commercial grade ethanol can be denatured with or simply contain methanol and other impurities.

Isopropyl alcohol (2-propanol) has been used to extract cannabis in mass, but the trend is starting to lose popularity. Edible oils, such as tinctures and Pheonix Tears are still sometimes made with iso. Many patients will still make oil with this alcohol as a cheaper solution to ethanol, or in places that have restricted 95% ABV Everclear, such as British Columbia.

1-propanol is an isomer of isopropyl alcohol. This solvent is less toxic than the more common 2-propanol. It is a laboratory alcohol that you can hypothetically drink, although it is still toxic and probably contaminated with lead which can be lethally poisonous.

Beyond extraction, alcohol can be used as a disinfectant and cleaner for various extraction vessels. Isopropyl is employed in breweries to flush out lines between different brews and in other industries for similar purposes.

Isopropyl alcohol can contain several impurities such as other alcohols, some of which are approved solvents, 2-butanol for example. Impurities found in commercial-grade isopropyl alcohol include methanol or cyclohexane, which are currently restricted for use on cannabis.

Headache, dizziness, respiratory depression, shock, and coma are all signs of poisoning from iso. 100-200 ml oral doses of isopropyl alcohol are lethal. As for inhalation, the residual PPM in an extract will not reflect the overall PPM you will be inhaling when vaporizing that extract. The figures provided represent safety limits for overall inhalation. Short Term Exposure Limit (STEL) represents a maximum recommended exposure over a fifteen minute span of time.

Propanol extraction has largely been phased out ever since a concentrate craze for Butane Hash Oil (BHO) started booming. As trends go, BHO itself is now being phased out by solventless or water-based extracts. Butane is a light, volatile non-polar solvent, so it grabs cannabinoids and terpenes quite efficiently. It boils at zero degrees Celsius so it is easy to remove without damaging other terpenes in cannabis.

Butane typically comes in three grades, a 99.0% commercial grade, 99.5% instrument grade, and 99.9% pure research-grade n-butane. Like all solvents, material from whatever storage tank the butane comes in can break down into the liquified gas and end up in the final product. Many producers know to distill their own butane before using it as a cannabis solvent.

Butane can contain anonymous silicone oils, odorants, and even other carcinogenic hydrocarbons not tested for by Health Canada, like benzene for example.

IDLH: approximately 8000 ppm, when not accounting for explosive risk.

Butane is a CNS depressant, irritant, and sedative. Exposure to 10,000 ppm of butane for ten minutes can cause drowsiness.

Often times, butane is a mixture of Liquified Petroleum Gas (LPG.) Some extract artists blend propane and butane together in various ratios. Propane Hash Oil (PHO) is oftentimes lighter in color than BHO, arguably more rich in terpenes. It is also has a more stable shelf-life. Propane operates at a higher pressure and boils at much lower temperatures than butane, boiling around -40 degrees Celsius. A property that potentially enables high-quality extract and cleaner purges, however, propane also has a much high vapor pressure rate. Ultimately, pure propane systems require much more intensive extraction vessels that lose viability in the face of butane/propane mixes.

Light volatile hydrocarbon solvents can produce a wide range of extracts; waxes, live resins, shatters, sauces, and diamonds for example. Despite their low boiling points, the gases can become trapped inside air pockets within cannabis extracts.

Most people might think of the stench of propane from barbeques and fuel stations. The gas itself is odorless and can be far purer. The bad smell comes from an odorant, typically ethyl mercaptan that is added to commercial-grade fuels for safety reasons. In the regular food industry, propane and butane are used as propellants in cooking oils.

Propane is an irritant that causes cough, an asphyxiant, and a CNS depressant.

Other hydrocarbon solvents with much higher boiling points can also be found in commercial-grade butane and propane, such as pentane for example. We will explore problems and benefits with a few more unusual solvents in the next installment.