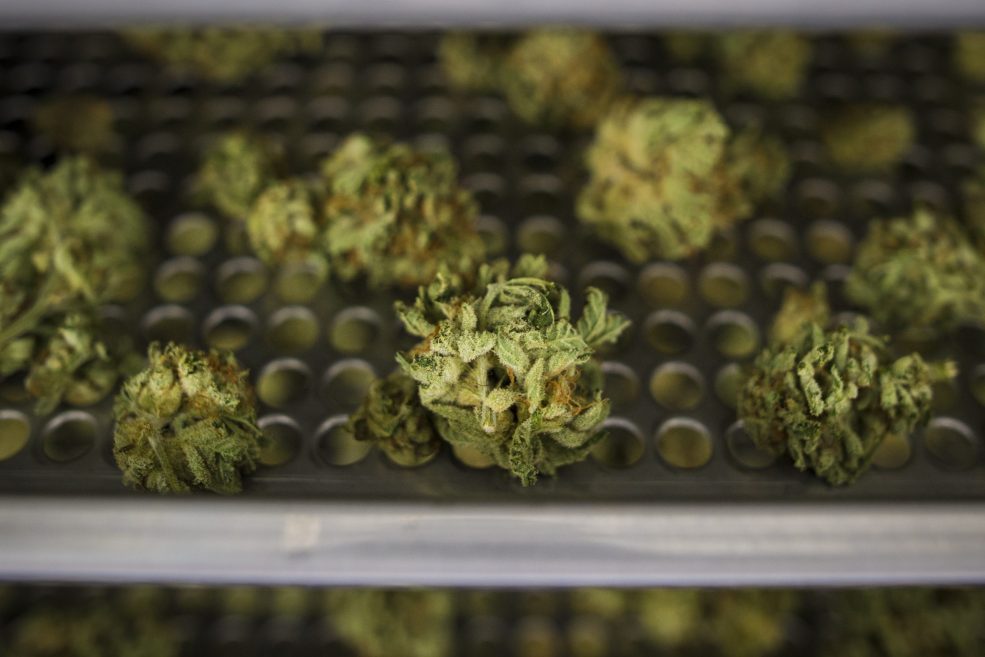 The gap between what Canadians pay for legal and illicit cannabis is widening — a sign, experts say, points to the need for the cannabis industry to make prices a priority this year.

Statistics Canada said Thursday that the average price of legal cannabis increased to $10.30 per gram in the period between October and December 2019 from $9.69 per gram the year before.

The agency based its conclusions on price quotes gathered using its StatsCannabis crowdsourcing application between Oct. 1 and Dec. 31. Out of 291 price submissions, 248 of were deemed plausible, it said.

The data comes as the industry is grappling with how to minimize the underground cannabis market — one of the key reasons why the country chose to legalize recreational cannabis in October 2018.

Some dispensaries reported being busier than before in the months following legalization, even as police departments and governments conducted raids to force many illegal cannabis stores to shut their doors. The industry’s efforts to stamp out the illicit market, however, have been plagued with supply constraints and in some regions, a lack of physical cannabis retailers, hampering access for those unwilling or unlikely to buy the substance online.

“Legal cannabis has been priced much higher than the black market ever since legalization day,” said Michael Armstrong, an associate professor at the Goodman School of Business at Brock University in Ontario.

“I think for any of the mass market producers, (price) has to be their objective for this year, if it hasn’t been already.”

In a bid to undercut the illict market, licensed producer Hexo Corp. rolled out Original Stash, a 28-gram product in Quebec cannabis stores for $125.70 with taxes included, or $4.49 per gram, in October.

At the time, Hexo chief executive Sebastien St-Louis said his company was able to offer it at that price for various reasons, such as less plastic packaging required for the larger size, its increased production scale and lower electricity costs in Quebec.

When Armstrong recently checked out the Ontario Cannabis Store website, he spotted a few products costing $5 or $6 a gram, but said, “those are still in the minority.”

There is also a patchwork of prices across the country.

Lowering the price of legal cannabis to match illegal rates can be tricky, but is possible, Armstrong said. Greenhouses growing cannabis are labour intensive because they often require plants to be moved, trimmed and harvested, but automation and improved floor plans can help.

Provincial wholesalers and retailers have their work cut out for them too.

“The first year, efficiency wasn’t really a big issue because there was a shortage of product, so you can sell it priced at $10 and sell out…but going forward price has to be an issue,” Armstrong said.

Omar Khan, the national cannabis sector lead at Hill+Knowlton Strategies, said in an email that a lot of work the industry has to do is being driven by two factors.

He said the illicit market faces no costs related to regulatory oversight and is “intentionally low balling prices in order to retain market share.”

“This combined with their ability to offer greater product variety and the slow rollout of licensed retail stores across Canada gives them a competitive edge with respect to the legal market,” he said.

Khan also said he has noticed that licensed producers are seeing their margins squeezed by excise and sales taxes, pushing producers to set higher wholesale price points to retain profitability.

“Today’s data shows that the stated policy objective of the federal and provincial governments to illuminate the illicit market is just not happening,” he said.

“All levels of government need to take a serious look at what policy levers can be deployed to reduce unnecessary regulatory burdens so that licensed retailers and producers can effectively compete against those who chose to operate outside of the law.”