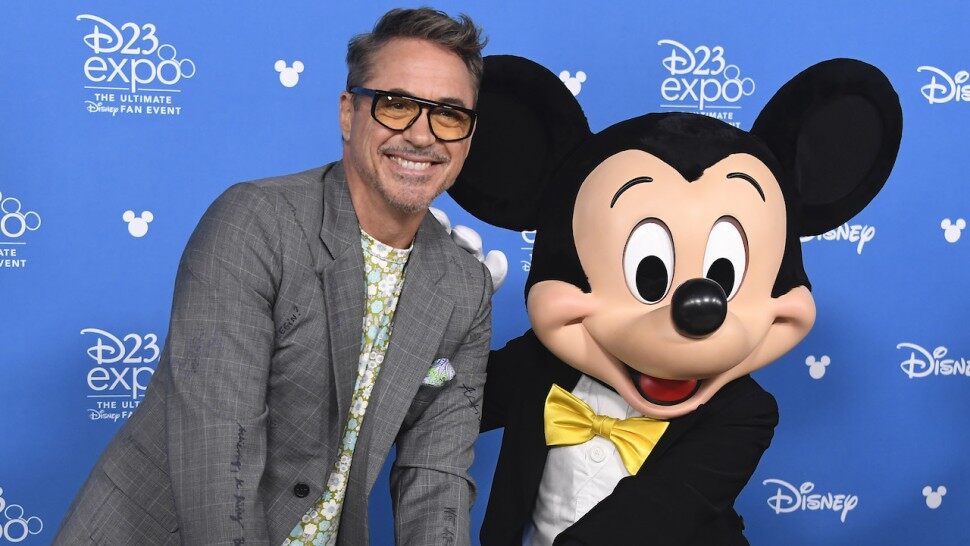 ANAHEIM, Calif. — Robert Downey Jr. says he had a wild Disneyland ride in his younger days.

The “Iron Man” and “Avengers: Endgame” star, among those honoured Friday as Disney Legends, said his first visit to the Southern California resort included a brief detention for “smoking pot in a gondola.”

“I was brought to a surprisingly friendly processing centre, given a stern warning and returned to, if memory serves, one very disappointed group chaperone,” Downey said.

He turned serious when he spoke about the Marvel movies.

“I get to remain a fan of the first inclusive and evolving cinematic universe ever so far,” said Downey, whose character meets a dark fate in “Avengers: Endgame.”

Disney CEO Robert Iger presented the Legends trophy to the actor at the D23 Expo Disney fan event. The company said it honours those who have made remarkable contributions to the Disney legacy.

Aguilera, who performed “Reflection” from the Disney movie “Mulan,” called it “way cooler than a Grammy.”

Wen thanked her mother for giving her the courage to live “this American dream.”

The actress voiced the role of Mulan and is joining the cast of the upcoming Disney Plus streaming service’s “The Mandalorian.”