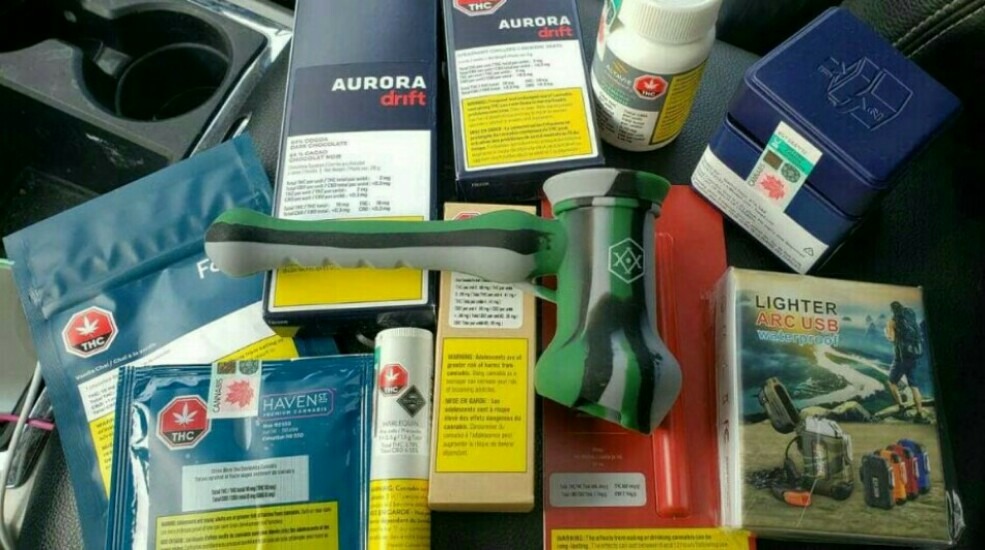 A routine raffle at a hockey game hosted by Dawson’s Creek Minor Hockey (DCMH) in B.C., Canada was disappointingly fruitful for one eight-year-old when he found out his supposed grand-prize basket full of chocolates was, in fact, $200 worth of cannabis products. His grandfather understandably questioned the existence of cannabis at a kids’ hockey game. So, was it legal for the DCMH to offer cannabis as a raffle prize in the first place?

After being given ten dollars in raffle tickets, Keith Redl’s eight-year-old grandson bid on what he thought was a score of chocolates. After the boy won his prize, his father discovered he had won a gift basket stuffed full of cannabis edibles, a water-pipe, and a lighter. Keith Redl argued the products did not clearly state the prize was exclusively for adults, despite claims by the DCMH saying otherwise. Even if the prize was marked “adults-only,” an association like the DCMH cannot sell or even gift cannabis legally, according to the Cannabis Act.

Furthermore, the raffle tickets cost Keith Redl ten dollars, which means the cannabis is not a gift. This means an individual distributed cannabis to an association, which then indirectly sold cannabis products that were selected by an eight-year-old child. A minor is obviously not legally allowed to purchase cannabis products, even indirectly. This breaks at least three federal laws in the Cannabis Act, and whether any laws protecting minors were broken remains uncertain.

The individual who gave the DCMH cannabis as a gift may be subject to a fine of $15,000, or imprisonment for a term up to eighteen months, or to both. The DCMH, for possessing and selling cannabis, can technically be subject to a fine of up to $100,000 for both contravariances, based on subsections 8 and 10 in the Cannabis Act. At present, no legal action has been announced.

So, for those wondering how this could even end up happening, with an eight-year-old winning $200 worth of Cannabis edibles, questions should be posted to the Cannabis Act. The legislation, as well as B.C.’s Cannabis Control and Licensing Act, contains a thorough-worded lattice of laws that are supposed to prevent such an offense. This is a classic case however that proves that our current cannabis laws are still too grey for a common citizen to accurately follow, even a year-and-a-half after legalization

Redl told Narcity that, despite weed being legal, there must be a stopping point. In reality, in this case, the stopping point was far surpassed, and unannounced to almost everyone involved it seems.

DCMH is technically legally accountable for their actions, yet is it justice to prosecute a kids’ minor hockey league for such an offense?