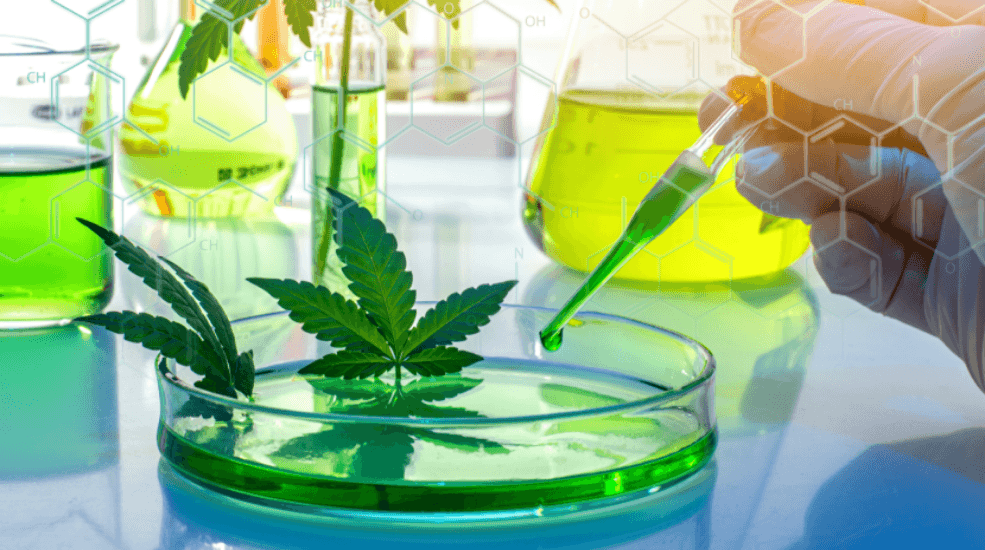 Cannabics Pharmeceuticals (OTCQB: CNBX) has conducted research focusing on the effect of certain cannabinoids fighting against cancer. The company, which pursues personalized cannabis-based medicines, found promising effects with two cannabinoids, CBC (Cannabichromene) and CBG (Cannabigerol.) When testing these cannabis compounds at their High Throughput Screening (HTS) facility in Israel, they found them to display anti-tumor properties when applied to human gastrointestinal cancer cells.

CBC is a byproduct of CBGa, the original cannabinoid produced from enzymes in younger stages of the plant’s development. A mild misconception about CBC has spread from misinterpreted details concerning this new research, often associating the cannabinoid as being “particularly found in young cannabis plants.”

While it can be stated that Cannabichromene is found in slightly younger cannabis plants compared to THC – both cannabinoids, as well as CBD, can still only be produced after the formation of CBG. Furthermore, CBC appears to decay into CBL at a similar rate as THCa or THC, oxidizing into CBNa or CBN, respectively. So, if you are looking to fight cancer, young plants are not a significant source of Cannabichromene, anymore than developed plants rich in THC. Certain strains carry more of this cannabinoid than others but it’s still always in minute amounts; CBD chemovars might pack a more significant portion of CBC, though.

Cannabigerol is exclusively present in quantity in young, or at least premature plants. Unlike CBC however, its existence is short-lived before instantly transforming into other cannabinoids, an event known as isomerization.

Like Cannabigerol, Cannabichromene is also non-intoxicating with a host of underestimated and undervalued therapeutic capabilities. Within a complex of talents, that are benefitted towards fighting cancer, lies antimicrobial, anti-inflammatory, analgesic, and neurogenesis activity.

Cannabics tested the effect of these cannabinoids on the death of cells through their HTS platform. Necrosis was prominently increased in cancer cells during this testing, with previous studies having shown similar results; a result now strengthened by this current research.

Other studies in both cells and animal cancer models have noted that the efficiency of cannabinoids in cancer treatment is dependent on which cannabinoid is being used for which cancer, as well as the dose that is being administered. The study performed in Israel, largely focused on showing a cannabinoid’s ability to kill cancer cells (apoptosis.) Alongside that approach, there is also the option of cutting off a mutated cell’s oxygen or blood supply when fighting cancer, known as the inhibition of angiogenesis.

Head of cannabidiol research at Cannabics, Dr. Yaakov Waksman detailed their educated assumption on why these two cannabinoids so effectively kill cancer. “A correlation may exist between a cannabinoid’s Topological Polar Surface Area (TPSA) value and its ability to induce anti-tumor activity, diminishing cancer cell viability rates. CBC and CBG, as neutral cannabinoids, were both found to have a TPSA value which allows the cannabinoid molecule to penetrate a cancer cell’s membrane. This could explain the difference in the demonstrated anti-tumor activity.”

CBG can help kill certain cancer models more effectively than CBD, based on in vitro and in vivo studies. Among many properties, cannabigerol prominently promotes apoptosis by TPRM8 deactivation. Menthol facilitates both therapy and potential cellular damage through this channel; thankfully, cannabinoids do not carry such severe side effects. Cannabics themselves have previously conducted another study on CBG. Their previous work showcased the non-psychoactive cannabinoid’s promising property to reduce tumors in human tissues. This is in additional contrast to its excellent regenerative talents.

Once the cancer is dead, the body still has to heal, which is dependent on the cannabinoid and tissue that needs regeneration. The general regrowth of various tissue cells can be regulated by cannabinoids, aiding in regeneration without proliferating tumors. Cannabis constituents can further guide damaged cells safely through their transition into a healthy state as well. Certain phyto and endocannabinoids can inhibit irregular cell differentiation, which is the transformation of a cell. Cancer occurs when cells either replicate or differentiate off their proper genetic sequence into malignancies or metastasis. In other words, cannabinoid therapeutics have the potential to kill cancerous tumors while simultaneously repairing healthy tissue.

CBC has been shown to produce powerful anti-inflammatory functions, especially against gram-negative bacteria-induced inflammation through the chemo-sensory channel, TRPA1. This means CBC might be a powerful agent against colon cancers as well as IBD. In vivo and in vitro studies that were conducted by GW Pharmaceuticals have proved that Cannabichromene produces therapeutic responses unique to calcium current inhibition. Yet, they could not identify the true mechanism, only that it is independent of both TRPA1 and cannabinoid receptors. Furthermore, almost unfortunately, many of GW Pharmaceuticals‘ studies are adulterated with ethanol-based tinctures, misconstruing results.

In terms of cannabimimetic mechanisms, CBC does not directly affect either cannabinoid receptor. It facilitates anti-inflammation through CB1 receptors despite its lack of affinity, possibly by modulating the receptor’s genetic structure. Then again, it also affects an analog endocannabinoid that lives on the sidelines, known as OEA. CBC also uptakes the main ligands, 2-AG and OEA’s relative, anandamide. Due to conflicting studies, however, it can be speculated that Cannabichromene’s effects on these two endocannabinoids might be indirect and rather related to TRPA1 desensitization or adenosine signaling. In the end, whatever function is producing its effect, CBC promotes the viability of Neural Stem Progenitor Cells, which can induce safe tissue regeneration without twisting healthy cells into star-shaped astrocytic tumors. CBC’s anti-tumor functions might be promoted by the bitter citrus terpene, limonene.

The inactive THC variant known as THCa is likely the most regenerative cannabinoid due to its affinity and efficacy towards PPAR-y. As we know though, THCa is non-intoxicating since it cannot pass through the blood-brain barrier as well as a few other membranes. This larger crystal structure, therefore, could be less effective at promoting apoptosis in cancer cells, comparatively. This idea is supported by Cannabics’ new study which suggests acidic cannabinoids are far less cytotoxic towards cancer cells than active ones. Their lack of cytotoxic efficiency is caused by their low TPSA values, which do not allow them to penetrate cancer cells, a crucial function the Israeli research team invested intense focus towards.

Active CBG more than CBC seems to be promising for killing breast, prostate, and colon cancer, as well as carcinomas. For healing and regenerating tissues, however, THCa, CBG, and CBC, above all other cannabinoids, are appearing to be the best choice, according to current research.