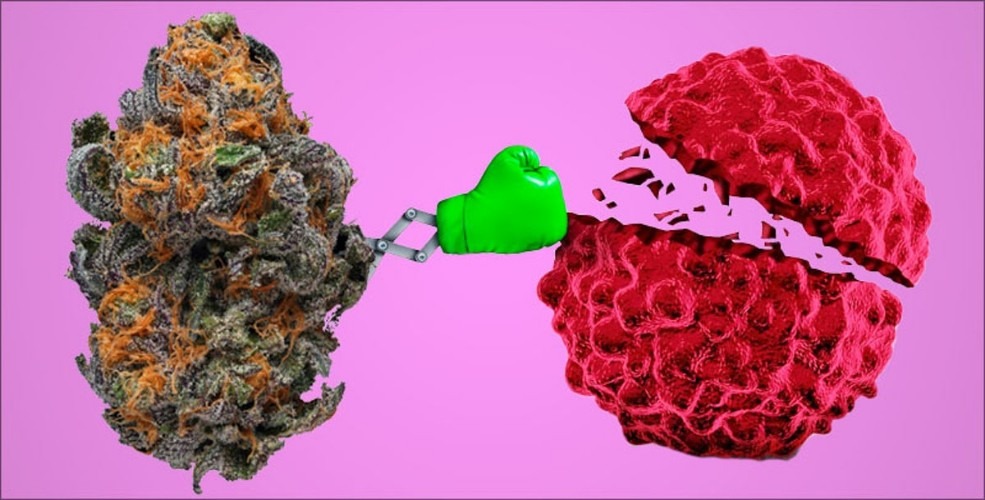 Killing Cancer: Why is CBG Better Than CBD?

We previously reported the difference between cannabidiol (CBD) and cannabigerol (CBG) and how they work together to produce a cannabinoid system powerhouse. What may have been missed, is how much stronger CBG is at killing cancer.

Cancer-killing, cell-healing magic is no easy task and requires many functions to cooperate as one unit. Not only does cannabis curb cancer with a far less invasive tactic than chemotherapy, but it also helps your body simultaneously recover as well.

Medicine that truly regenerates nerve tissue is rare and requires synergy with Cannabigerol, aka CBG, and your endocannabinoids. That synergy produces a complex interwoven system of neuro anti-inflammatories and anti-oxidants. Neuroprotective properties are unleashed that will prevent further injury and promote healing by regulating tissue growth factors and cell death (apoptosis), inducing and inhibiting as needed.

To promote cells to regrow without mutation is a trick. Cancer is an excessive unregulated growth of damaged tissues. To fight off bad growth, a few methods can be used – stopping the mutation from developing to slowing down the growth, as well as starving the mutated cells of oxygen and special blood cells. CBG can do all these and even kill cancer as well.

Interestingly, cannabinoids, especially cannabigerol, will only induce cell death (apoptosis) in necessary circumstances, such as after irreparable mutation has already taken place. Strong evidence states they can assist in defeating skin, colon, and breast cancers by selectively promoting apoptosis in these cancerous cells.

CBG’s magic is largely performed by agonizing peroxisome proliferator-activated receptors (PPAR) more efficiently than CBD. These PPAR help genes transmit data as well as aid in tissue distribution. Through this, they directly mediate the development of tumours. PPAR’s also as function as commanders for your immune system.

Your bodies attack mode can be balanced by a mediated immune system. A network of messengers and soldiers made up of different cells, like white blood cells, and cytokine proteins. Your body can easily be in an uncontrolled state of inflammatory assault which leads to mutations and ultimately cancer. CBG acts like a powerful and tactical commander. It will force your immune cells to think and act defensively before sending your cytokine army into battle.

This will stop your body from being assaulted and help your immune system target the actual condition.

A synchronicity between pain and joy

Immune system mediating effects are almost exclusively drawn from your endocannabinoid system. CBG indirectly agonizes CB2 receptors and brings up 2-AG which promotes a therapeutic response. This will directly inhibit the development of cancer and slow its growth. There is more than one transmitter at play, though.

Cannabigerol also inhibits the degradation of the endocannabinoid, anandamide, with a unique and useful technique. CBG slows down anandamide’s metabolism by inhibiting a sensory transmitter, COX-2. This transmitter activates exclusively during trauma, injury, or just general pain. What is so special, is the type of inflammatory agent that anandamide turns into during these events, (prostaglandin lipids.)

Using controlled doses of cannabinoids can mediate an overwhelming shock to the system that can be brought on by injury or illness. Some sensation is required for the body to heal, though. CBG acts as a filter that keeps everything at a happy medium. No excessive inflammatory attack, just active enough to repair itself.

Furthermore, cannabigerol itself acts in a near mirror image to regenerative functions that are seen in anandamide. This countermeasure allows the destruction of tissues your body needs to get rid of, while the other side ensures recovery. Cellular repair is managed by anti-inflammation, anti-oxidation, and ultimately neuro-regeneration.

Once CBG brings the signalling created from injury back to a moderate range, your body can start to use its defensive strategies. This includes the ability to suffocate unhealthy cells without going too far. CBG keeps things balanced enough so the fight won’t stop but it won’t damage anything it cannot repair – perfect homeostasis. The key is, while suppressing trauma just enough to stop unwanted damage, it simultaneously heals salvageable, healthy cells without leaving behind background mutations.

Cancer will be killed by an antioxidative function while good cell growth is up regulated.

Furthermore, expansive research is being conducted into efficiency on other cancers, including carcinoma and prostate. Testing cannabinoids in acute doses on a colon cancer-induced inflammatory response (prostaglandin release,) has actually failed. Cannabinoids are cytotoxic in these higher doses, to the point they performed unexpected cancer cell murder in the study. Essentially, the cannabis accidentally destroyed the study by killing the cancer cells they were using. Evidence has been shown that low doses expressed positive healing via lipid inhibition, leading to anti-inflammation.

CBG is the strongest active cannabinoid to put in the ring against these cancer types.

When used with CBD, it also acts as a key diverse action against Huntington’s Disease, a degenerative disorder whose initial symptom is a loss of cannabinoid receptor 1. Promising research has also been done on CBG derivates treating MS through neuroprotection; as well as investigations into the cannabinoids efficiency against Parkinson’s.

Another function of CBG may exist that is pivotal for specific anti-inflammatory methods. Watch for the next installment of this Cannabigerol series to learn how cannabis can add to menthol and cold packs.