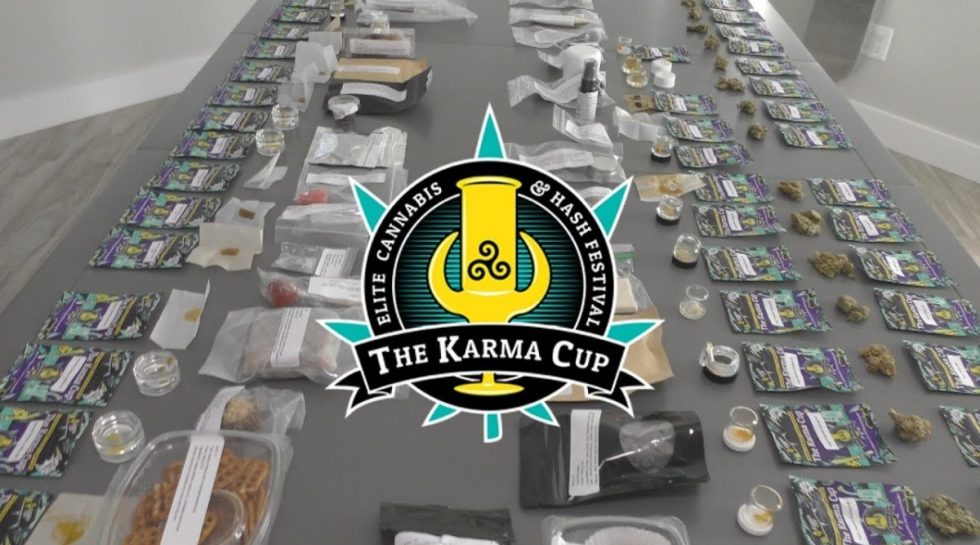 As summer winds down and September fast approaches, cannabis connoisseurs are eagerly looking forward to the Karma Cup. It is one of Canada’s biggest cannabis competitions and festivals. 2019 marks the 6th annual Karma Cup and it’s shaping up to be one of the best ones ever. So, make sure to mark your calendars for September 7-8. We hope to see you there at the Karma Cup in downtown Toronto!

This year will be the first Karma Cup since Canada legalized cannabis last October. And we can’t wait to see the best that cannabis in Canada has to offer. Everything from flower, hash, topicals, vapes, and more will be showcased and celebrated.

That’s in addition to the Canadian Glass Marketplace, Vendor Village, and dozens of exhibitors planned for this year. Along with, performances from top-notch musicians.

In addition to all of the cannabis fun and festivities, you’ll want to stick around to hear what the best and brightest from the cannabis industry have to say with a list of speakers that includes Farrell Miller, a cannabis legal expert who serves on the board of NORML,

Our friend Craig Ex aka The Expert of Expert Joints is co-hosting the Karma Cup for the fourth time with event founder Sarah Sunday, and he couldn’t be happier to be back, saying:

It’s my opinion that the Karma Cup is quite possibly the biggest and most respected cup in the country and if you win a Karma Cup trophy it puts you on the map!

Things are already well in motion and organizers are hard at work as can be seen by the beautiful, fully-functional glass trophies for the 2019 Karma Cup that are works of art in and of themselves.

Cannabis Life Network will be there all weekend to bring you all the highlights of this high-flying weekend that you don’t want to miss out on.

Karma Cup: Where’s the party at?

In addition to co-hosting the Karma Cup, Craig Ex will also be hosting a kick-off party at Planet Paradise on September 6. As he told CLN:

On Friday night, I’m hosting a kick-off party for judges and their friends at Planet Paradise, starting around 8pm. There will be dabs, giveaways, and entertainment. It’s open to the public, too, and it’s a good chance to meet some of the Karma Cup judges and vendors.

Admission is on a first-come, first-served basis. Karma Cup judges get priority and get in for free. For guests of judges, it’s $5. For the general public, it’ll be the same thing if there’s room left.

Craig also told CLN about the special broadcast he has planned for Saturday night at Vapor Central, so make sure to toke up and tune in as they stream live! On the show, Craig plans on “highlighting some of the people and participants in the 6th annual Karma Cup” which will include interviews with sponsors, vendors, VIP’s, and maybe a few Karma Cup organizers if they’re not too busy.

We’ll do a stream and highlight the event and build some hype for Sunday. We’re also going to have a little invite-only event for sponsors and VIP’s that should be very exciting.

Vapor Central is also where Craig Ex met Amy Anonymous of Swearnet, the uncensored comedy network from the Trailer Park Boys, for a fun and expletive-filled conversation last year. As Toronto’s first vapor lounge, Vapor Central has been a landmark in Toronto’s cannabis scene and this event, sponsored by CLN and Expert Joints, only adds to that legacy.

The first Karma Cup since legalization

When asked if he was expecting anything to be different this year since it’s the first Karma Cup since legalization, Craig said:

We’ll see when we get on the ground exactly how different it is or isn’t. But, Sarah keeps it pretty true to the craft cannabis community and she knows a thing or two about good weed. And I’m glad she’s staying true to the origins of the cup.

I’ve been to enough events that get funny about what’s legal and illegal. But when it comes to these events, it should be all about good weed!

A lot of events that I’ve been to, they have food trucks and glass blowing and t-shirt sales. And, not that there’s anything wrong with that, but most people who go to a weed event want to be able to see, consume, and possibly purchase some cannabis for themselves!

It’s one of the biggest cannabis events in the country and he highly recommends checking it out, pun intended!

For all the highlights from the 2018 Karma Cup, click here to see Craig Ex out and about and catching up with friends, old and new, like including REMO, Tweedledoob, and the aforementioned Amy Anonymous.

2018 was a great year for the Karma Cup, although the second day required a sudden venue change likely due to the Karma Cup’s proximity to the Toronto International Film Festival and Aurora Cannabis, who was a TIFF sponsor that year, being mad that the Karma Cup was happening so close to their own pop-up exhibit. One of the biggest reasons why is because the Karma Cup allows you to freely medicate, while the Aurora pop-up was banned from having any cannabis onsite.

Although that venue change was a huge in-convenience for Karma Cup organizers, in the end, it only reflected the resiliency of the cannabis community as everyone involved- from the attendees to the vendors, exhibitors, and speakers- bounced back hard on that second day to make 2018 one of the most successful Karma Cups ever.