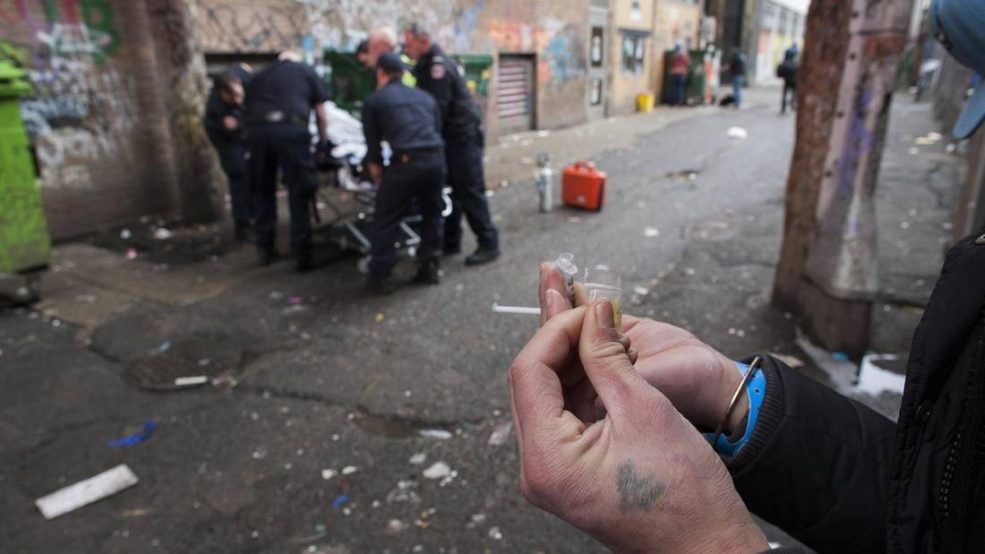 Vancouver Coastal Health, supporting the initiative, will help in providing the supplies for free, through the BC Centre for Disease Control.

Vancouver Coastal Health, the regional health authority that provides health services to Greater Vancouver, has begun supporting the The Medicinal Cannabis Dispensary (TMCD), in the Downtown Eastside, in their effort to provide much-needed harm reduction services and supplies for free, in one of the areas hardest hit by the opioid crisis.

The Medicinal Cannabis Dispensary at 880 East Hastings offers a free drug-checking service as part of its Get Your Drugs Tested (GYDT) harm reduction program and it will soon be providing free supplies for safer drug use such as clean needles and alcohol swabs, in addition to supplies to encourage safer sex like male and female condoms and lubrication

The free drug tests are available seven days a week via drop-in and are conducted on an FTIR (Fourier-transform infrared) spectroscopy machine, and if you can’t be there in person, you can also send your substances via the mail.

Dori Dempster, the executive director of The Medicinal Cannabis Dispensary, told CLN that:

“We are the first private group, to my understanding, to purchase a drug testing machine like this and offer not only the drug test service, but the results of those tests to the general public.

It’s not just about the occasional bad dope alert; people are actually able to go online and see what a lot of different substances are coming up as.”

Dori said the relationship came about after a discussion with officials from Vancouver Coastal Health and the BC Centre for Disease Control (BCCDC), which runs the distribution program for harm reduction supplies.

VCH spokesperson Tiffany Akins told CLN that “Vancouver Coastal Health is working to set [TMCD] up with supplies from the BC Centre for Disease Control”, saying:

” We want people using drugs to have access to harm reduction supplies so we have told The Medicinal Cannabis Dispensary it cannot charge clients for those supplies.

Dori confirmed that they are now offering the drug test service and supplies for free.

[Editor’s note: previously, Get Your Drugs Tested asked for $5 donation to help cover the costs of running the drug tests.]


The support from VCH and BCCDC was a welcome surprise for Dori and the Get Your Drugs Tested team, as she said:

“When we first started this program for Get Your Drugs Tested, we fully expected to be funding this entirely on our own.”

If you’ve ever wondered how pure the MDMA or cocaine is in Canada, the GYDT test results provide a fascinating look that the public often does not get to see because usually, when the media talks about the tainted drug supply, it’s with blanket warnings that contaminated street drugs are being found.

In comparison, GYDT can show you on a case by case basis what’s in the substance being tested. The test results are then posted online where anyone can see them, and in a way, GYDT provides a small snapshot of the drug supply in Vancouver and the rest of Canada that with a data set that updates daily. In the few months that the program has been running, it has already received and analyzed hundreds of samples.

And it’s not just cocaine and MDMA that’s being tested either. Dori says that you’d be surprised how frequently people send in Viagra.

“We’re often testing Viagra! While some people don’t think of Viagra as a party drug, a lot of people use it recreationally and it’s interesting to see the test results of that little blue pill because sometimes you’re seeing that it’s 70% of Sildenafil, the active ingredient, and other times, it can be as low as 5%- with the rest being caffeine.”

She stresses that “regardless of what you’re doing, you want to get what you’re paying for and that’s why people are bringing it in.”

“Get Your Drugs Tested” coming to a town near you

If you’re not in the Vancouver area, your only option at the moment is the mail-order service, but Dori hopes with the purchase of a second FTIR machine, that will soon change.

“It will allow us to have one machine onsite and one that will travel around and do testing at festivals and other community events around the region.”

But the Get Your Drugs Tested program has already been outside of BC as they were invited to provide their services at the July 5 Awake Astral Harvest near Edmonton, Alberta.

As word spreads around the country, the future of GYDT is clear for Dori:

“Our ultimate plans are to be available to any community in Canada who wants to have us- we just have to figure out how to get there.”

Does the harm reduction program affect TMCD’s battle with the city to sell cannabis?

The Hastings location ceased all cannabis sales on June 5, while the Thurlow location continues to provide members with the much-needed cannabis products that are increasingly hard to find as cannabis access in Vancouver continues to get worse and worse.

But she recognizes the weird position that TMCD is in as they fight the City of Vancouver to stay open as a cannabis dispensary while at the same time receiving so much support from Vancouver Coastal Health for their harm reduction efforts.

“We’re in a court battle and we have to wait for to end before we know whether the dispensary will ever be a dispensary again.

We’re going to take that part as it comes because if we ever got permission to put the dispensary back into the Hastings location, I believe it’s something that we’d want to do because it’s our roots.”

But even with the support of Vancouver Coastal Health and the BC Centre for Disease Control, Dori says that they still have work to do to help officials understand the relationship between cannabis and harm reduction, like cannabis’ potential in treating opioid withdrawals, for example.

As Dori points out:

“Cannabis is a much safer choice for people as far as recreational substances go. I’m excited because the conversation is changing and we get to keep doing good in our community.”

And there are signs that things are changing.

“We’re being recognized as a unique and “novel” service and I think it’s a very good sign of what’s to come.”

Back in May 2019, TMCD owner Dana Larsen launched Get Your Drugs Tested, a drug test program where anyone could send in a small sample- about 1 milligram or 0.01 grams- of a substance in the mail to be tested in an FTIR machine. The results are then emailed back to the sender and also posted online.

On June 5, The Medicinal Cannabis Dispensary ceased cannabis sales at its 880 East Hastings St. location to comply with a court order and since then, TMCD has expanded the reach of the Get Your Drugs Tested program to drop-in drug tests at the Hastings location, in addition to the mail-order service already available Canada-wide.

Featured image courtesy of Rafal Gerzsak and the Globe and Mail.