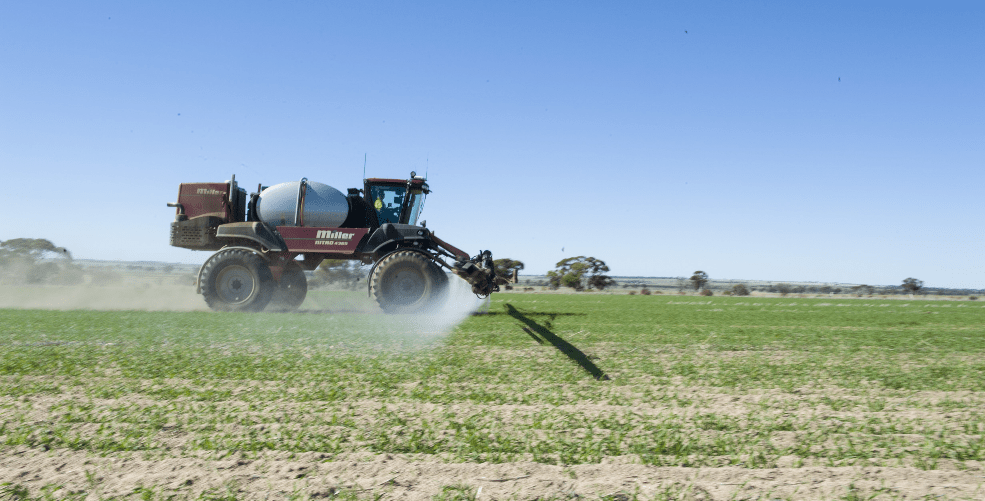 Agriculture is a bug-filled industry that must put in work to remain clean. Soil fumigants are a major controversy in this regard. But, with outdoor cannabis cultivation license approvals now on the rise, Health Canada‘s Pesticide Management Regulatory Agency (PMRA) approved a fumigant for cannabis farms – chloropicrin (trichloronitromethane.)

Despite the PMRA’s recent approval of chloropicrin for cannabis farms, the fumigant is banned in other countries. The reason for its prohibited status in the EU, for example, is due to its risk for pulmonary injury alongside its environmental toxicity. (1) So, North America still appears to be opposing other countries that banned chloropicrin, which is in parallel with a study published in Biomed Central. (2) Therefore, certain American farmers avoid chloropicrin, sometimes preferring methyl bromide but that was phased out by the EPA. (3.)

Thankfully though, the two fumigants approved by Canada’s PMRA are injected into the soil strictly before any cannabis is planted on the farm. Chloropicrin can, however, still become trapped in the earth and can lead to respiratory damage. (4) This fumigant, specifically, caused over 1000 pesticide-related illnesses from 2000 to 2015 in California alone. (2)

Is soil better dead or alive for crops?

Chloropicrin can be used as a fumigant on cannabis farms to kill soil pathogens. Gassing the soil is simple and cost-efficient. Moreover, avoiding the hazards of chloropicrin is far less tedious compared to utilizing healthy soil microbes in the farm’s favour. And, this particular fumigant can help promote a healthy soil microbe known as Trichoderma spp. (5) So, there is a major cost advantage with chloropicrin.

In contrast, cannabis connoisseurs and some of the more skilled cultivators prefer a soil bed that is very much alive, brimming with life. Living soil produces far better crops than dead dirt but the cost is far greater; then again, so is the reward. This is why good growers know how to tame the bugs in their plants and the first lesson occurs in the ground. Compost teas keep a soil bed active and healthy, but this completely opposes the practice of soil fumigation.

Not all producers are brazen enough to try and keep living soil beds since fumigants can provide crop protection at much lower costs. The question is, will lower-priced legal flower compete with high-quality black market cannabis if the former is fumigated? Perhaps, some will find success with chloropicrin. Admittedly, the cannabis industry is familiar with sterilized soil and hydroponic mediums, just not large outdoor farms that utilize an approved fumigant.

So, it is hard to say if this practice will be drafted into any company’s Integrated Pest Management (IPM) plans. However, cheap weed does tend to tantalize. Convenience, but also viability is a good reason for farmers to ignore outspoken concerns from consumers, craft growers, and the planet. But can chloropicrin be considered the lesser of two evils in the face of harmful bacteria and other pests for the sake of financial viability?

Does Chloropicrin affect your lungs?

Unfortunately, it is unknown if chronic exposure to chloropicrin can cause developmental or reproductive damage according to the CDC. However, the fumigant is severely toxic to fish and birds and harmful to bees. This is why the soil must be covered with special plastic for at least ten days after a farm uses this fumigant before planting cannabis. (8)

In general, there is a lot of interest in moving away from soil fumigation and more towards sustainable practices according to releases in MDPI and Hindawi. (9, 10) Furthermore, a study conducted by the Institute of Plant Protection and the Chinese Academy of Agricultural Sciences in Beijing, China used PCR sequencing to detect the impact chloropicrin has on the soil. (11)

This test can measure life forms in any medium by detecting bits of DNA or RNA. Based on this study, chloropicrin has a significant negative impact on soil health surrounding the fumigation site. (12) Moreover, any negative impact caused by fumigants will be magnified in cannabis sales.

An alternative beyond living soil is to cover the ground with plastic and let the sun effectively cook the bad bugs in the dirt. This method is known as solarization and a similar technique is used to remediate soil contaminated with cadmium.

Title photo courtesy of the Government of Western Australia.