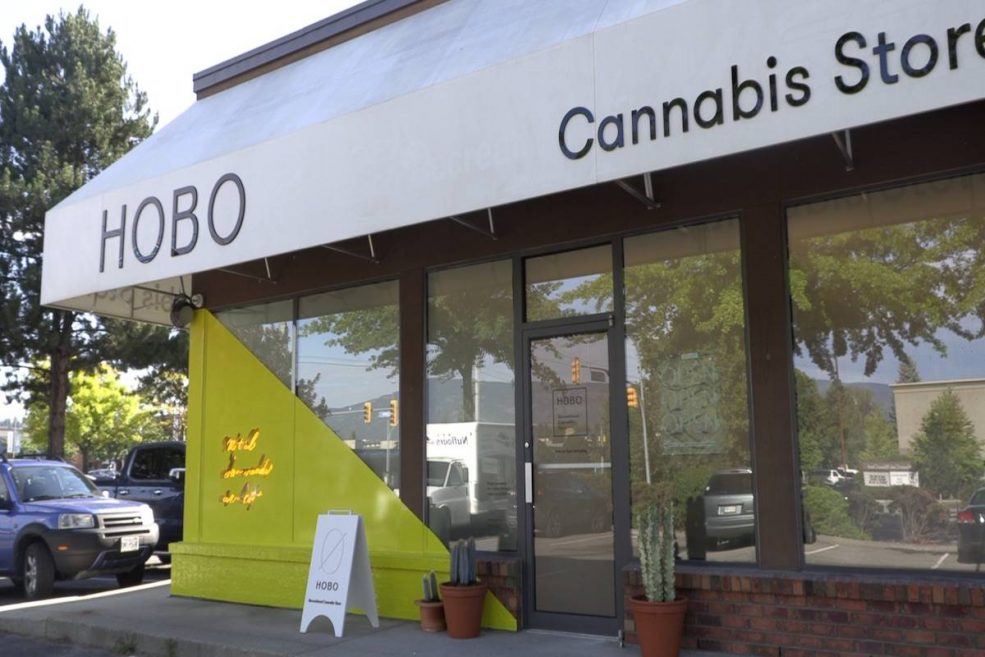 On July 25, Kelowna opened its first legal cannabis store- Hobo Recreational Cannabis– which means that you can now officially buy legal cannabis in the Okanagan Valley’s biggest city. The location at 2121 Springfield Road is Hobo Rec.’s fourth store in Canada, and third in B.C.

Hobo Rec., a Donnelly Group venture, sees Kelowna as a city ripe for rapid expansion, with 14 more locations planned, and it was only a matter of time before the Okanagan OK’d its first legal cannabis store.

The area is famous for its wineries, plentiful orchards, and of course, cannabis.

Harrison Stoker, Vice President of Brand and Culture at Donnelly Group, said as much in a press release announcing the news:

“This is more than just the opening of a store – it’s bringing Kelowna cannabis home, and empowering the area’s cannabis community to enjoy their locally grown, quality bud of choice.”

DOJA Cannabis is one of those Okanagan-based growers, as is Flowr. Although Flowr is based in Ontario, the licensed producer maintains a legal grow operation in the Okanagan, and they are also thrilled with the opening of Kelowna’s first Hobo Recreational Cannabis store.

“In 2017 we established our Kelowna campus and it continues to be a single hub for our Canadian production because we believe it is the best place in Canada to operate.”

Currently, Hobo Rec. plans to have nine locations and is looking to hire over 200 retail positions in the next few months.

In addition to two locations in Vancouver (one on Main, the other on Granville near the airport), Hobo Rec. also operates an Ottawa location as well, which is its first (and busiest so far).