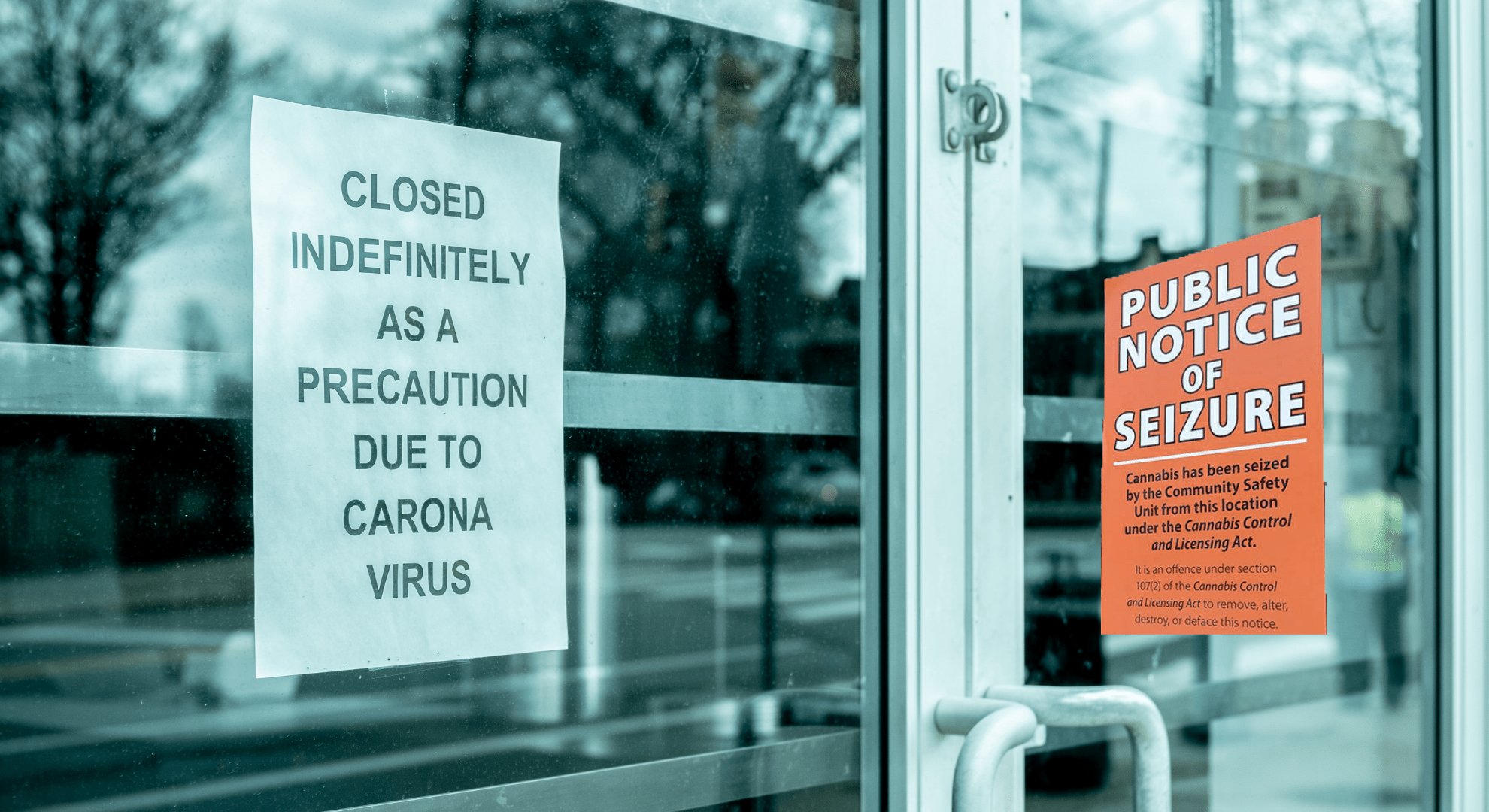 Legalization versus a pandemic, what hit the cannabis market harder?

After a landline phone call, a person in a low-profile car rolls up to the specified location 20 minutes later, and money exchanges for a sandwich bag lined with cannabis. A consumer must be knowledgeable and connected to trust the grow to find good strains (cultivars). Basically, this is the highly suppressed business model cannabis takes under prohibition without a grey market. And so, between dispensary raids during legalization and mandates during a pandemic, it is apparent which government action hit the cannabis market harder.

During a phone call, Michael Blanche the CEO and co-founder of Surfside was keen on a new shift to the digital universe as the pandemic reared its restrictive head in 2020 and 2021. Lockdowns and mandates mixed with society’s newfound agoraphobia forced the US cannabis market to go online during the pandemic. For Michael, this era was an odd opportunity since Surfside is a data collection agency on top of a marketing platform. So, cannabis has been pushed deeper into the hands of big tech over the past two critical years. In fact, during this period of restriction, Snoop Dogg’s capital firm known as Casa Verde invested $4 M into the platform.

Canada’s industry already understood the push into a centralized system all too well. Conveniently, the entire cannabis market experienced a shockwave north of the US border not even two years before the pandemic. True, opportunities created by legalization were ripe for the few in Canada. Conversely, however, illicit consumers and retailers established under municipal acceptance were hit harder during this period than the society-transforming pandemic.

During legalization, a predominant shift to a digital market occurred in Canada due to mistakes made by policymakers. It took a year before enough storefronts were granted legal retail licenses to support the market, and yet, numerous legacy businesses were shuttered immediately.

Why the impact of legalization was unparalleled

Bryan Raiser, the owner of a cannabis retailer in Squamish, British Columbia, legally opened in 2020. Because of this, Raiser did not notice a change in access caused by the pandemic, especially compared to a swath of raids that took out his dispensary and other legacy cannabis businesses in 2019.

I noticed a huge access issue after we were raided but that was noticed by most people.

So, compared to a deadly virus, the Community Safety Unit (CSU) that acted as the provincial enforcement body, prying dispensaries away from the tear-filled eyes of medical patients and their caregivers, did far more harm to small businesses. And keep in mind that many of those legacy dispensaries paid sizeable sums up to $30,000 for municipal licenses.

This means that these raids might be seen as a breach of trust on behalf of the crown in a court of law. Comparatively, however, certain civil liberties were torn away during the pandemic that even highly pro-response scientists and doctors considered a disheartening betrayal.

Forced online without access after legalization and freedom during lockdowns

Dispensary raids induced by legalization forced cannabis into a digital market in many provinces. Liquor boards ran the industry while forcing small businesses to operate illegally to survive. Similarly, the pandemic advanced the US market’s digital transition by two years in six months, according to Blanche.

Through the pandemic, we saw every single cannabis retailer overnight have a requirement to have an online presence. So, in terms of raw transaction volume and the orders placed by these platforms, it truly was an exponential curve… and that completely changes the discussion for consumers.

By a stroke of coincidence, Canada’s forceful actions to centralize the cannabis market occurred less than two years before an unprecedented viral outbreak was considered a pandemic. Despite their vast differences, both events hyper-digitalized a formally illicit consumer goods and health care market worth USD 60 billion.

Rather than a purely digital ecosystem catered by delivery drones, Blanche agreed that tech should only integrate with brick and mortar access. Budtenders should be given a tool to assist their compassionate role in the patient or consumer’s experience rather than be handed a robotic replacement. To support this concept, a new report discovered only 18% of consumers care about brands compared to 35% that care about flavour and smell — both trumped by THC percentage and quality of the high.

Overall, there have been big changes from a dealer on the other end of a cryptic phone call to every transaction tracked and recorded through an algorithm. Surfside also hopes to integrate this technology with social media accounts and the rest of the online universe. But of course, that is all limited by heavy censorship as scientists find themselves banned on Instagram for sharing cannabis education.

Let us know what you think of the cannabis market turning hyper-digital and laced with tracking technology. And check out this interview with a pot dealer to learn more about the impact legalization had on the market’s history.